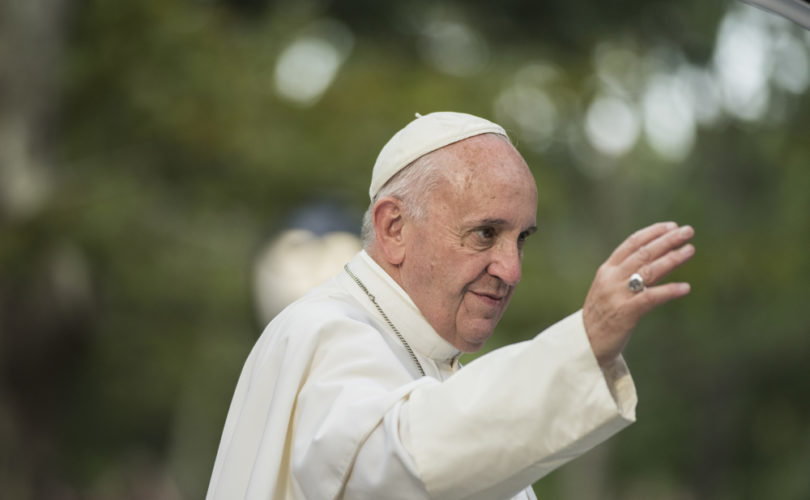 ROME, November 21, 2016 (LifeSiteNews) – In an apostolic letter to close the Year of Mercy, published this morning, Pope Francis has extended the provisions allowing priests to forgive abortions. He also extends the ability of priests within the traditionalist Society of St. Pius X to hear confessions, while indicating a hope that the Society would gain regular status in the Church.

Priests henceforth will be able to “absolve those who have committed the sin of procured abortion,” he writes in the letter, called “Misericordia et Misera.” “The provision I had made in this regard, limited to the duration of the Extraordinary Holy Year, is hereby extended, notwithstanding anything to the contrary.”

At the same time Francis strongly reiterated the Church’s condemnation of abortion as “grave sin,” since “it puts an end to an innocent life.” He urged every priest to “be a guide, support, and comfort to penitents on this journey of special reconciliation.”

The pope marked the close of the Year of Mercy on Sunday with a large Mass in St. Peter’s Square and the closing of the Door of Mercy. The Apostolic Letter is intended to “point out the path” for the future and outline regulations that will stretch beyond the end of the Holy Year.

About the SSPX, the pope writes:

For the Jubilee Year I had also granted that those faithful who, for various reasons, attend churches officiated by the priests of the Priestly Fraternity of Saint Pius X, can validly and licitly receive the sacramental absolution of their sins. For the pastoral benefit of these faithful, and trusting in the good will of their priests to strive with God’s help for the recovery of full communion in the Catholic Church, I have personally decided to extend this faculty beyond the Jubilee Year, until further provisions are made, lest anyone ever be deprived of the sacramental sign of reconciliation through the Church’s pardon.

The SSPX separated themselves from full communion with the Church by the illicit ordination of bishops on behalf of their founder, Archbishop Marcel Lefebvre, in 1988. Their subsequent excommunication – which was lifted by Pope Emeritus Benedict XVI in January 2009 – stipulated that it was impossible for priests to absolve validly from sins in the sacrament of confession due to a lack of proper jurisdiction.

Re-instituting validity in absolution was one of the elements of the Holy Year of Mercy, and with “Misericordia et Misera,” this will continue indefinitely. The next step could be a personal prelature granted to the SSPX, which would entail their restoration to full communion with the Church.

Another decision expressed by Pope Francis in the document is the continuation of the work of “Missionaries of Mercy.” “I thank every Missionary of Mercy for this valuable service aimed at rendering effective the grace of forgiveness. This extraordinary ministry does not end with the closing of the Holy Door. I wish it to continue until further notice as a concrete sign that the grace of the Jubilee remains alive and effective the world over.”

The Pontifical Council for the Promotion of the New Evangelization will supervise them and “find the most suitable forms for the exercise of this valuable ministry.”

The Pope pointed out the “crises of the family” for a word of “comfort and strength.” “The gift of matrimony is a great calling to which spouses, with the grace of Christ, respond with a love that is generous, faithful, and patient. The beauty of the family endures unchanged, despite so many problems and alternative proposals,” he wrote, while emphasizing that joy of matrimony and children is connected with a concern for their growth and education as well as “their prospects for happiness and fulfillment in life.”

While the Door of Mercy in churches all over the world will be shut, “the door of mercy of our heart continues to remain wide open,” he wrote. One of the concrete manifestations of “unleashing the creativity of mercy” will be a celebration by the entire Church of a “World Day of the Poor” on the Thirty-Third Sunday of Ordinary Time every year.