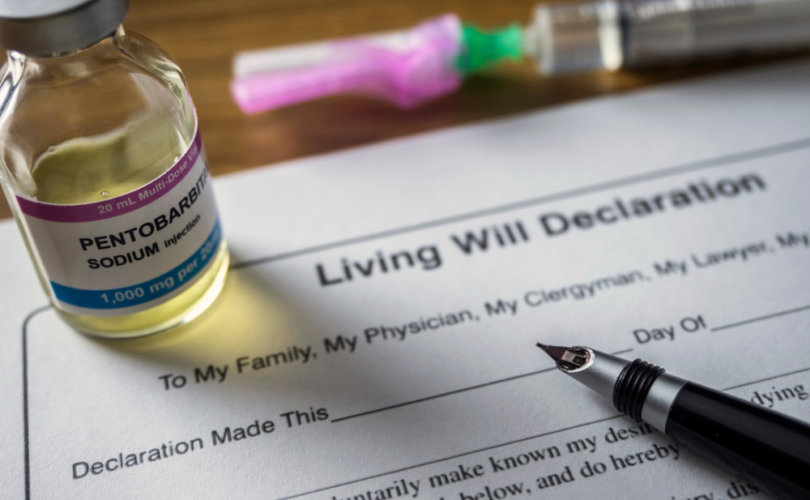 (Euthanasia Prevention Coalition) – Health Canada recently released the Third Annual Report on Medical Assistance in Dying in Canada (2021). The data is gathered from the reports submitted by the medical or nurse practitioners who carried out the euthanasia death. There is no requirement that a third party or neutral person submit the reports to ensure their accuracy.

The report indicates that the number of assisted deaths increased by 32.4 percent, representing 3.3 percent of all deaths in 2021.

When all data sources are considered, the total of number of euthanasia (MAiD) reported assisted deaths in Canada from legalization to December 31, 2021, is 31,664.

The report indicated that due to the passing of Bill C-7 in March 2021, 2.2 percent of the assisted deaths were people “whose natural death was not reasonably foreseeable.”

How did Bill C-7 expand eligibility for euthanasia in Canada?

This is the first Health Canada MAiD report since the federal government expanded eligibility for euthanasia in March 2021 by passing Bill C-7. The legislative change broadened the scope of euthanasia in Canada in five key ways:

There were 2,336 requests (19 percent) that resulted in an outcome other than MAiD:

The main reasons for requesting euthanasia were:

The federal euthanasia report essentially provides basic data that is not analysed. Québec is the only province that provides an analysis of the euthanasia reports, and has a multiple reporting system that may uncover discrepancies in the reports.

Amy Hasbrouck, the past President of the Euthanasia Prevention Coalition, examined the Québec report data (April 1, 2020 to March 31, 2021). Hasbrouck reported that since Québec has a multiple reporting system, the data indicates a discrepancy between the 2,426 euthanasia reports submitted by doctors and the 2,688 euthanasia reports submitted by hospitals, nursing homes, and other facilities: a discrepancy of 262 deaths.

Since Québec reviews the euthanasia reports, the Québec report indicated that at least seven of the euthanasia deaths did not fit the legal criteria. Canada’s federal report does not analyze the reports; it only provides data from the reports. Research needs to be done to ensure compliance with the law.

Sadly, Canada has quickly become the most permissive euthanasia regime in the world. Further to that, a Canadian government committee is examining expanding the law to include euthanasia for children, “mature minors,” and euthanasia for incompetent people.

Recent stories indicate that Canadians are now dying by euthanasia for reasons of poverty, disability, and mental illness.

It appears that the horse has already left the barn, but I have hope that Canadians will recognize that the slope we have chosen is very slippery and the direction needs reversing, not accelerating.
We need a caring community, not a killing community.