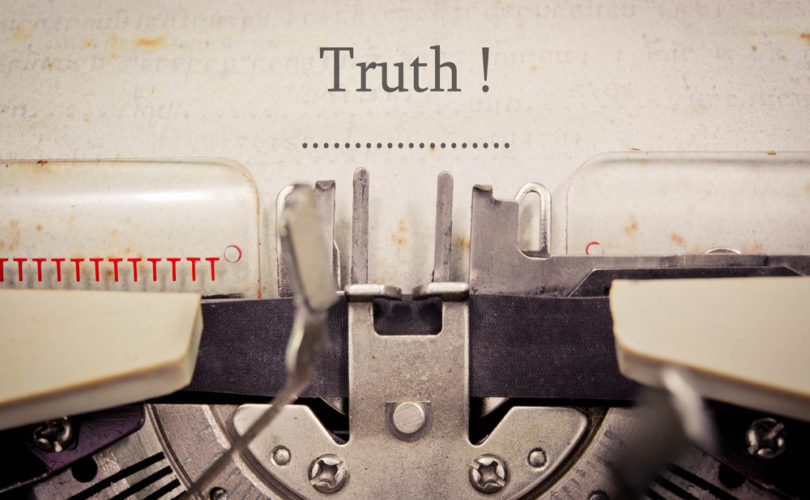 NEW YORK CITY, October 16, 2017 (LifeSiteNews) – The Associated Press (AP) has jumped on the gender bender bandwagon by agreeing to use transgendered-approved pronouns in its reporting.

In a series of tweets last Tuesday, the standard-setting news organization expanded on the 2017 style guidelines released earlier this year that had already mentioned the use of gender-neutral pronouns.

AP approved “they/them/their” for “stories about people who identify as neither male nor female or ask not to be referred to as he/she/him/her,” as reported in the Washington Post.

One change announced last week included using the phrase “gender confirmation” for “medical procedures often but not always used for a transition,” according to the tweets.

“Transition is the process by which people match their physical characteristics to their gender identity,” AP editors tweeted.

“Gender refers to a person’s social identity, while sex refers to biological characteristics,” they explained in another tweet.

“Call people transgender only if relevant; give the name they use publicly; avoid references to being born a boy or girl,” they stated in another tweet.

Call people transgender only if relevant; give the name they use publicly; avoid references to being born a boy or girl. #APStyleChat (2/3)

Sohrab Ahmari, senior writer at Commentary, said that “such language games will only discredit the media and underscore the Orwellian aspect of the transgender movement.”​

He said that with these guidelines, AP has come down on one side of an issue that remains hotly contested.

“You needn’t agree with social conservatives on transgender ideology to see that this is wrongheaded,” he wrote.

“Given the ongoing debate, AP’s move can’t but appear as an effort to delegitimize the other side, which includes not just orthodox Christians but also secular psychologists, social scientists, and many others,” he added.

The tweets in the October 10 #APStylechat were based on the 2017 AP Stylebook released in March.

AP editors did not accept the entire gamut of transgender-invented pronouns. AP tweeted that neologisms such as “ze” and “zir” were not approved for use, but hinted that could change.

“For broad audiences, it’s best to use terms with which people are most familiar. We are open to revisiting if usage increases,” AP tweeted.

For broad audiences, it's best to use terms with which people are most familiar.
We are open to revisiting if usage increases.#APStyleChat https://t.co/BxVct6fgQK

Ahmari commented that the “editors are using the AP’s style authority to declare the transgender debate over.”

“News articles on the transgender question—still the subject of heated scientific and political debate—will now reflect the assumptions and ideological preferences of one side,” he said.

Those “woke” journalists are refusing to “dead-name” transgendered people, that is, refer to their former name and identity, wrote Ahmari.

Indeed, so-called “dead-naming” is decried by the transgendered and allies as “transphobic.”

AP's move to use transgendered-approved pronouns in its reporting is part of a trend in the Western world to enshrine left-leaning ideology. Canada recently passed a law banning discrimination based on gender expression and will penalize those who use a non-preferred pronoun.

Critics, such as Ahmari, say such efforts “trample free speech.”