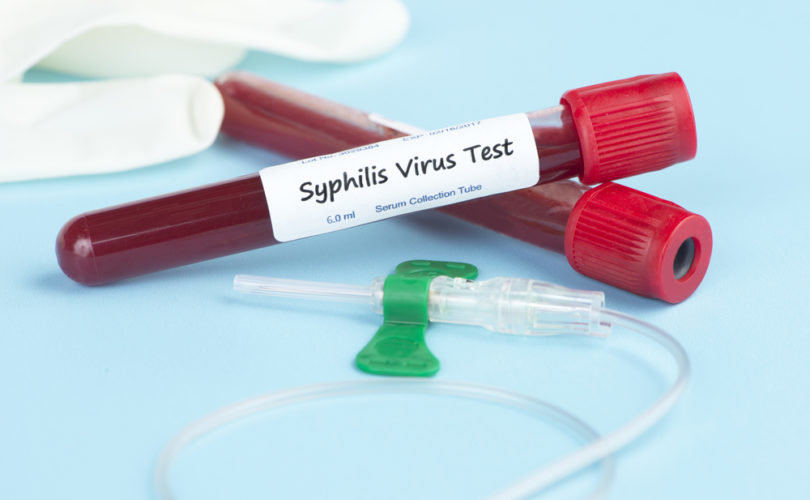 If the increase continues the number of cases is 'really going to reach into the sky,' said Dr. David Allison.

March 20, 2015 (LifeSiteNews) – The health care authority of eastern Newfoundland is warning the public of a significant increase in the numbers of infectious syphilis cases among homosexual men in the most populous region of the province.

Eastern Health said that last year there were a total of 26 cases of the sexually transmitted disease – already unusually high – but there have already been 15 cases of syphilis reported in the first three months of 2015.

The health authority said that the majority of the syphilis cases have been diagnosed in homosexual men between the ages of 20 and 49. Of even greater concern is that 10 of these men were found to also have an HIV infection.

“Over the last 10 years, the number of recorded cases of syphilis has increased from a few cases a year to the number we are seeing today,” said medical officer of health for Eastern Health Dr. David Allison in a news release.

“By informing the public of the increased risk of contracting syphilis and enhancing our efforts to identify and treat those who may have come into contact with it, Eastern Health hopes to prevent the further spread of this infection, as well as HIV.”

Dr. Allison told the St. John's Telegram that the rise in sexually transmitted diseases has been “astronomical,” and pointed out that “if that continues it’s really going to reach into the sky with the numbers.”

He noted that the health authority is worried that the syphilis infections may spread outside the homosexual community.

“Part of the concern is that this could get into the heterosexual population and become more widespread,” Allison said, adding that this could result in infants being infected with congenital syphilis, which can cause birth defects or stillbirth.

Gerard Yetman, executive director of the Newfoundland AIDS Committee, warned that the increase in syphilis and gonorrhea also indicates an increase in HIV infection in the province, as it’s easier for HIV to spread if a person is already infected with another sexually transmitted disease.

“The challenge with this is syphilis makes it easier to transmit HIV,” confirmed Dr. Allison.

In response to the growing number of cases of syphilis, the Communicable Disease Control Program at Eastern Health indicated it will be increasing sexual health clinics for testing, treatment and followup.