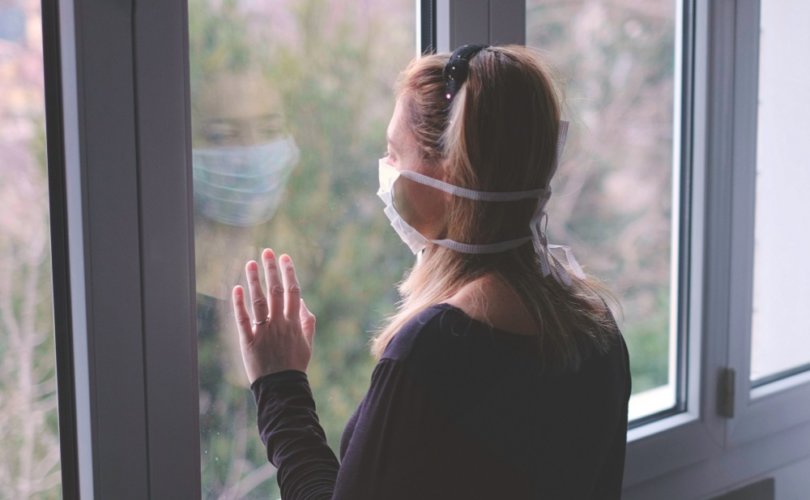 UPDATE, June 9, 2020: This post has been updated to include follow-up statements from WHO officials.

June 8, 2020 (LifeSiteNews) – The medical establishment is backing away from yet another piece of conventional wisdom about COVID-19, with the World Health Organization’s (WHO’s) admission Monday that individuals without symptoms are unlikely to spread the coronavirus, although the embattled medical body subsequently took pains to “clarify” its statements.

World governments’ initial decision to impose drastic restrictions on public activity, including widespread mask-wearing and “social distancing” of six feet or more between individuals, was based in large part on the belief that COVID-19 could easily spread among people who were unaware of being infected. But now the WHO is calling that theory into doubt, CNBC reported.

“From the data we have, it still seems to be rare that an asymptomatic person actually transmits onward to a secondary individual,” Dr. Maria Van Kerkhove, head of WHO’s emerging diseases and zoonosis unit, told the United Nations on Monday.

The admission provoked a strong backlash among supporters of continued lockdowns, prompting follow-up statements from Van Kerkhove on Tuesday, the Daily Caller reports. She suggested that she misspoke when she called asymptomatic spread “very rare,” and “was just trying to articulate what we know” from a “very small subset of studies.”

Van Kerkhove admitted Tuesday that the true number of asymptomatic carriers was still a question mark, but has been estimated anywhere from 6% to 40%. “What we need to better understand is how many of the people in the population don’t have symptoms, and separately, how many of those individuals go on to transmit to others,” she said.

Summary: WHO said yesterday that per actual tracking, Covid’s spread from asymptomatic cases is “very rare.”

WHO clarifies (does NOT walk back) today

B) But not yet WHO’s adapted view

So now asymptomatic transmission is a thing. Says @who.
Yep, I'm shocked, shocked that @who would change an important health recommendation or message around #COVID in the face of political and media pressure. It's only happened at least three times so far… https://t.co/Zlqwfp5uKA

Regardless, the original acknowledgement echoes what skeptics of the COVID-19 lockdown policies have been saying for months, to the scorn of politicians and so-called experts who have supported the lockdowns, and insisted that reopenings will bring about widespread death.

The news is particularly relevant for the demands that healthy people wear masks in public, which offer little protection to the wearer yet theoretically keep him from passing the virus to others. If asymptomatic spread is not a serious danger after all, then the case for asymptomatic people wearing them all but evaporates, as those confirmed to have COVID-19 are not supposed to go out in public in the first place, with or without a mask.

As of June 8, the world is estimated to have seen more than 7.1 million COVID-19 cases, with more than 407,000 deaths and 3.4 million recoveries. An estimated 40 percent of those deaths across the United States, and an equal or higher share among more than a dozen other countries, have come from nursing homes.

In the United States, the lockdowns, which were based in large part on the theory of asymptomatic spread, have led to the loss of hundreds of thousands of jobs, more than 33 million Americans filing for unemployment, fears that tens of thousands of small businesses will never reopen, and a range of other physical and mental health woes, due to everything from delayed medical procedures to social isolation to anxiety over being unable to work. Fortunately, various states lifting or softening their lockdowns last month led to the U.S. Labor Department announcing Friday that a record 2.5 million jobs were restored in May.