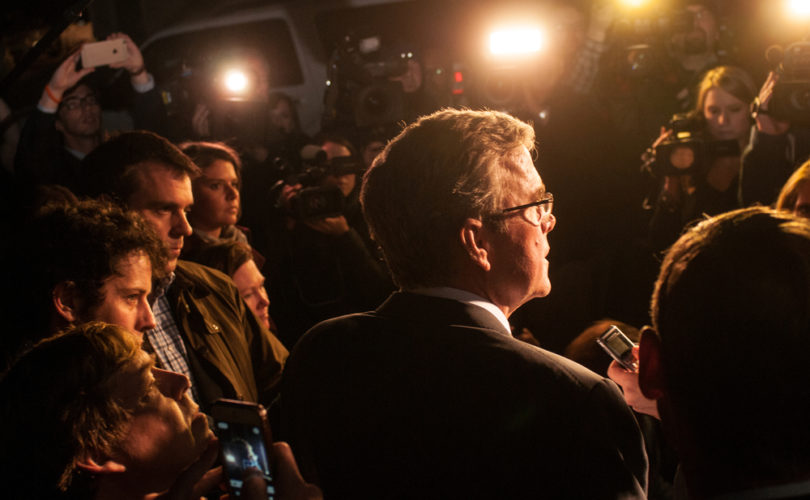 CNN reports that during the visit to Carolina Pregnancy Center, Bush decried Planned Parenthood's potentially illegal harvesting of unborn children's body parts. “It just troubles me that you would sell body parts. It just makes no sense to me,” he said.

“That is not a compassionate situation. Congress has every right to investigate these abuses.”

Additionally, said Bush, “I think it's time for us to re-evaluate all these programs. Government spends way too much to start with. There should be a thorough review of spending in Washington, D.C., particularly organizations that have a very deep political agenda. And that would be part of my mission as president, as well.”

Bush showed support for pro-life centers when he was governor of Florida. In 2005, Bush proposed a program that would help women find pro-life clinics. That program, according to PolitiFact, received $4 million at its launch, and $2 million annually during the rest of Bush's time as governor.

While in office, Bush was considered a conservative governor on many issues of public policy, including tax, budget, and life issues. In addition to famously defending disabled Floridian Terry Schiavo's right to life, Bush opposed embryonic stem cell research and signed a parental notification law. He also supported “choose life” license plates, and asked a court to choose a representative for the fetus of a mentally disabled victim of rape.

Overall, Bush has faced trouble on family issues, with some social conservatives objecting to his stance on marriage. Since announcing his candidacy for president, the brother and son of former presidents has called the fight over marriage a “distraction,” and he has said people should “respect” court decisions about marriage.

However, Bush contended 21 years ago that homosexual behavior should not incur the same respect as other markers for government nondiscrimination: “Or, to put it another way, should sodomy be elevated to the same constitutional status as race and religion? My answer is No. We have enough special categories, enough victims, without creating even more.”

That position was reversed earlier this year, when a spokesperson for Bush told Buzzfeed, “This opinion editorial from 20 years ago does not reflect Gov. Bush's views now, nor would he use this terminology today.”

“Gov. Bush believes that our society should have a culture of respect for all people, regardless of their differences, and that begins with preventing discrimination, including when it comes to sexual orientation,” the spokesperson added.