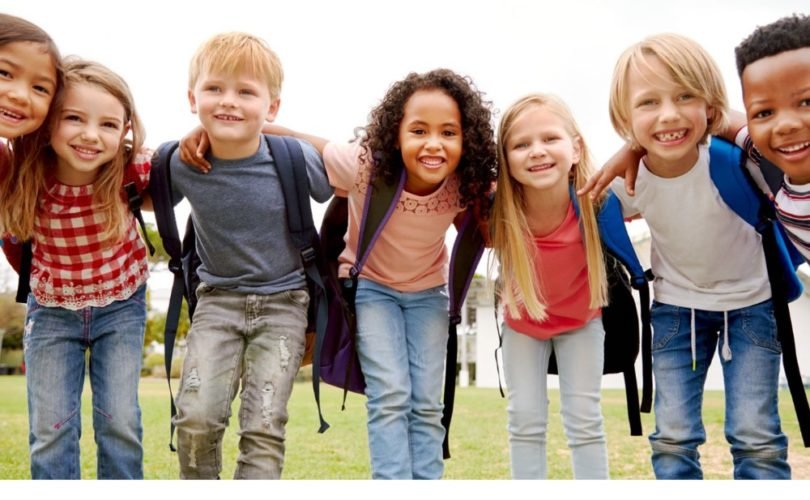 July 28, 2021 (Children’s Health Defense) – Pfizer and Moderna will increase the number of children in their COVID vaccine clinical trials prior to seeking Emergency Use Authorization (EUA), after the U.S. Food and Drug Administration (FDA) told the vaccine makers the size and scope of their pediatric studies, as initially envisioned, were inadequate to detect rare side effects.

Expanding the pediatric trials means thousands more children as young as 6 months old may soon be recruited and enrolled in COVID vaccine trials.

According to the Times, the FDA asked the companies to include 3,000 children in the 5- to 11-year-old group, the group for whom results were expected first.

One person, granted anonymity by the Times to speak freely, described that figure as double the original number of study participants.

Moderna researchers had intended to test the vaccine in about 7,000 children, with some as young as 6 months, according to ABC News, but the company told the news outlet today in an email they never decided on how many kids would be added to the trial.

Pfizer began testing its vaccine in children ages 5 to 11 on June 8, with those younger than 5 being included as of June 21. The study will involve up to 4,500 subjects from the U.S., Finland, Poland and Spain, according to the Wall Street Journal, which also reported the company declined to say whether the recent request from the FDA will change the timing of any authorization submissions.

Last month, Pfizer and Moderna said their vaccines for children 5 through 11 could be ready as early as September. Pfizer, which is on a faster timetable than Moderna, may be able to meet the FDA’s expectations on a bigger trial size and still file a request for expanded EUA by the end of September, the Times reported.

A federal official, who spoke to the Washington Post on the condition of anonymity because they were not authorized to speak publicly, predicted authorization of a COVID vaccine for children 5 through 11 might come by late October or early November.

The government is not expecting it will be a big problem to enroll more children because so many parents are eager to get their children vaccinated, the official said.

Moderna spokesman Ray Jordan told the Post the goal is “to enroll a larger safety database which increases the likelihood of detecting rarer events.”

“The FDA wants to be particularly careful about the possibility of children developing myocarditis, or heart inflammation, after receiving a coronavirus vaccine. Adolescents who receive the vaccines are more likely to develop myocarditis than adults — though the risk remains small — and officials want to increase the chances that the trials will indicate whether there is increased incidence of heart inflammation in children.”

The Centers for Disease Control and Prevention in June acknowledged 1,200 cases of heart inflammation in 16- to 24-year-olds, and said mRNA COVID vaccines should carry a warning statement. The FDA followed by adding the warning.

According to the latest data available, the CDC’s Vaccine Adverse Event Reporting System has received 383 reports of myocarditis and pericarditis in vaccine recipients between the ages of 12 and 17 years old, with 379 cases attributed to Pfizer’s vaccine.

For all age groups during the same period, 1,848 cases of myocarditis and pericarditis were reported to VAERS, with 1,176 cases attributed to Pfizer, 606 cases to Moderna and 62 cases to J&J’s COVID vaccine.

— Article continues below Petition —
PETITION: Support Texas Dad risking everything to save his son from being "transitioned" into a girl
Show Petition Text
9261 have signed the petition.
Let's get to 10000!
Thank you for signing this petition!
Add your signature:
Show Petition Text

Despite the known cases and the FDA warning, the CDC said the benefits of the vaccine outweigh the risk.

Doctors weigh in on ill-advised rush to vaccinate kids

The authors of an op-ed published earlier this month in The BMJ argued that even if one assumes the vaccine provides protection against severe COVID, given its “very low incidence in children,” an extremely high number would need to be vaccinated in order to prevent one severe case.

Meanwhile, a large number of children with very low risk for severe disease would be exposed to vaccine risks, known and unknown, they said.

“In the clinical trial underlying the authorization of Pfizer-BioNTech’s mRNA vaccine in children aged 12 to 15, of the close to 1000 children who received placebo, 16 tested positive for COVID-19, compared to none in the fully vaccinated group.

“Given this low incidence, the fact that COVID-19 is generally asymptomatic or mild in children, and the high rate of adverse events in those vaccinated (e.g. in Pfizer’s trial of 12-15 year olds, 3 in 4 kids had fatigue and headaches, around half had chills and muscle pain, and around 1 in 4 to 5 had a fever and joint pain), a comparison of quality-adjusted life-years in the trial would very much favor the placebo group.”

Doctors for COVID Ethics, an EU-based international alliance of hundreds of concerned doctors and scientists, said COVID vaccines are not only “unnecessary and ineffective,” but also “dangerous for children and adolescents.”

In an open letter to the EU’s Medicines and Healthcare Products Regulatory Agency, more than 40 doctors, medics and scientists in the U.K. said children are more vulnerable to the potential long-term effects of COVID vaccines.

In an open letter to the Medicines and Healthcare Products Regulatory Agency, more than 40 doctors, medics and scientists in the UK say children are more vulnerable to the potential long-term effects of COVID vaccines. #TheDefender https://t.co/kkgIp6jFsv

Vaccinating kids for COVID is “irresponsible, unethical and unnecessary,” they said.

The letter warned against vaccinating people under 18 because evidence shows the virus poses almost no risk to healthy children. The risk of death from COVID in healthy children is 1 in 1.25 million, the authors wrote.

COVID vaccines, however, are linked to strokes due to cerebral venous thromboses in people under 40 — a finding that “led to the suspension of the Oxford-AstraZeneca children’s trial,” the authors said.

“Children have a lifetime ahead of them, and their immunological and neurological systems are still in development, making them potentially more vulnerable to adverse effects than adults.”