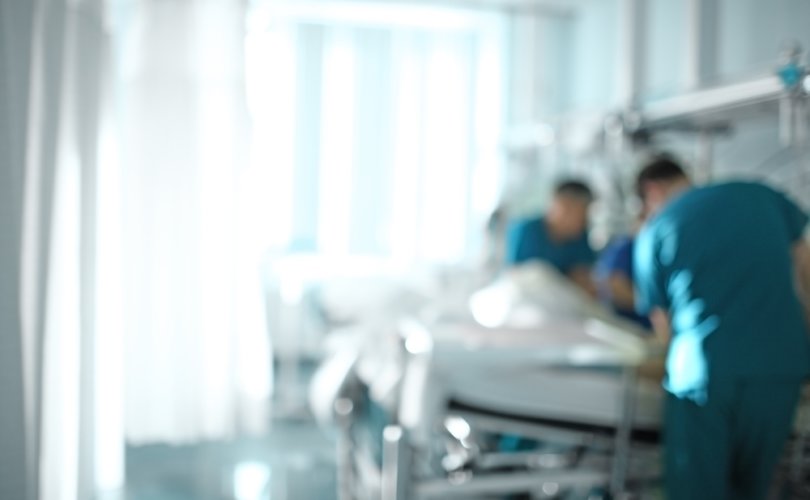 February 1, 2021 (LifeSiteNews) – At least 271 people have died after being vaccinated for COVID-19 as of January 22, according to U.S. government data released on Friday. The deaths were reported to VAERS, the vaccine injury tracking system for the U.S. Centers for Disease Control (CDC).

A total of 9,845 adverse events possibly linked to the COVID-19 vaccines made by Pfizer and Moderna have been recorded by VAERS so far, although the actual number of cases is likely far higher.

Individual searches cannot be linked from VAERS, but readers can find the data on the CDC’s online search tool here. MedAlerts, a popular, third-party CDC data aggregator is currently down.

VAERS, a voluntary surveillance system, picks up only around 1% of vaccine injuries, a 2010 report by Harvard researchers found.

One VAERS report states that 179 people have died since receiving Pfizer’s jab and that 94 have died who were given the Moderna vaccine. New data will be published by VAERS every Friday.

Anothers VAERS report indicates that the majority of these deaths have occured within 48 hours of the vaccine being administered.

More than 25 million Americans have received doses of either the Pfizer-BioNTech or Moderna shots, which were authorized for emergency use last month after less than a year in development. The vaccines, which are still technically experimental, do not purport to prevent asymptomatic COVID-19 infections or to last longer than one year. At least one congressman already has tested positive for the virus after getting both doses of the Pfizer shot.

A twenty-eight-year-old man with no pre-existing conditions or listed medications was “found unresponsive at work” in New Jersey two weeks after getting the Pfizer vaccine in December, one VAERS report relates. He was pronounced dead after being put on cardiac life support.

In Arizona, an 88-year-old woman with arthritis and high blood pressure experienced “[i]nitial pain in back of head and extreme headache” and vomiting after taking the Pfizer shot.

“At emergency, [she] went into [a] coma and was intubated,” her write-up reads, adding that she had a [h]ole drilled in [her] skull to relieve pressure.”

An older Florida man with a “clean bill of health” “became sick 3 hours after the vaccine and was found deceased 1 day after his vaccination,” a write-up from early January states. A 45-year-old mother in Georgia died “in the middle of the night” following vaccination with the Moderna jab the day before, another report reads. Nearly identical cases have been reported across the U.S., like those of Miami obstetrician Dr. Gregory Michael and a pro-vaccine healthcare worker in California.

VAERS notes the incidents of four elderly women, most of whom had survived COVID-19, all dying in Kentucky nursing homes on the same day within hours of receiving Pfizer shots from the same lot.

Eight unborn babies, many of them late-term and otherwise healthy, also were miscarried or stillborn soon after their mothers received the Pfizer vaccine, according to VAERS. Pfizer has warned that “pregnancy should be excluded” before vaccination.

VAERS also reports dozens, if not hundreds, of debilitating, non-fatal reactions to the vaccine, including seizures, cardiac arrest, and hemorrhage.

COVID-19 vaccine makers, as well as the FDA, have total immunity from liability related to injuries caused by the vaccines, and there are few legal remedies for victims or their families. The federal program tasked with handling compensation requests from COVID-19 vaccine injuries has denied 90% of claims in the last ten years.

The new data from comes just days after the National Institutes of Health upgraded its recommendation of ivermectin, a generic, viral-inhibiting drug that has been shown to treat the virus. Several observational studies and randomized trials have demonstrated that ivermectin substantially lowers the risk of death from COVID-19 without serious presenting side effects.

**[Editor’s note: an earlier version of this article said that at least 273 deaths had been reported by VAERS]

Learn how to report a vaccine injury or death here. You can read more about the facts of COVID-19 and the COVID-19 vaccine from LifeSiteNews here.