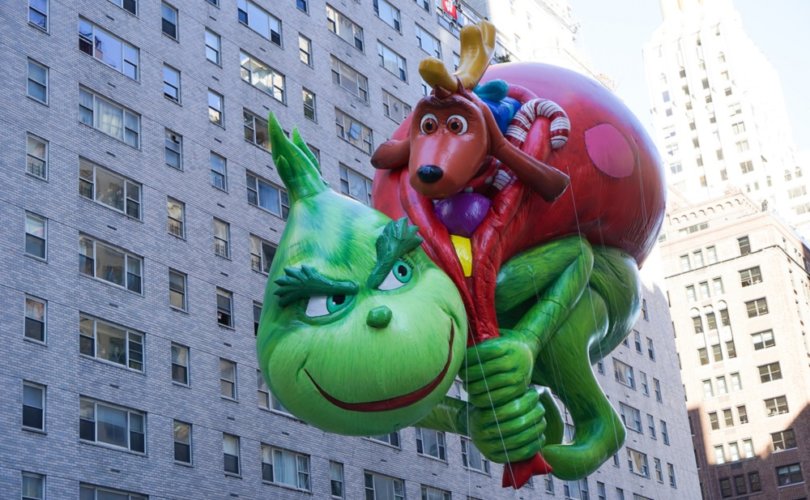 TULSA, Oklahoma, December 23, 2019 (LifeSiteNews) — A threatening letter from an atheist organization prompted an Oklahoma school district to cancel a live Nativity in a Christmas celebration for elementary school children.

School officials in Edmond, Oklahoma, canceled the live Nativity to be staged by third-graders at a public elementary school after receiving a letter from the atheist Freedom From Religion Foundation (FFRF). The October 11 missive from the atheist group accused the school district of an unspecified “constitutional violation.”

A concerned Edmond Public Schools community member has reported that each year, third grade teachers at Chisholm Elementary have students rehearse a live nativity scene, which students then perform at the school’s holiday concert in December. We understand that Chisholm students who participate in the nativity play various roles, including Mary and Joseph, etc. …

While a public school can hold holiday concerts, religious performances and instruction that emphasize the religious aspects of a holiday are prohibited[.] … A live nativity performance celebrating the story of Jesus’s birth is precisely the sort of religious endorsement prohibited by the Establishment Clause. …

Please note that including a live nativity performance in a school’s holiday concert remains illegal even if participation in the nativity scene is “voluntary.”

Pressing the school district to “ensure that future school-sponsored performances will not include nativity scenes and that District teachers will not promote religion through class assignments,” attorney Line demanded a response to his letter detailing the steps the district would take to meet his demands.

FFRF cited a lower court's opinion enjoining the school district from performing the live Nativity, finding that “when the School places such disproportionate emphasis in … the religious aspect of [Christmas] through the live depiction of the nativity scene, it ads to the perception that the School is actually endorsing that religion.”

In the interview with LifeSiteNews, Staver said that what FFRF did not mention was that the lower court ruling was overturned by the Seventh Circuit Court of Appeals. He said FFRF is aware of this precedent because the group had brought the original case to the court and lost.

Referring to FFRF, Staver said, “They did not fight the court of appeals that expressly overturned the lower court and upheld the school’s live Nativity scene.” A typical FFRF tactic, he said, is the group’s failure to cite relevant precedents and to “misrepresent the cases, in their letters, because they can’t go with what the law is. They want to misrepresent it.”

In advice to other school districts, he warned against taking action in the face of similar unsubstantiated threats from FFRF, saying, “It’s unethical for them [FFRF], frankly, to misrepresent a case. And they do it all the time.”

In an earlier statement, Staver declared that FFRF frequently “bullies and threatens people every Christmas, and that includes even children.” He added that FFRF continually mocks Christianity and “does not seem to know what the Constitution means.”

In a December 11 letter, Liberty Counsel attorney Richard L. Mast reassured Edmond district superintendent Bret Towne that “a live Nativity scene as part of a balanced Christmas program is not an automatic Establishment Clause violation.” Citing the findings, Mast quoted Reagan-appointed federal appeals judge Frank H. Easterbrook in his summary of the meaning of the clause in the Constitution forbidding the establishment of a state religion.

It is not sound, as a matter of history or constitutional text, to say that a unit of state or local government “establishes” a religion through an artistic performance that favorably depicts one or more aspects of that religion’s theology or iconography. The Concord Community Schools would not violate the Constitution by performing Bach’s Mass in B Minor or Handel’s Messiah, although both are deeply religious works and run far longer than the nativity portion of the “Christmas Spectacular.”

The co-president of the nonprofit FFRF is Dan Barker, a former ordained evangelical Christian minister who has embraced atheism. According to his FFRF bio, Barker is a pianist and arranger who was involved in Christian ministry and music for more than two decades. Founded in 1976, the FFRF website states that its members are dedicated to the separation of Church and state. It has chapters in every state of the U.S. Barker and co-president Annie Laurie Gaylor have a syndicated radio program.