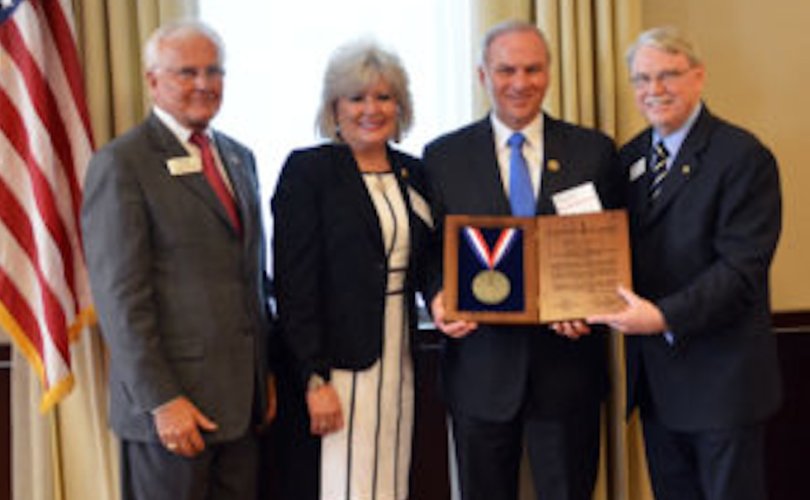 WASHINGTON, D.C., July 29, 2016 (LifeSiteNews) — The founder of a watchdog group promoting the absolute separation of church and state has filed a complaint against three military chaplains for wearing their uniforms at a conservative Christian chaplains' event.

Weinstein's complaint says the three attendees violated military policy “prohibiting the endorsement of a non-federal entity.” He also charged that the chaplains violated Air Force regulations that leaders' actions must not “be construed to be officially endorsing or disapproving of, or extending preferential treatment for any faith, belief or absence of belief.”

Weinstein further demanded that the chaplains “be very visibly punished for their deliberate, willful and wanton transgressions,” stating that they should be court-martialed for appearing in uniform.

Weinstein said he represents victims of bullying but used the characterizations “bigots,” “wretched” racists, “hyper-homophobic,” “sordid,” and a “notoriously Islamophobic, fundamentalist Christian bully.” He called the chaplains' meeting a “blatantly anti-LGBT, atheist-bashing, fundamentalist Christian supremacy event,” a “charade and spectacle of shame,” “ragingly anti-LGBT,” “unapologetic,” “homophobic … of the most repulsive nature and magnitude,” “with the horrid goal of allowing harassment and discrimination,” a “homage to homophobia and anthem to anti-atheism,” and a “primacy and triumphalism event.”

“Justice cries out for trial by courts-martial for those duly found to have criminally elevated their own personal sectarian version of horrifically homophobic, anti-atheist, fundamentalist Christianity,” Weinstein concluded.

“Only Mr. Weinstein and his woefully misnamed 'Military Religious Freedom Foundation' could string together so many hyperbolic adjectives and ad hominem epithets in a screed demanding that three U.S. military chaplains be punished for exercising their First Amendment freedom of religious expression at an event sponsored by a pro-chaplaincy and pro-liberty organization,” U.S. Army Chaplain (Colonel) Alexander F. C. Webster (ret.) told LifeSiteNews.

Chaplain Webster, who is also an Orthodox archpriest, concluded, “I hope and pray that the Department of Defense Inspector General will reject Weinstein’s latest effort for what it is — an anti-Christian crusade unworthy of his attention.”

Weinstein, a former Reagan adviser, started the Military Religious Freedom Foundation, which successfully lobbied to get Lt. Gen. William “Jerry” Boykin (ret.) banned from speaking at West Point and elsewhere because of what Weinstein called “hate speech towards Islam.”