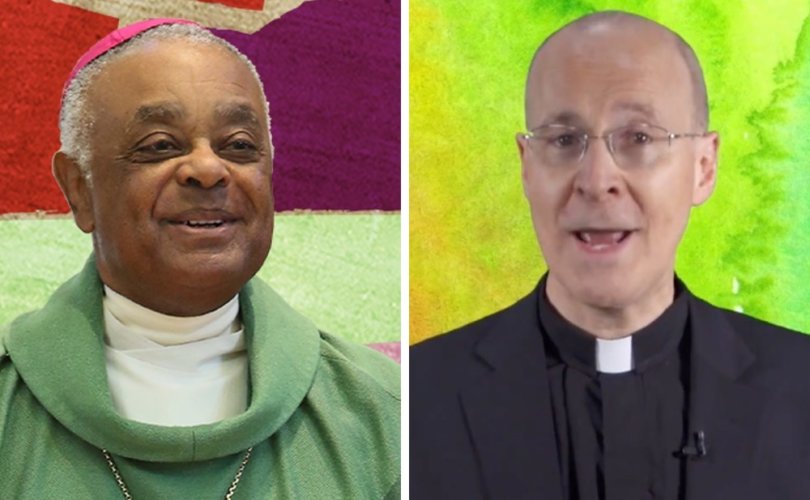 ATLANTA, Ga., September 17, 2018, (LifeSiteNews) – A U.S. archbishop has invited Fr. James Martin, SJ — the most outspoken proponent of the normalization of homosexuality within the Catholic Church — to speak in his diocese.

“Archbishop Wilton Gregory of Atlanta has graciously invited me to his archdiocese to speak,” said the Jesuit priest in a tweet, “so I will be speaking at St. Thomas More Parish (the Jesuit parish) on Sat. Oct 20 and at the Shrine of the Immaculate Conception on the morning of Sun. Oct 21.”

“I will be speaking on the same topic as I did at the World Meeting of Families: ‘Showing Welcome and Respect in Our Parishes to LGBT People and their Families,’” noted Martin in a follow-up tweet.

Archbishop Wilton Gregory of Atlanta has graciously invited me to his archdiocese to speak, so I will be speaking at St. Thomas More Parish (the Jesuit parish) on Sat. Oct 20 and at the Shrine of the Immaculate Conception on the morning of Sun. Oct 21. https://t.co/PxFw1kKtXB pic.twitter.com/yLabGfonI8

I will be speaking on the same topic as I did at the World Meeting of Families: “Showing Welcome and Respect in Our Parishes to LGBT People and their Families.”

Faithful Shepherds has listed Archbishop Gregory as not upholding Church teaching on homosexuality. News broke last month of Gregory’s appointment of a pro-gay priest who heads a gay-affirming parish to be diocesan spiritual director for victims of sexual abuse by clergy.

In 2017, Fortunate and Faithful Families held their fifth annual retreat at the Chancery of the Archdiocese of Atlanta, writes former homosexual Joseph Sciambra, who has since returned to the practice of his Catholic faith. The theme of the retreat was “Building Bridges of Love,” a take on the title of the homosexual-affirming book by Fr. Martin.

While the Catholic Church in the United States has been beaten down, gripped with story after story of predatory sexual abuse and cover-ups by priests and prelates—the vast majority of which are homosexual in nature—Fr. James Martin has continued to use his almost celebrity-status to continue to lobby for the Church to normalize homosexuality and transgenderism.

Last month while speaking at the World Meeting of Families in Dublin, Martin delivered his pro-homosexual presentation to a packed hall, declaring that active homosexuals “should be invited into parish ministries” specifically mentioning them becoming “eucharistic ministers” in order to make them welcomed and accepted in the Catholic Church.

Martin also said that “like any group, L.G.B.T. people bring special gifts to the church.”