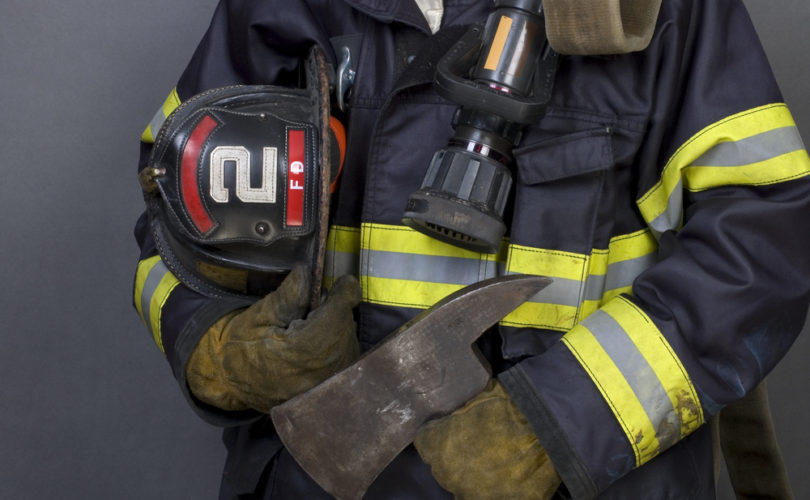 July 7, 2015 (DailySignal) — After being fired for writing what’s been described as an “anti-gay” book, former Atlanta Fire Chief Kelvin Cochran says he “absolutely” wants his job back.

“In the United States of America, Americans should not have to choose between keeping your job and living out your faith,” Cochran told The Daily Signal in an exclusive interview. “And that’s the position the city of Atlanta actually has taken—that I have to have a choice to live out my faith or to keep my job.”

Cochran was fired in January 2015 for publishing a men’s devotional book for a Baptist church group. In the book, “Who Told You That You Were Naked?” Cochran addressed issues of homosexuality, gay marriage and premarital sex from a biblical perspective.

“Many Christian men struggle with issues of sexual sin and sexuality, and so I spoke to that in the book—why God created sex and that God’s purpose for sex was for procreation, and to do it his way it has to be done in holy matrimony,” Cochran explained. “That led to the controversy.”

In his 34 years of service, Cochran had never been accused of discrimination.

The controversy with his book began in late 2014, when gay activist groups caught wind of the literature and demanded that Cochran be dismissed.

Atlanta Mayor Kasim Reed then acted to suspend Cochran and ordered him to undergo “sensitivity training.”

“I profoundly disagree with and am deeply distrusted by the sentiments expressed in the paperback regarding the LGBT community,” Reed said in a statement. “I will not tolerate discrimination of any kind within my administration.”

In January, the mayor fired him.

“This is about judgment,” Reed said in defense of his actions. “This is not about religious freedom, this is not about free speech … Judgment is the basis of the problem.”

Cochran told The Daily Signal that he does not judge anyone.

Upon being fired, Cochran filed his own federal lawsuit against the city of Atlanta, alleging that he was wrongfully terminated and being discriminated against for his Christian beliefs.

“In the United States of America, we are guaranteed the freedom to live without fear of being terminated or experiencing any adverse action for the free expression of our beliefs and thoughts,” Cochran said. “It was an injustice against me on that basis.”

The case is still ongoing.

His lawyer, David Cortman, who serves as senior counsel and vice president of litigation with Alliance Defending Freedom, said the lawsuit has national implications “for several reasons.”

“First off, do we want the government deciding that anyone that holds views that are in conflict with the government’s views can’t work—can’t make a living?” Cortman asked.

That should worry all of us regardless of your religious viewpoints, your ideological viewpoints, your political viewpoints. It should not matter your viewpoints to hold a job. The second thing that should worry everyone is, we have a right to religious freedom to free exercise in the Constitution and that gives a person the right to say look, I don’t have to choose between my faith and making a living. But that’s exactly the choice that the city put on Chief Cochran.

Cochran maintains that “tolerance is a two-way street.”

He believes Reed showed “zero tolerance” by firing Cochran for expressing his beliefs.

“People of any faith, when they’re strong in their faith, they would choose to live out their faith over keeping their job,” Cochran said. “But that should not even be a dilemma for any American in this country.”