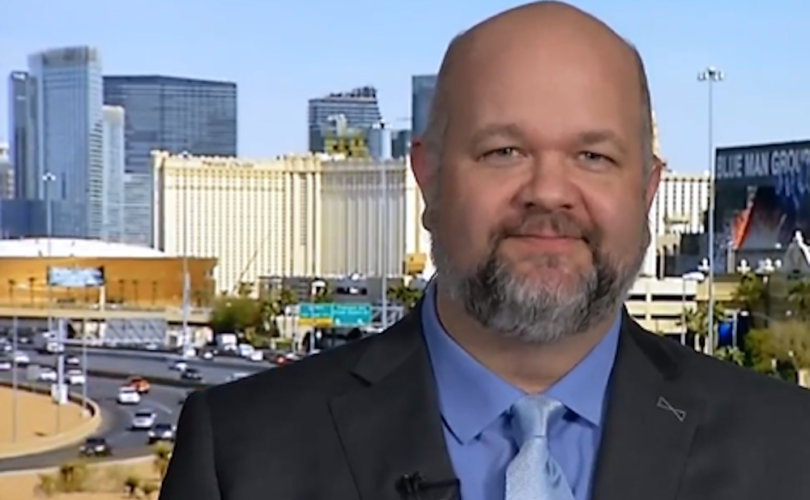 LAS VEGAS, January 25, 2019 (LifeSiteNews) — A California attorney representing the families and students of Covington Catholic High School at no charge confirmed to LifeSiteNews that the FBI and the Los Angeles police department have begun an investigation into a bomb threat issued to his office.

In an email response, attorney Robert Barnes said the state attorney of Kentucky and local law enforcement are looking at threats made against the school, which was under heavy police protection on Wednesday.

Controversy ensued after an initial edited video made the rounds on the internet on Saturday, which lent itself to a narrative that Covington Catholic students had seemingly taunted an elderly counter-protester at the March for Life on January 18. Media outlets were joined by prominent pundits and Catholic clergy who denounced the teens.

Subsequent video revealed, contrary to widely circulated reports and opinion, that Native American activist Nathan Phillips approached the teens who had been engaged in banter with a group called Black Hebrew Israelites, who made homophobic and racist remarks to the teens.

Phillips went on to make statements to the press that have been challenged by Nick Sandmann, the 17-year-old Covington Catholic teen who has been a focus of the incident.

On Wednesday, Barnes announced that those who have made erroneous reports about the Covington Catholic students had 48 hours to apologize and retract their statements or face lawsuits for libel.

Speaking to Fox News’ “Fox & Friends” about the prospective lawsuits, Barnes said, “If you've said anything false about these kids, they are willing to extend you a 48-hour time period — a period of grace consistent with their Christian faith — for you to, through confession, get redemption and retract and correct and apologize.”

Barnes told Fox News on Wednesday that respondents had until Friday morning to apologize and retract their statements about Covington Catholic High School and students. Lawsuits, he said, may be filed next week.

Barnes told LifeSiteNews that Phillips is not among those he proposes to sue at this time, nor are the American Indian Movement, the Indigenous Peoples March, and the Lakota People’s Law Project. Barnes confirmed that he is representing about a dozen families of Covington Catholic students, as well as their classmates as a class. He said his clients are pursuing monetary compensation for damages.

In the wake of the controversy, issued scant hours after the initial video circulated, the Diocese of Covington and Covington Catholic High School released a joint statement condemning the high school students. “This behavior is opposed to the Church’s teachings on the dignity and respect of the human person. The matter is being investigated and we will take appropriate action, up to and including expulsion,” they said.

Bishop Roger Foys presides over the diocese and was seconded by Archbishop Joseph Kurtz of Louisville, who slammed the students’ “shameful actions.” The Covington diocese statement has since disappeared from the diocesan website.

Diocesan offices and the school were closed Tuesday because threats to the school and students. A rally was held by The American Indian Movement of Kentucky and Indiana, where protesters demanded to speak to the bishop and a change to the school curriculum.

Once more videos emerged and retractions started rolling in, a new statement appeared on the diocesan website. Currently, the only functioning page on the website acknowledged that local police had received intelligence about the protest and threats. Concerning the incident, the website said, between “Covington Catholic students, Elder Nathan Phillips and Black Hebrew Israelites,” there is an independent investigation going on. “This is a very serious matter that has already permanently altered the lives of many people,” it said, adding, “It is important for us to gather the facts that will allow us to determine what corrective actions, if any, are appropriate.” Praying that the truth may be found and the “unfortunate situation may be resolved peacefully,” the website said there will be no further statements until the probe is complete.

As for taking action against the Diocese of Covington and the March for Life organization, Barnes said he does not plan to do so “at this time.”

According to OANN reporter Jack Posobiec, Barnes believes that Bishop Foys is not conducting an impartial investigation of the incident but is seeking to avoid legal consequences of any false statements he may have made. Also, according to Posobiec, Foys is investigating Sandemann’s “intent” when he stood silently in front of counter-protester Phillips, who was loudly chanting and banging a drum just inches away from the boy’s face during the encounter. Parents of the students have received a notice from the investigators engaged by diocese asking for permission to speak to the students.

#Breaking on @OANN: Covington families attorney @Robert_Barnes tells us the bishop is not running an impartial investigation, but attempting to cover himself from legal consequences of his own false statement condemning the students