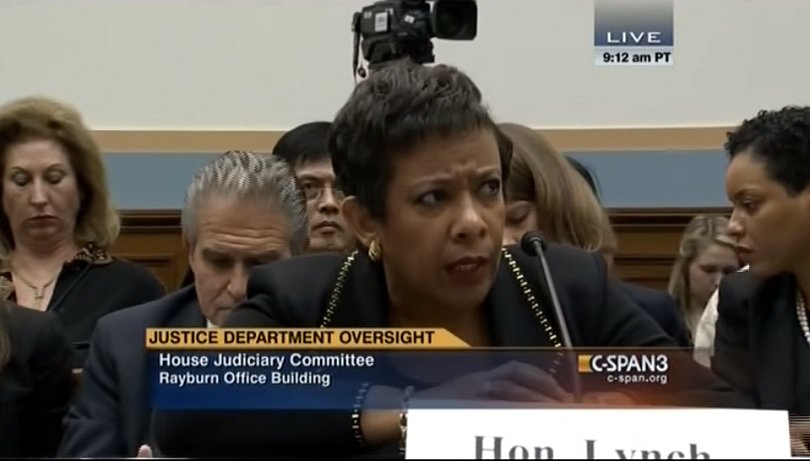 WASHINGTON, D.C., November 20, 2015 (LifeSiteNews) – Attorney General Loretta Lynch would not answer whether she supports, or would enforce, a law to protect babies born alive during botched abortion procedures.

“There's legislation here in the Congress that's passed the House that would give definitive protection to born alive – now, I'm not talking about unborn babies – but born alive babies that have survived the abortion process,” Rep. Trent Franks, R-AZ, told the Obama appointee during testimony before the House Judiciary Committee on Tuesday. “Would you support that legislation, and would you enforce it if it were in statute?”

Congressman Franks referred to H.R. 3504, the “Born-Alive Abortion Survivors Protection Act,” which he introduced. The bill states, “If an abortion results in the live birth of an infant, the infant is a legal person for all purposes under the laws of the United States, and entitled to all the protections of such laws.” Abortionists who allow children born alive during abortions to die would be jailed for five years.

The bill passed the House on September 18 in a bipartisan 248-177 vote supported by five Democrats. It has yet to be introduced in the Senate.

However, Lynch did not commit to enforcing the act if it were to become law.

“Congressman, I have not seen those drafts,” Attorney General Lynch responded. “Certainly with respect to any draft legislation proposed by this body, the Department of Justice will review it and provide the relevant input to you for your help and for your use.”

“But generally would you support legislation supporting born alive abortion survivors?” he asked.

“Not having not seen the drafts, I'm not able to comment on specifics,” she demurred.

Franks followed up by asking if, “just generally,” she supported such laws.

“We would look at whatever proposals you have –” Lynch continued.

Lynch would respond only that she “would look at whatever proposals you have, Congressman.”

“That's too bad you can't answer a question like that,” Franks concluded.

When she later offered to respond to another of Franks' questions in writing, he replied, “I hope that you would respond in writing to those questions, because you certainly haven't answered them here, with all due deference to you.”

He also slighted former Attorney General Eric Holder, saying, “The last person who held your position didn't answer them either, and promised to respond in writing – and didn't do that, either.”

Lynch's non-committal answer about whether she would enforce a bill should it become a law stands in stark contrast to her predecessors, such as John Ashcroft, an outspoken pro-life Pentecostal Christian.

During his confirmation hearings in 2001, when asked if his Biblical values would prevent him from enforcing existing statutes recognizing abortion, Ashcroft replied, “I well understand that the role of attorney general is to enforce the law as it is, not as I would have it. I accept Roe and Casey as the settled law of the land. If confirmed as attorney general, I will follow the law in this area and in all other areas.”

Later in the exchange, Lynch said she had “not undertaken a review of the videos” produced by the Center for Medical Progress featuring Planned Parenthood officials discussing the harvesting and sale of aborted babies' organs.

“I am, of course, aware of the news reports about them,” she said, a familiar refrain from Obama administration officials who do not wish to comment on scandals involving their political allies. “I don’t have any further comment on it at this time.”

“Have you personally reviewed any of the videos released by the Center for Medical Progress? If so, was there anything in their videos that you found disturbing?” Franks asked.

“Congressman, I have not undertaken a review of the videos,” Lynch admitted.

She continued: “I am, of course, aware of the news reports about them. As I indicated, all of the information received by the Department is currently under review so I don’t have any further comment on it at this time.”

Are you confused about the Loretta Lynch/human trafficking deal? Here’s what happened