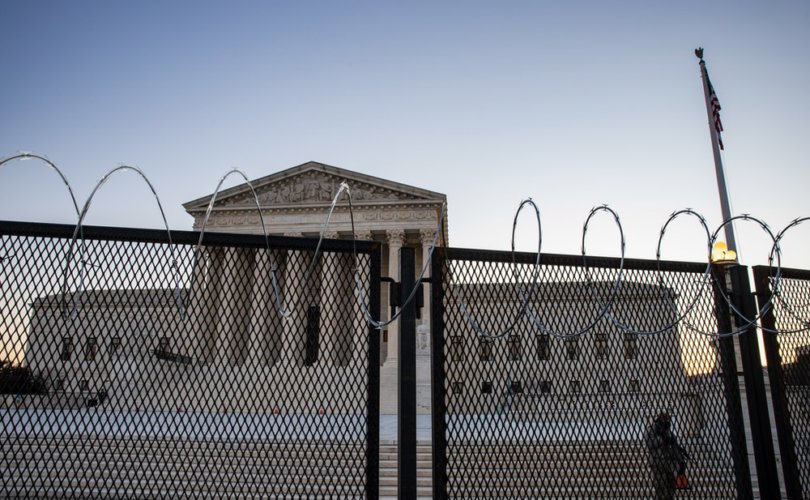 DENVER, Colorado, February 19, 2021 (LifeSiteNews) — A 116-year-old legal decision about vaccines led to one of the most shameful decisions in American legal history.

Messall said she was “shocked” when she listened in on a recent case in Kentucky about a drive-in church service when the state’s attorney, arguing that the service violated the executive order, cited the 1905 vaccine case.

“That was a shocking piece of authority that I heard them arguing for,” Messall said.

The Colorado attorney was already concerned about all of the “hype” for vaccines that didn't yet exist, and it seemed to her that some kind of political extortion was going on because the U.S. had had unprecedented severe lockdowns and the promotion of vaccines using a 1905 case.  As a pro-life lawyer, she had read up on eugenics, and the year 1905 both rang a bell with her and made her think about Buck v. Bell.

— Article continues below Petition —
PETITION: No to mandatory vaccination for the coronavirus
Show Petition Text
1081681 have signed the petition.
Let's get to 1100000!
Thank you for signing this petition!
Add your signature:
Show Petition Text

“1905. Well, that's right: the year after [Francis] Galton established his Chair in Eugenics at the London School of Economics,” Messall said.

“But I wondered what that had to do with Buck v. Bell, the sort of epitome of that horrible eugenics movement disguised as public health,” she continued.

“So sure enough, I looked up the horrible Buck versus Bell case, and the very citation that everyone knows […] was enunciated in that case: ‘Three generations of imbeciles are enough.’ You know what the direct cite was? It was to the vaccine case of Jacobson v. Massachusetts.”

Oliver Wendell Holmes, the U.S. Supreme Court justice who wrote the 1927 ruling allowing the state to sterilize the unfortunate Carrie Buck, believed that the “sterilization of the unfit” was in society’s best interests.

The 1905 decision upholding states’ rights to vaccinate residents over the objections of a Cambridge pastor, Henning Jacobson, who had had (and whose son had had) a vaccination injury also led to the justification of putting Americans of Japanese descent into internment camps, Messall believes.

“What springs to mind right after Buck versus Bell is the horrible Korematsu case [1944],” the attorney said.

“Korematsu was the relocation of all the Japanese Americans out of their homes and put into camps for four years. No due process, no nothing. It was an executive order.”

Messall said that the influence of Jacobson on eugenics and the Japanese internment was ironic in that the Jacobson was not a forcible sterilization or forcible vaccination case, but “just a state statute.”

“And the man who objected [Jacobson]…brought a poor case,” she continued.

“It was thrown out because the claims were not properly stated, and also the statute in Massachusetts did not require you to be vaccinated. So that's what happened. And yet from that opinion came Buck v. Bell and a horrible history of eugenics.”

The Jacobson v Massachusetts case has been interpreted as the state having the power to vaccinate people against their will, but fortunately that reading is not universal and has lately fallen into disfavor.

“It's been tempered down in the last few cases that I've seen come through, including the United States Supreme Court,” Messall said.

“[However] Justice Roberts referred to it obliquely—and it was not a binding opinion or anything—but in the first couple of cases that came their way on the court, they were referring to Jacobson as if it were authority,” she continued.

“And in the next few cases that came their way, they didn't do that anymore. There was one line by Justice Gorsuch to the effect of ‘When we just uphold these executive orders blindly, things don't turn out well.” And he, I know, has a background in eugenics because he wrote a book about physician-assisted suicide [citing Carrie Buck].”

The pro-life attorney said that she hopes the courts will stop relying on Jacobson and start thinking about executive orders in the context of World War II.

“We already been there, done that,” she said.

“That was Germany. That was the Eastern Bloc. We just don't do these things, although we're suffering through them right now.”

Messall also thinks that the courts should formally “denounce and overrule” both the Buck v. Bell and the Jacobson decisions. She takes hope from the fact that the Korematsu decision depriving Japanese-Americans of their liberties was eventually denounced.

“That was a very refreshing and hopeful sign,” she said.

Attorneys Brad Bergford and Thomas Renz were also part of the interview. Bergford, who with Messell has been defending church congregations in Colorado, discussed the constitutional right to the free exercise of religion as enshrined in the First Amendment. Renz discussed how “emergency measures” should not be used during chronic situations. As experts say COVID-19 is here to stay, there is no longer a coronavirus “emergency,” he believes, but a chronic situation. Regulations and laws related to masks and other anti-COVID measures should be put “through the legislative process, the regulatory process that’s laid out in the law, just like they would in any other law,” Renz said.

“And then they can deal with the political fallout for destroying businesses and shutting down the country.”