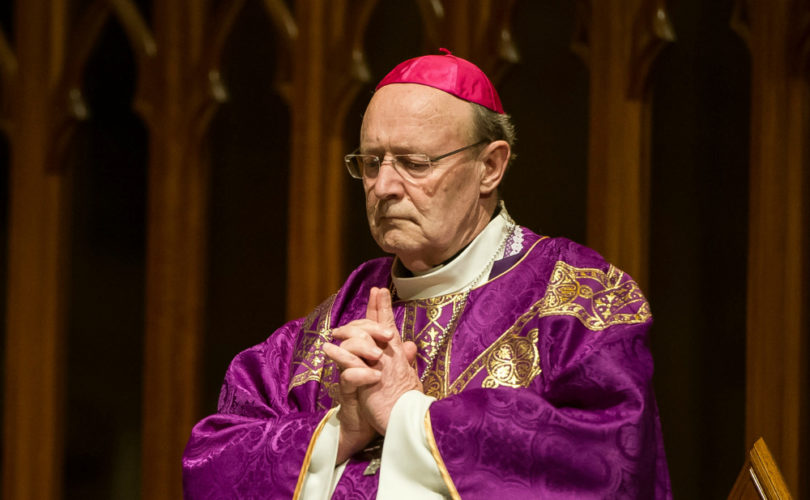 TASMANIA, Australia, November 13, 2015 (LifeSiteNews) — An Australian Catholic archbishop is facing legal action after recently distributing a pamphlet to local Catholic school children that supported Catholic teaching on marriage being between a man and woman.

The 18-page pamphlet titled “Don’t Mess With Marriage” was put out by the country’s bishops and details the Church’s teaching on sexuality and marriage. The pamphlet states that it is “gravely unjust” to children, adults, and society to redefine marriage to allow for homosexual partnerships to be called “marriage.”

“The Catholic Church cares deeply about marriage because it is a fundamental good in itself, a foundation of human existence and flourishing, and a blessing from God,” states the pamphlet.

Martine Delaney, the homosexual activist behind the complaint, says the pamphlet “offends and humiliates” same-sex partners and the children they look after by indicating that “same-sex relationships are [merely] friendships,” that “same-sex attracted people are not whole,” and that the “children of same-sex couples are not healthy or virtuous.” Delaney’s complaint to the Tasmanian Anti-Discrimination Commissioner was lodged September 15.

The archbishop went on in his Facebook post to “state for the record” his motives for distributing the pamphlet.

“In distributing the Pastoral Letter, ‘Don’t Mess With Marriage’, my aim was to assist the Catholic community in understanding the teaching of the Catholic Church, at a time when debate on this matter was widespread within the community.”

“The intention was to inform the debate as leader of the Catholic Church in Tasmania, to ensure the Catholic community understood where we stand on the issue of marriage.”

“It was not my intention to offend, rather, it was and is, to express the teaching of the Catholic Church. I regret if offence has been taken by individuals, and will work with the Commission to resolve this matter,” he said.

In 2011 Archbishop Porteous wrote a column in which he argued that discrimination, though cast in a negative light in modern society, can be an important quality, and even a virtue that reflects wisdom and prudence.

“[Discrimination used to be] considered a natural process to make decisions, judgements and distinctions on the basis of distinguishing between objective good and evil, between right and wrong,” he wrote at that time. The bishop’s words reflect a passage in the Catechism of the Catholic Church that calls for an end to “unjust discrimination” against homosexuals, implying that there can be a “just discrimination.”

“The future of our society depends upon our ability to discriminate between good and evil, right and wrong and what is or is not acceptable behaviour for our society,” he wrote.

In 2013 the Archbishop faced accusations from the Anti-Discrimination Commissioner that he may be found to have violated state law if he restricted altar serving to boys.