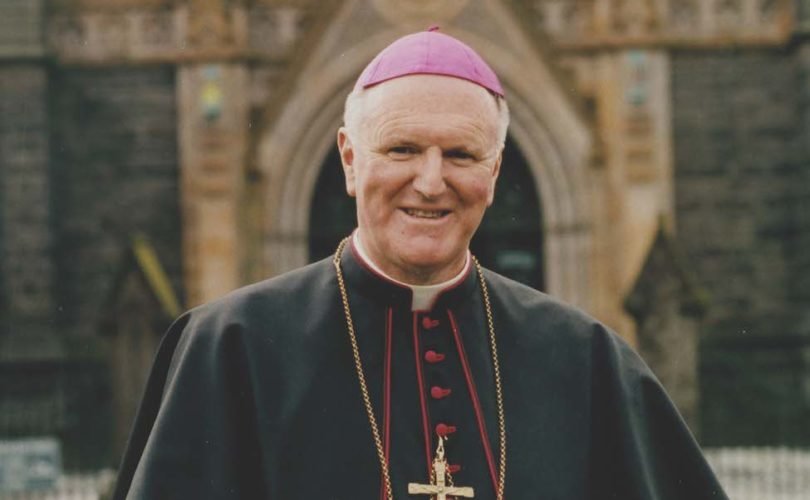 MELBOURNE, Australia, February 12, 2016 (LifeSiteNews) – A Catholic member of Australia's Parliament won`t be giving the keynote address to Catholic social workers as scheduled because of her public support of same-sex “marriage.”

MP Cathy McGowan was going to speak to Catholic Social Services workers from all over Australia at a conference later this month until Melbourne Archbishop Denis Hart asked that she be disinvited because of her open backing of same-sex “marriage” legislation opposed by the Church. The conference organizers complied.

Archbishop Hart’s spokesman Shane Healy told reporters, “There was no malice,” on Hart’s part, nor did he want to “in any way embarrass Cathy, but he would see with a conference such as this that the keynote speaker should be in line with Catholic teaching on that very important topic.”

Catholic Social Services Victoria executive director Denis Fitzgerald admitted that his group should have “factored in all relevant issues before we invited Cathy.”

Fitzgerald speculated that the archbishop left it till so soon before the conference to cancel its keynote speaker to the simple fact he “hadn't turned his attention” to the conference agenda.

McGowan pronounced herself “really, really disappointed” about the cancellation and expressed the wish that “the archbishop would reconsider.” Her topic, she said, was to have been existing social inequalities in “regional and rural Australia,” especially with regard to the homeless and unemployed, and “the good work the Church is doing” in those areas—not same-sex “marriage.”

She characterized her defiance of Church teaching on homosexuality as a difference of opinion between “my viewpoint and the archbishop’s position.” But McGowan, an independent MP, went so far as to co-sponsor a private member’s bill last year to legalize same-sex “marriage,” the latest in over a dozen failed legislative efforts. The current Coalition government has promised a national plebescite on the issue this year.

McGowan told a supportive talk show host this week she was a “practising Catholic with inverted commas around practising,” and an active participant in parish activities.

Christian opponents of same-sex “marriage” have warned that its legalization would bring persecution of those who see homosexual relations as sinful and suppression of their free speech. Already in Australia, Hobart Archbishop Julian Porteous has faced a human rights investigation over a pamphlet condemning same-sex “marriage.”