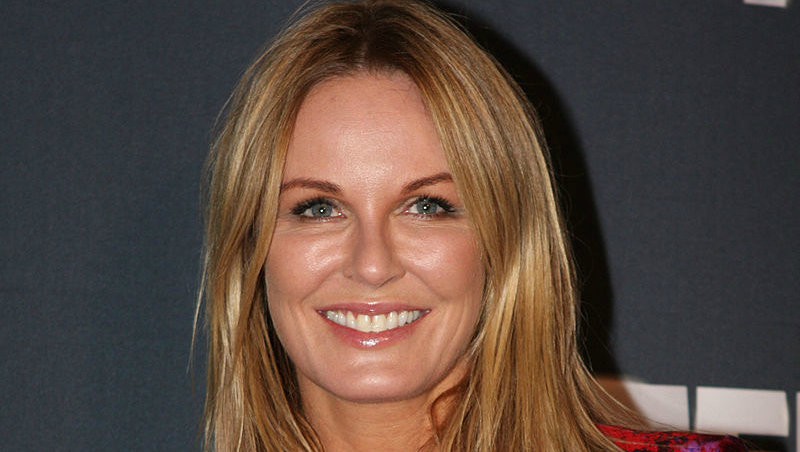 AUSTRALIA, February 25, 2014 (LifeSiteNews.com) – A famed Australian TV personality known for her beauty and bright personality was found dead Friday, hanging in her apartment. While international mainstream media blames Charlotte Dawson’s death on her depression caused by social media bullying, the woman admits in her autobiography that it was in fact her abortion 15 years ago that introduced her to what she called the “depression bogeyman.”

“When I got home [from the abortion], I felt that something had changed. I felt a shift. Maybe it was hormonal, but I felt the early tinges of what I can now identify as my first experience with depression,” wrote Dawson in her 2012 autobiography Air Kiss & Tell.

Australians were shocked to learn of Dawson’s suicide. Only hours before her body was discovered by a real estate agent, Dawson had appeared on a show looking calm, composed, and on top of the world. No foul play is suspected.

Dawson’s is a story of tragic loss, betrayal, and depression. She married Olympic swimmer Scott Miller in 1999, one year before the Summer Olympics in Sydney. The newlyweds were considered to be one of the most glamorous celebrity couples in Sydney at that time.

Dawson soon became pregnant with her first, and as it turns out, only child.

“I knew I was pregnant; I didn’t have to have the test, I could just feel it. It was the most brilliant but terrifying feeling and the test did, as expected, confirm it,” she wrote in her autobiography. “We were going to have a baby. I was actually going to be a mother. If there had been room to have butterflies in my stomach, I figure I could have managed that as well, such was my ability to multi-task.”

But Dawson’s husband Miller was not supportive of the pregnancy because the upcoming Summer Olympics would conflict with the due date.

“I could sense some hesitation in Scott. My due date would clash with the 2000 Olympic Games and this was very concerning. Everything Scott had done was leading up to this moment and nothing could stand in his way, so it was decided that we would terminate the child and try again later.”

“Who needed a developing foetus when a gold medal was on offer, eh?” Dawson wrote.

But Dawson could not reconcile the decision to abort with her inner self. She knew that somehow she was not being true to herself as a woman and mother who was carrying a new life within.

“Inside I was in total turmoil. I wanted the baby. How long would we have to wait? Were there even any guarantees that I would fall pregnant again? Of course, I accepted without question that the Olympics was Scott’s number-one priority — I had been told that by him and a number of other interested and invested parties.”

Things went from bad to worse for Dawson when her husband refused to stay with her in the abortion clinic.

“Scott accompanied me to a local clinic, but he couldn’t cope with the atmosphere so he left me there alone. I was struggling with the decision and trying not to appear emotional or distressed about it so that Scott could maintain his focus. I was trying to train myself to think of my baby as an inconvenience, like a sneeze in a news broadcast. It was difficult.”

In the abortion clinic, Dawson began to experience a difficult mix of emotions.

“I then had to reconcile myself to the personal responsibility of having a termination. Should I be feeling guilt and shame? I was challenging my idea that motherhood was an uncomplicated and blissful time, especially for newlyweds,” she wrote.

“I considered the possibility that I might end up being a childless woman, which was a frustrating and demoralizing prospect for me, as I very much wanted to be a mother. What if I couldn’t have another child? What if I’d blown my only chance of motherhood by sacrificing this one?”

Abortion for Dawson was not the liberating self-fulfilling experience that abortion advocates said it would be. Having lost her baby to abortion, she tried to focus on what she still had.

“It was a horrible, sad time for me, but I had to keep reminding myself of what I had. I had a husband, and we were building a life and a home together.”

“I wanted our baby, but I felt greedy, like I already had too much, that the termination was a compromise I should make,” she wrote.

“As brave as I was trying to be, and as much as I tried to reassure myself that we were doing the right thing, it was still a gut-wrenching time.”

It was not until Dawson returned home from the abortion clinic that the gravity of what she had just done came crashing down on her.

“When I got home, I felt that something had changed. I felt a shift. Maybe it was hormonal, but I felt the early tinges of what I can now identify as my first experience with depression.”

“I should have bought a couch especially for the depression bogeyman right then and there. If I had known he was going to visit so often, I would have at least have had somewhere for him to sit, the bastard,” she wrote.

Dawson’s sacrifice of her only child for the sake of her husband’s Olympic career did not pay off. Sex tapes emerged around this time of Miller being filmed committing adultery with a female swimmer. He was also caught on tape doping to enhance his performance.

He did not even make the team for the Sydney Olympics.

The news of her husband’s betrayal added even more devastation to the already shattered Dawson.

“If I’d started to feel pangs of depression after the termination, the shock of receiving this news barely six months into my marriage was too much to bear. Something inside me completely broke that Sunday, something that is beyond repair, something that has never come back,” she wrote.

“I was a broken mess. I had to pretend that nothing was wrong at work and at social functions while people were whispering behind my back…”

“It was around this time that I learned the gentle art of drowning sorrow with bucket loads of wine.”

“And abortion proponents share the blame. They, of course, push for easy access to abortion, deemphasizing its after-affects to the point they absolutely refuse to acknowledge post-abortion depression, which further incapacitates those actually living through it,” she wrote on her blog.

“I think what’s so glaring here is that supposedly a woman’s ‘right to choose’ is the highest tenet of feminism. You see in Dawson’s story how abortion — particularly in this situation — led her to deny her heart, what was best for her emotionally. She did not have a voice in the decision.”

“Abortion put her in a position where she sacrificed what was best for her as a woman and mother to her husband’s career,” he said.

Burke, who has worked in the post-abortion healing ministry for 15 years, said a story like Dawson’s is very common for women who choose abortion. “They feel a tremendous amount of pressure if their pregnancy is not accepted by the husband. They fear the resentment.”

Burke believes that if just one person had reached out to Dawson and affirmed and supported her in her desire to keep her child, things may have ended differently.

“Look at the possibilities for her life and how things would have been different [had she received support for her pregnancy]. She would have had a child. She would not have had the depression. It very well could have challenged [Charlotte and Scott] to grow as a couple.”

“Abortion just attacks all those things,” he said.

Burke said a link does indeed exist between abortion and depression, a link that has been verified by numerous scientific studies.

Burke suggested that abortion causes trauma in women because deep down inside, the woman knows that she is ending the life of another person, a person who is her very own child.

Burke said that many woman deal with the loss and grief by “acting out,” whether it be through drugs, alcohol, promiscuity, all of which he said are futile attempts to deaden the pain. He pointed to Dawson’s alcohol abuse with wine as a “very common abortion-coping mechanism.”

“The way you come out of that is not to deny that pain, but to find a space where you can repent and grieve that loss.”

Rachel’s Vineyard, which Burke helped to launch with his wife Theresa, is a groundbreaking organization offering just such a “space” where women go on a weekend retreat to find healing from their abortion.

“The program is an opportunity to examine your abortion experience, identify the ways that the loss has impacted you in the past and present, and helps to acknowledge any unresolved feelings that many individuals struggle with after abortion,” states the organization’s website.

Burke said that Charlotte Dawson’s story does not need to be repeated. The one word that comes to his mind to describe her abandonment is “criminal.”

“It’s criminal that women are not given sufficient information, when they’re making these decisions, to understand the full consequences of their ‘choice,’” he said.

“It’s criminal that mainstream media wants to frame this as a ‘cyber-bullying’ episode — and that’s an element of her case — but the core issue is her abortion loss. It’s criminal because if it was any other issue, such as sexual abuse, her sexual identity she may have been struggling with, if it was an issue of abuse by her husband, you could be assured that there would be conversations about this across mainstream media that would focus on this causative effect and educate people on the matter.”

“But when it comes to abortion, ‘abortion rights’ is more important than the health of women and even the lives of women. Mainstream media is carrying on a dirty war for the abortion industry. They’re covering up for pro-abortion forces and that’s criminal.”

While mainstream media may be willing to overlook the abortion-depression connection, Dawson herself did not mince words about how her ‘choice’ devastated her.

“I was just a depressed mess,” she wrote. “I was single, damaged and miserable.”