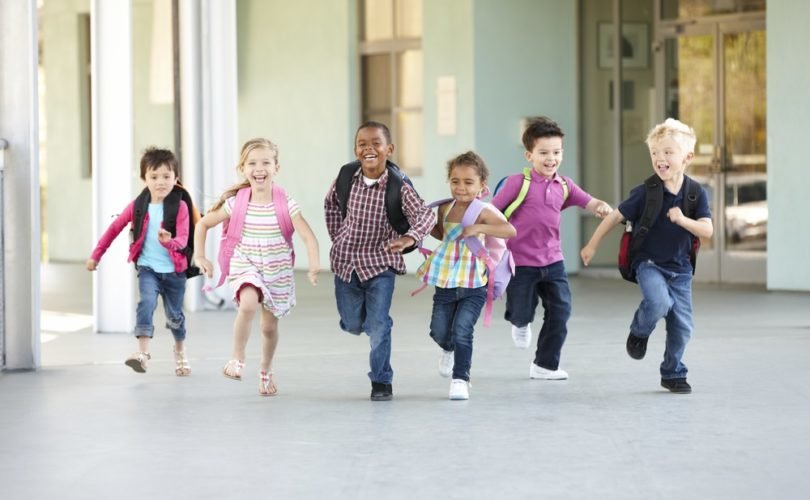 AUSTRALIA, February 17, 2016 (LifeSiteNews) – An Australian Christian organization is warning school principals to keep out of a federally funded Safe Schools program that is pitched as anti-bullying but is actually promoting premature sexual activity and transgenderism.

The Australian Christian Lobby says many of the 500 principals who have permitted the Safe Schools program into their schools “are probably not aware of what Safe Schools is really promoting and may be unwittingly acting as agents for rainbow activists.”

“We are in a battle for the innocence of our children,” ACL spokesperson Wendy Francis told LifeSiteNews. The program, which was produced by an alliance of homosexual activist groups, is funded to the tune of $8 million by the federal government. All state governments have made it optional for each school, except for Victoria, which will require all schools to teach it by 2017. The state of Victoria provided initial funding for the Safe Schools Coalition.

Coalition national director Sally Richardson defended her program for providing “schools with practical ways to foster a positive school culture where students, staff and families of all sexualities and gender identities feel safe, included and valued.''

She added that students at “safe” schools do better academically and enjoy better mental health.

The program calls for four-year-olds to be read to from a book called Gender Theory (written for pre-schoolers), which begins and concludes, said Francis, with the words “Only you know whether you are a boy or a girl. No one can tell you.”

“This is rubbish,” Francis said.

There is more: Safe Schools invites students to the Minus 18 website, where trans students are taught how to “pass” with practices that “are anything but safe.” For example, female students trying to portray themselves as males are encouraged to bind their breasts, “a practice which [the program] casually admits can kill.” The would-be females, meanwhile, are taught to “tuck” their penises between their legs and their testicles into their abdominal cavities.

“Because you are compressing tissue, it can cause damage and potentially even breakages to your ribs if done improperly,” Minus 18 admits about binding. “If things go wrong with your ribs, it has the potential to be lethal.” Tucking, for its part, can cause fertility issues.

Eleven-year-old male students are told to wear the uniform dresses issued female classmates, which Francis condemned as a provocation, since most Australian school uniforms favor shorts and rugby shirts for both genders. Trans students are advised to post activist signs regardless of their teachers' prohibition and, if blocked from the Minus 18 site by their school, to lobby their teachers to have the block lifted.

Francis said Safe Schools is being sold as being against bullying but is actually normalizing homosexuality and transgender behavior. It implies that 10 percent of the population is homosexual when at most 2-3% of males self-identify as gay and half that proportion of women consider themselves lesbians.

“We don't want to see any student bullied for any reason, including sexual identity,” Francis said. But gender is far down the list of reasons for bullying on surveys of students. “Body image is first at 38%, followed by marks, race, language, and then gender, which was given as the reason just 6% of the time.”

Why is a Christian group so concerned? “It's not just a Christian issue,” said Francis, “but Christians believe every child is created in the image of God, and God made us male and female.”

In contrast to the unquestioning acceptance shown gender theory and transgenderism in Canada, there seems to be broader pushback in Australia from psychotherapy, mainstream media, politicians – and school principals.

Typical of much news coverage, said Francis, was a clearly hostile report in an Australian newspaper under the headline “Activists Push Taxpayer-funded Gay Manual in Schools.” It describes one lesson plan in the program's All of Us teachers' guide that asks half of a class of 11-year-olds to imagine they are 16-year-olds dating a same-sex classmate, while the rest of the class imagine themselves in a normal relationship.

The article then cites Principal John Newton of the Scotch College in Adelaide criticising the exercise as a “ham-fisted attempt to change culture.”

Francis said mental health professionals, meanwhile, had by no means accepted gender fluidity. Many still regard trasngenderism as a mental illness like anorexia. “When a girl believes she is fat and isn't, health professionals tell her so, but when a boy believes he is a girl, they are supposed to agree with him.” Some politicians are also standing up to the LGBT agenda, she said. One state senator, Cory Bernardi, had started a petition against the Safe Schools program.

Francis speculates that Safe Schools is an effort to soften up Australians before the plebiscite on redefining marriage that must be held by early in 2017.