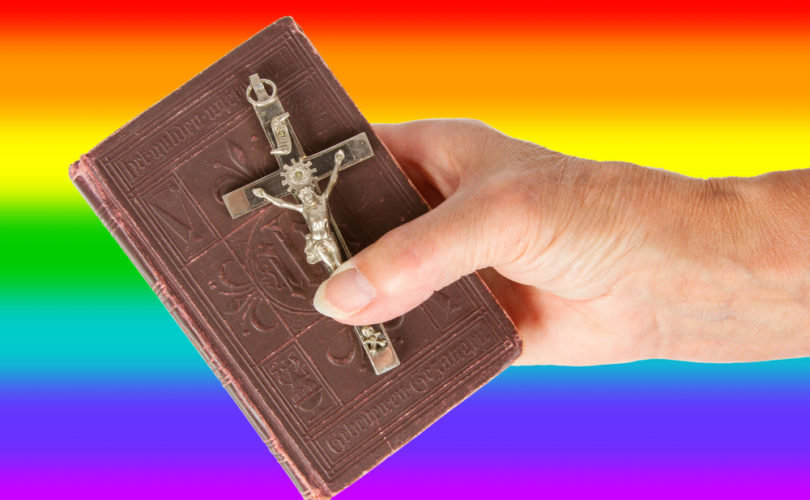 AUSTIN, Texas, November 29, 2018 (LifeSiteNews) – Churches have no right to insist on employees that accept and practice their faith’s teachings on homosexuality, according to Austin officials defending an “anti-discrimination” ordinance currently being challenged by two socially conservative groups.

The local ordinance guarantees “the opportunity for each person to obtain employment without regard to race, color, religion, sex, sexual orientation, gender identity, national origin, age, or disability.”

It contains an exception for “an employer to hire and employ employees” if one’s sexual orientation or gender identity is a “bona fide occupational qualification reasonably necessary for the normal operation of a particular business or enterprise,” as well as religious entities’ right to “hire and employ individuals of a particular religion.” But it doesn’t expressly state that a church’s beliefs about such issues qualify.

In a federal lawsuit filed against the city, the Houston-based U.S. Pastor Council argues that the lack of clear exemptions threatens to force 25 churches it’s representing to accept homosexual or gender-confused individuals even as clergy, as well as restricts their right to maintain longstanding restrictions on female clergy.

The group Texas Values has also filed a lawsuit challenging the ordinance purely under state law, arguing more broadly for the rights of “nonprofits or closely held corporations who would be compelled” to “act in a manner contrary to their sincerely held religious beliefs.” As examples it cites nonprofits such as themselves who exist to advance specific beliefs, or religious landlords who may “require their tenants to refrain from non-marital sex or homosexual behavior when renting their property,”

“The ordinance allows a Catholic church to require its priests to be Catholic, but it forbids the church to exclude Catholic women, Catholic homosexuals, or Catholic transgendered people from the priesthood,” it continues, arguing that the ordinance violates the U.S. Constitution, the state Constitution, and Texas’ Religious Freedom Restoration Act (RFRA).

The U.S. Pastor Council wants the court to affirm churches’ right under both constitutions and the RFRA to exclude practicing homosexuals, transgender people, and women from the clergy, and bar the state from enforcing the mandate until it’s amended. But the city is refusing to back down.

“Nondiscrimination is a core value in Austin and we need to defend it,” Austin Mayor Steve Adler told KXAN.

“The ordinance reflects our values and culture respecting the dignity and rights of every individual,” Austin spokesperson David Green said in response to the lawsuit, the Christian Post reports. “We are prepared to vigorously defend the City against this challenge to the City's civil rights protections.”

This year federal appeals courts have ruled that “sexual orientation” and “gender identity” are protected under federal non-discrimination law on the same level as race or sex, a position with which the Trump administration disagrees. Sixteen states have petitioned the U.S. Supreme Court to reverse the latter ruling.