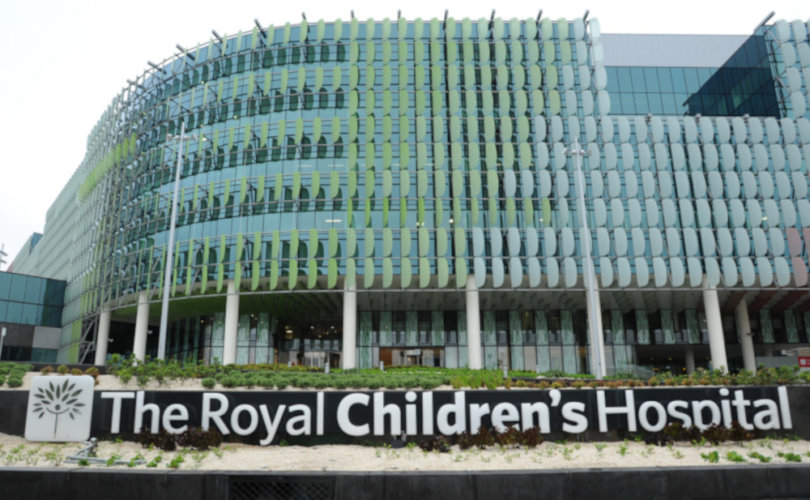 ADELAIDE, Australia, October 23, 2020 (LifeSiteNews) – Four babies with heart conditions have died in the Australian city of Adelaide within the last four weeks because coronavirus travel restrictions prevented them from being transferred to an out-of-state hospital capable of providing life-saving surgery.

The Women’s and Children’s Hospital of Adelaide, where the infants were born, was not equipped with a cardiac unit to save the babies’ lives. Normally, the hospital would have simply transferred the children to Melbourne’s Royal Children’s Hospital in the state of Victoria. However, the babies could not be brought to the clinic because of Victoria’s draconian lockdowns.

Dr. Catherine Lennon, New South Wales president of Doctors for Life, told LifeSiteNews, “The tragic deaths of four infants in Adelaide who were unable to have lifesaving heart surgery needs urgent investigation by the government. The border closures are so strict that lifesaving treatment in other states was not allowed. The [COVID-19] pandemic has caused lengthy unpredictable state border closures in Australia.”

“However, not enough medical exemptions are being considered nor compassion for these families,” continued Lennon. “This is causing unnecessary suffering such as the deaths of these four newborn babies. Their heart problems should have been treated urgently at Melbourne or another specialised centre that provides Paediatric Cardiothoracic surgery.”

The cluster of deaths triggered a review by hea.th authorities. John Svigos, an obstetrician and gynecologist at Women’s and Children’s Hospital, addressed a Select Committee of Health Services in Southern Australia in which he affirmed that Adelaide was the only mainland capital that did not perform pediatric cardiac surgery. Infants and children in critical condition were transferred interstate.

Svigos told the South Australian parliament’s public health services committee, “In our current COVID situation … the usual process of referral to the Melbourne cardiac unit is no longer tenable.”

It remains unclear why the government did not lift the very travel restrictions designed to save lives in these infants’ life-or-death circumstances. It is also not clear why the babies were not airlifted to a hospital with a cardiac unit geared towards newborns in a state other than Victoria.

In an interview with ABC Radio Adelaide, the former chief executive of Royal Children's Hospital in Melbourne, Dr. John de Campo, explained “the practice over the past two decades had been to send severely ill infants from Adelaide to Melbourne for specialist treatment … I don’t know the reason these babies weren’t sent, nor the diseases they had and whether they were operable diseases or not — that’s all behind the curtain.”

A review is underway and is expected to last a few weeks. Deputy Chief Public Health Officer Mike Cusack had said that an internal investigation of the Adelaide hospital showed no signs of negligence on their part.