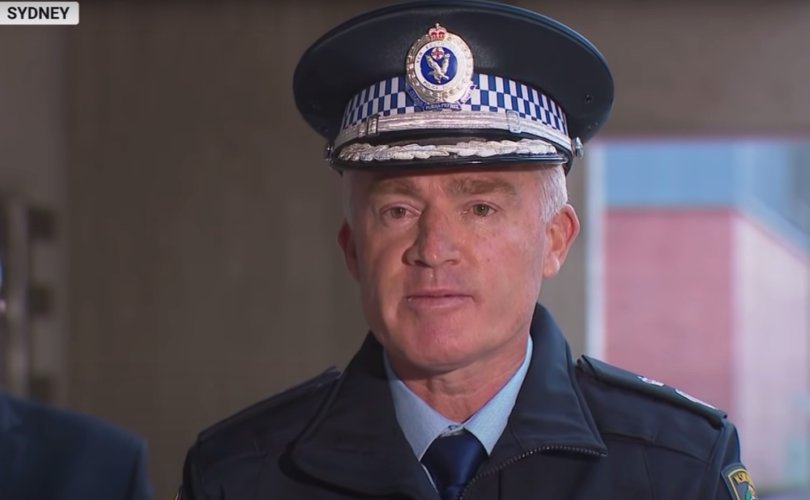 Police in Sydney arrested eight people and issued more than 250 fines on Saturday in an effort to deter further rallies after thousands poured into the city two weeks ago to protest stay-at-home orders, 9 News reported.

Around 1,000 police officers and 300 military troops were deployed to detain anyone caught violating the radical lockdown measures in place in Greater Sydney, which include bans on “non-essential” activities and travel beyond 10 km of one’s home.

Police set up checkpoints throughout Sydney, checking over 70,000 vehicles for violations of government-mandated travel limits and to see if drivers were traveling with more than two passengers.

“The vast majority of infringement notices were issued to individuals for breaching the stay-at-home orders by travelling outside their local government areas,” deputy police commissioner Mal Lanyon said. “Officers from across the Traffic and Highway Patrol and Police Transport Commands formed a defined barrier around the city, to monitor and prevent persons intent on travelling to the city to protest.”

— Article continues below Petition —
PETITION: No to mandatory vaccination for the coronavirus
Show Petition Text
1082130 have signed the petition.
Let's get to 1100000!
Thank you for signing this petition!
Add your signature:
Show Petition Text

Police also shut down train stations, according to Reuters, and threatened rideshare and taxi companies with fines of up to $500,000 for driving people into Sydney’s central business district between 9 am and 3 pm. Individuals faced up to $100,000 for violating the rideshare ban.

As of Sunday, the death toll from the current COVID-19 outbreak in New South Wales is a mere 14, and Australia has registered barely 920 virus deaths since the beginning of last year.

The New South Wales government nevertheless announced Wednesday that Sydney will continue under a military-enforced lockdown for at least four more weeks. Prime Minister Scott Morrison said Friday that city-wide stay-at-home orders would continue in Australia until at least 80 percent of the country receives two doses of an experimental COVID-19 vaccine.

Protest organizers discouraged followers from convening in Sydney over the weekend, warning of a “media trap,” while discussing plans for another rally later this month.

Small protests still materialized on Monday in Brisbane, however, including at the Queensland parliament, following an announcement from deputy premier Steven Miles of an extra week-long lockdown extension, the Brisbane Times reported. Queensland, like Greater Sydney, has endured extreme lockdown rules in recent weeks, like demands to duct tape balcony doors shut.

Officers arrested 15 demonstrators and at least six other people in Brisbane on Monday and fined dozens more for alleged violations of restrictions. “The sound of a police helicopter hovering over inner-Brisbane was constant during the morning as the lockdown was enforced,” the Brisbane Times said.

Australia’s descent into de facto martial law over a handful of apparent COVID-19 deaths resembled a similarly brutal response to anti-lockdown protests in Berlin, where several thousand gathered this weekend in defiance of a court order.

Berlin had approved an LGBT “pride” parade with over 35,000 people just two weeks ago.

At least 5,000 still turned out across the city on Sunday in spite of the ban, and were met with more than 2,000 officers who detained almost 600 people, according to Newsweek.

At least one incident has drawn the attention of the United Nation’s special rapporteur on torture, who asked on Twitter for “specifics” and “witness statements” regarding footage of an officer slamming a woman to the ground by her neck.

Euronews reported Monday that police have confirmed the death of a 49-year-old man, who died after being detained during the protests. The man said he experienced tingling in his arm and chest and later died in a hospital, Euronews said. An investigation into his death has been ordered by a Berlin court, according to the Guardian.

Meanwhile, massive demonstrations against COVID-19 restrictions ripped through France for the third straight week, drawing what appeared to be millions of people. Protests were held in virtually all major French cities, including Paris, Nice, Lyon, Marseille, Toulouse, Nantes, and Strasbourg, as well as in smaller cities, like Vannes and Pau.

Some protests were joined by healthcare workers and firefighters facing mandatory vaccine requirements, and many featured widespread shouts of “liberty” and calls for President Emmanuel Macron’s resignation.

LOOK at the protest in Nice, France against the government’s vaccine passport! pic.twitter.com/U65cQ3zYIE

The French interior ministry has claimed that the full number of protesters this weekend was roughly 204,090, up from 160,000 last week and 114,000 two weeks ago, contradicting protest organizers, who estimate the true total to be 2.5 million people, if not higher.

As in Australia and Germany, French authorities marshaled a heavy police presence, deploying more than 3,000 officers to Paris alone for the overwhelmingly peaceful rallies.

Demonstrations also continued across Italy, with thousands marching in Milan, Rome, Bologna, Padua, Genoa, Naples, and Florence over the weekend, the Telegraph reported. Additional protests were reported in Canada and Israel. Both Italy and Israel have embraced “health pass” schemes similar to France’s Green Pass.

Protests have begun to pick up in the United States as well. On Sunday, hundreds gathered in Charlotte, North Carolina, in response to a vaccine mandate for employees of the Atrium Health hospital system.

“At the end of the day, it’s all about choice,” said nurse Cheryl Morneau, according to WBTV News. “It’s a right. People died for our rights. It’s not right to take that freedom away from us, we are people too. We sacrificed on the frontlines for over a year. Why don’t we have the same rights as everyone else and as our patients do?”

Demonstrators held signs with slogans like “My wife is not your lab rat” and “My body, my choice.” Protests against COVID-19 vaccine and masks mandates also have been held in Rogers and Fort Smith, Arkansas, Winston-Salem, North Carolina, Winchester, Virginia, and Gwinnett, Georgia, among other places, in recent days.