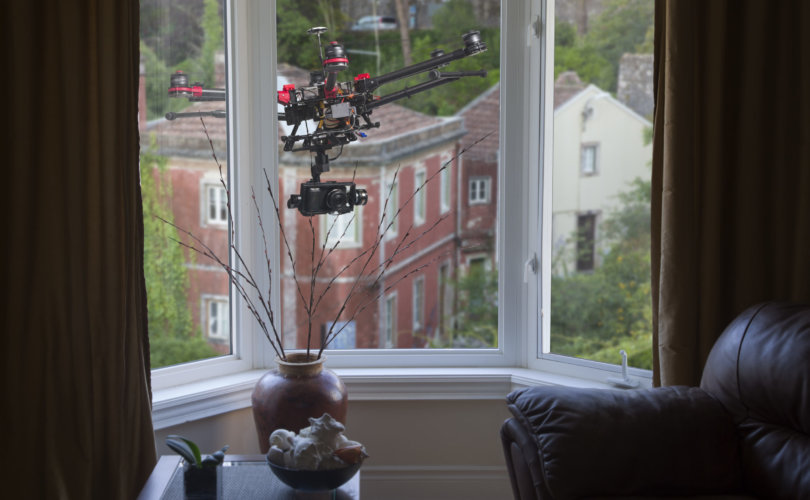 7News Melbourne reported Monday that the Victoria state police are preparing to use drones to catch people who show their faces in public uncovered by masks, to capture the license plates of drivers who travel more than 5 kilometres (3.1 miles), and to make sure that children’s skateboarding parks and playgrounds are empty.

These drones can fly to a height of 7 kilometres (4.3 miles) and take a clear photograph of a license plate from 500m (.3 miles) away.

Australian media has also reported that Victoria police had asked the Australian armed forces for military drones but were refused.

The deputy police commissioner for the state of Victoria defended the use of drones to spy on public spaces like beaches.

“We were getting reports … in that warmer weather period of lots of people congregating on the beaches in these populated areas,” said Rick Nugent. “A drone provides that capability to actually provide that without deploying all these police to all of the areas.”

Victoria is not the first place where police have used drones to ensure compliance with state coronavirus measures. A chilling video posted to Twitter in January by the Chinese government-controlled Global Times showed an elderly lady in Inner Mongolia staring up in astonishment at a drone outfitted with a loudspeaker. A voice speaking through the contraption shouted at her to go home and to wash her hands, recording her reactions throughout. In the United Kingdom, a police drone video was published in March to shame hikers in England’s Peak District. Also in March, the Financial Times reported that a California police department was also using drones to enforce the lockdown.

Some privacy-minded citizens are fighting back against lockdown enforcement by drones. The Peak District drone footage infuriated many in the UK and led to accusations of “nanny policing.”  Big Brother Watch’s Silkie Carlo complained that drones were an “extreme, militaristic” form of surveillance.

“We’ve seen too many examples of police using them aggressively in place of measured public health communications,” she said.

“Police using drones to surveil and bark orders at members of the public is usually excessive and counterproductive. Parliament should introduce stronger safeguards to circumscribe their use.”

In May, a French High Court sided with civil rights activists “La Quadrature du Net” and the Human Rights League against Paris police when it ruled that the use of drones to enforce coronavirus lockdown rules was a violation of privacy. The ruling made it illegal for French police to use low-flying drones equipped with cameras to identify people.

China expert Steven Mosher told LifeSiteNews that although anyone can turn off  personal devices that collect information, no one has that power over drones.

In recent months, scientists have argued that people are less likely to become infected with coronavirus outdoors. Currently in Britain, people are allowed to stay outdoors as long as they like, and both government and health authorities are focusing now on fighting obesity as a method of combating COVID-19 related illness.