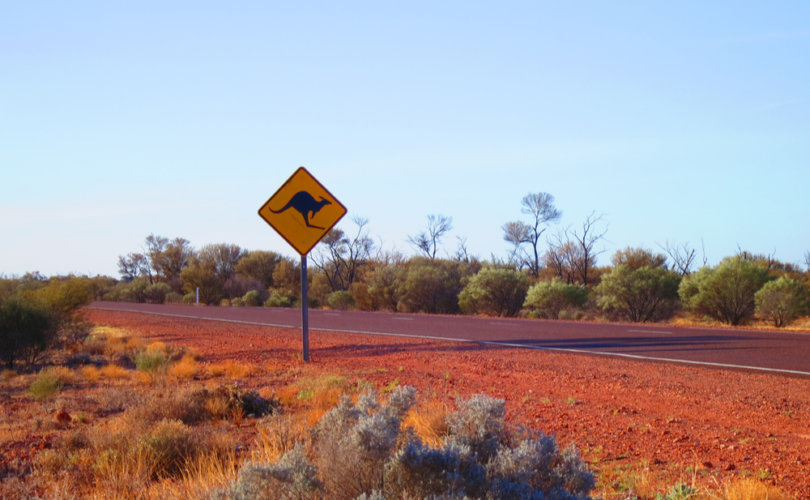 DARWIN, Australia (LifeSiteNews) — The government of Australia’s Northern Territory has ordered the transfer of 38 Australians from a remote Aboriginal town to a quarantine facility. Nine people there had tested positive for COVID-19.

The group of 38, identified by health authorities as either positive cases or “close contacts,” was taken in army trucks to Howard Springs quarantine facility, located at a former mining camp near Darwin in northern Australia.

“It is highly likely that more residents will be transferred to Howard Springs today either as positive cases or close contacts,” announced Michael Gunner, chief minister of the Northern Territory, at a press conference Sunday.

In the Aboriginal town of Binjari near Katherine, in Australia’s Northern Territory, nine people tested positive for COVID. Both Binjari and the neighboring town of Rockhole are now fully locked down. Residents are not allowed to leave their homes except for emergencies, medical treatment, or “if required by law.”

Gunner described Binjari as a “low-vaccination community” but said the vaccination status of the positive cases “has not been confirmed yet.”

He also thanked the Australian armed forces for assisting with the transfer of positive cases and close contacts to the quarantine facility.

“We are grateful for the support of about 20 ADF (Australian Defence Forces) personnel as well as army trucks to assist with the transfer of positive cases and close contacts and to support the communities,” said Gunner.

According to the Northern Territory’s official COVID website, there are two “mandatory supervised quarantine facilities” in that part of the country.

One is located in Alice Springs, and the other, called the “Centre for National Resilience,” in Howard Springs, just south of Darwin.

According to engineering firm AECOM, the facility can host up to 850 people.

According to Gunner, more than 3,000 tests were carried out in the Northern Territory within 24 hours.

Officials at yesterday’s press conference urged residents of the affected towns to get tested and announced “an extensive testing effort over the next 24 to 48 hours.”

“We will … keep testing and doing vaccinations,” he said. “We did 29 vaccination in Rockhole yesterday; 27 were first dose.”

Gunner burst into a fit of anger when a reporter called him out for describing vaccinated people who oppose vaccine mandates as “anti-vaxxers.”

“If you are anti-mandate, you are absolutely anti-vax; I don’t care what your personal vaccination status is,” said Gunner. “If you say [you are] ‘pro-persuasion,’ stuff it, shove it!”

“Anyone out there who comes for the mandate … you are anti-vax!” he repeated.

The current population in the Northern Territory is roughly 247,000, with a population density of under one person per two square miles. Over 160,000 people are fully vaccinated. Only 266 confirmed cases of COVID-19 were recorded since early 2020.