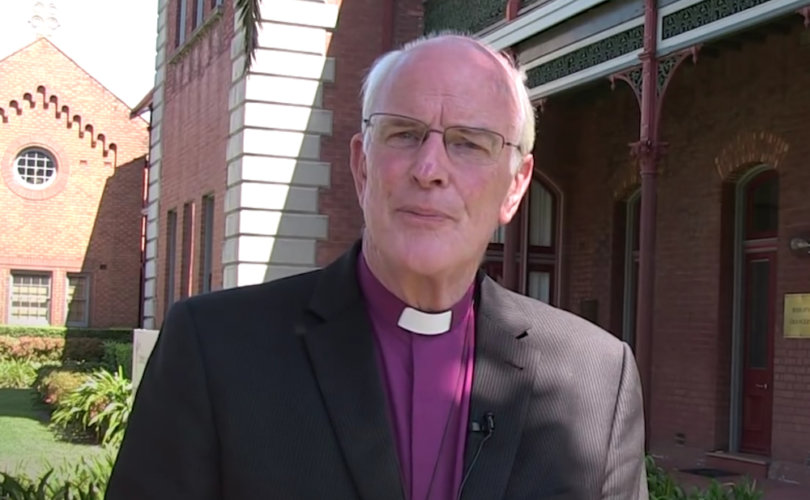 As the country votes in a postal survey on the issue, Maitland-Newcastle Catholic Bishop Bill Wright all but suggested Catholics can vote “yes” in a September article for Aurora, the diocesan magazine.

“The question about any proposed law is not whether it squares with church teaching or a moral ideal, but whether it is a good practical rule for people living in this society at this time,” the bishop argues in his September 6 article. “Such a ‘common good’ argument can be made that, in our pluralist society, it does more for community peace and harmony for gay couples to have a place in the recognised structures than for them to be excluded.”

The voluntary plebiscite runs from September 12 through November 7.

In a 2015 article, the bishop had said that redefining marriage ‘‘won’t be the end of the world.’’

‘‘It would be better to save the name ‘marriage’ for the thing it has long defined: the shared life-project of a man and a woman who commit to a lifelong partnership, intending to have children together and to create a home and family,” Bishop Wright wrote. “But the time for that has probably passed.’’

If the ballots come back with a “Yes” majority in the current ongoing postal survey, the government will introduce a bill to legalize same-sex “marriage.” If Australian citizens vote “No” in the majority, gay “marriage” activists will likely mount a challenge.

His comments this month preceded those from fellow Australian Bishop Vincent Long Van Nguyen of Parramatta, who seemed to suggest recently that it did not matter how his flock voted in the plebiscite.

“It should not be a matter of a simple answer Yes or No to the postal survey,” Bishop Van Nguyen wrote, rather the vote “should also be an opportunity for us to listen to what the Spirit is saying through the signs of the time.”

Bishop Wright did acknowledge concern in his column this month over the social consequences of legalizing same-sex “marriage,” including possible persecution in the here and now of small businesses and individuals who cannot perform their services for gay “weddings” as a matter of conscience, and in the future, the possibility of churches and schools suffering consequences for teaching the Christian view of marriage. He encouraged citizens to consider, talk and pray about the matter. However, he did not affirm either that societal implications and religious liberty were reason to vote with Church teaching and against gay “marriage,” and advised people to vote for what they believe would be best.

A recent poll commissioned by same-sex “marriage” advocates said 66 percent of Catholics are leaning toward a “yes” vote in the upcoming postal survey, the same percentage as the general population.

In 2015, Bishop Wright had already conceded defeat in the fight for marriage in the country’s culture.

‘‘Let’s face it,” he said, “there is already a lot of daylight between marriage as understood by Catholics and ‘marriage’ in Australian law and majority social consensus.’’