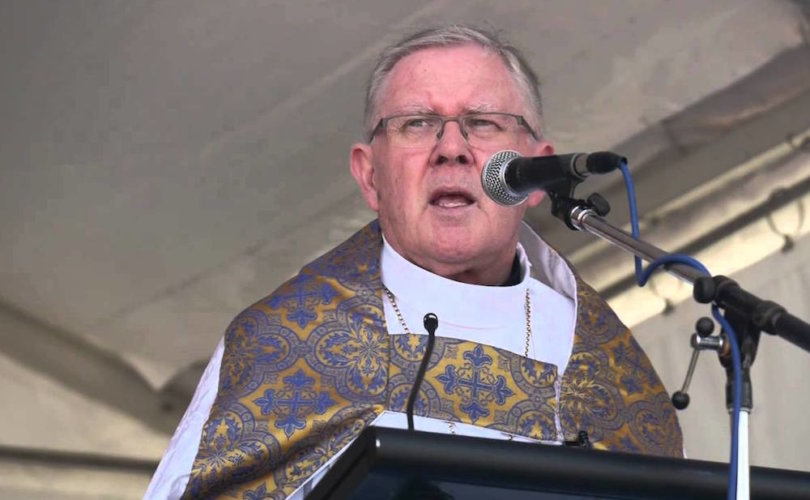 Coleridge, the Archbishop of Brisbane, Australia, told Jesuit-run Ameria magazine that some of his fellow prelates who speak with certainty on issues of Catholic moral teaching are actually the uncertain ones.

“At times at the synod I heard voices that sounded very clear and certain but only because they never grappled with the real question or never dealt with the real facts,” said Coleridge. “So there’s a false clarity that comes because you don’t address reality, and there’s a false certainty that can come for the same reason.”

Coleridge was speaking about the dubia, or formal request, that four cardinals made of Pope Francis regarding his exhortation Amoris Laetitia. They asked him to clarify whether the document is in line with Catholic moral teaching on sexuality and the sacraments. When the pope didn't respond, the cardinals made their concerns public. Pope Francis still has yet to respond.

Coleridge defended Pope Francis, saying he is “bringing out into the very public setting of the papacy what any pastor does in his parish or diocese”–but that priests can't “necessarily” provide “clarity and certainty on every question and every issue.” Pastors are “very often dealing in a world of grays and you have to accompany people, listen to them before you speak to them, give them time and give them space, and then speak your word perhaps,” he said.

Coleridge told America he thinks the four cardinals who sent the dubia were likely “unnerved,” a word that fellow Australian Cardinal Pell also recently used when discussing the issue.

“How can you disagree with a question?” Pell responded when asked if he agreed with the dubia. He pointed out, “A number of regularly worshipping Catholics” are “unnerved by the turn of events” within the Church, like the notion that individual conscience can trump moral law.

The America article suggested that Coleridge feels Pope Francis is moving the Church “from a static way of doing business to one that is kinetic.”

Shortly after Amoris Laetitia was released, Coleridge tweeted that it “subverts absolutism.”

#AmorisLaetitia subverts absolutism – all v. nothing, black v. white, in v. out. Why do some seem to depend on absolutism? #Jesus doesn't.

Never enough to say a situation is “objectively sinful” without attending to the subjective factors. #AmorisLaetitia doesn't; others do.

More recently, Coleridge tweeted that he would like to have dinner in heaven with Fidel Castro.

#Cohen, #Castro & #Kolvenbach die within a short space. Now there would be a table conversation on high. I'd like to join in…but not yet.

After Donald Trump was elected President of the United States, Coleridge compared him to the conquerer Attila the Hun, and Pope Francis to Pope St. Leo I. Leo I is famous for having persuaded Attila the Hun to not invade Italy.

It was interesting when Pope Leo (feast today) met Attila the Hun. What about when Pope Francis meets Donald the Trump?