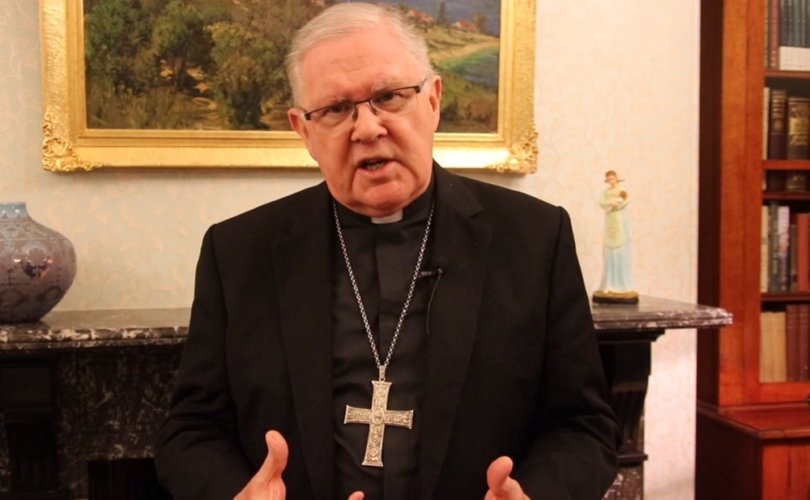 AUSTRALIA, June 10, 2020 (LifeSiteNews) — A report commissioned jointly by the Australian Catholic Bishops’ Conference (ACBC) and Catholic Religious Australia (CRA) has called for radical changes in the Church’s governance. The report recommends significant increases in the influence of laity, especially women, while criticizing the Church’s male-only priesthood.

“The Light from the Southern Cross,” a 208-page review of the governance of the Church in Australia, was commissioned in response to a recommendation from a five-year government inquiry into institutional child sexual abuse in all areas of Australian society. The review was published in full last week by La Croix International.

Massimo Faggioli, one of the 18 contributors to the report, has said the document lays out “a new praxis of church governance,” which is “a model of synodal church governance that the global Catholic Church can embrace.”

“The work of the group and our report promote a development in the governance of the church toward the direction of a co-responsible synodal model that involves much more input from laypeople, particularly women, at all levels,” Faggioli wrote last month in an article for the National Catholic Reporter.

The review recommends that “the appointment of lay women and men to senior decision-making bodies and agencies be accelerated” and outlines a number of ways for members of the laity to exercise greater influence in ecclesial matters.

These include that diocesan “leadership teams” include members of the laity who exercise “co-responsibility with bishops, priests and religious.”

Moreover, the review recommends that laity with “appropriate expertise” should be “involved in decisions regarding the placement of priests in parishes” and in the appointment of bishops.

Fr. Glen Tattersall, a parish priest in the Archdiocese of Melbourne, told LifeSiteNews that the true purpose of the review is to “break the nexus between the sacrament of Holy Orders and pastoral governance.”

“But such a Church could at best be described as an extreme form of Protestantism; it could not pretend to be Apostolic, and therefore it could not be the Catholic Church,” Fr. Tattersall said.

“This is really about so tying up things that it’s unnecessary to get female ordination, because ordained ministers will just be functionaries governed by lay groups,” he added.

Cardinal Gerhard Müller, former prefect of the Congregation for the Doctrine of the Faith, addressed similar issues last year when criticizing the Amazon Synod’s working document (number 127), which proposed to “reconsider the notion that the exercise of jurisdiction (power of government) must be linked in all areas (sacramental, judicial, administrative) and in a permanent way to the Sacrament of Holy Orders.”

And following the publication of Pope Francis’s post-synodal exhortation, Querida Amazonia, Cardinal Paul Josef Cordes, a retired curial cardinal living in Rome, argued that a footnote in Querida Amazonia quotes canon law in a defective way so as to promote the idea of non-ordained parochial leaders.

The review of the Church in Australia also recommends that “women take a critical role in relation to the selection and formation of seminarians and participate in the evaluation team deciding suitability for ordination” and that a national center be established which reviews formation programmes.

Fr. Tattersall said that individuals in what is effectively a “Deep Church” are desperate to get control of priestly formation and to stop conservative and traditional men becoming priests.

“Anyone who is not a ‘yes’ person, who doesn’t go along with the programme will never get through seminary,” he said.

“The authors of this report and its apologists know that there are conservative and even traditionalist young men coming through the seminaries and they are determined to stamp that out.”

The review argues that, despite women having been appointed to “senior professional leadership roles within the Church,” women, “nonetheless, still experience the detrimental effects of a prevailing culture of ‘clericalism’ that elevates the male ordained above religious and the laity.”

“The most visible indicator of the barriers to full participation is that the hierarchy of the Catholic Church in Australia, as in the Church across the world, remains exclusively male” the review asserts.

The review claims that “the Church in Australia is at variance with contemporary norms of equality between men and women” and that “[t]his robs the Church of the full benefits of the feminine in dialogue, in celebration, and in decision-making.”

The review also recommends that each diocese should hold a local synod at least every 10 years; that all reports of alleged abuse or cover-up by bishops be reviewed by independent experts; and that, where they do not already exist, diocesan pastoral councils should be established and consulted on all major decisions in the diocese.

Archbishop Mark Coleridge, president of the ACBC, welcomed the report. In a statement released last month after the report was sent to the Australian bishops, Coleridge said: “We owe a debt of gratitude to the Governance Review Project Team for their important and comprehensive contribution to this ongoing process of discernment.”

Coleridge said the review “will undoubtedly contribute to the eventual formation of proposals to be considered during the Plenary Council.”

Last year, Coleridge presided at an event in preparation for the upcoming plenary council, where it was proposed that the Church in Australia develop a “rite of blessing” for same-sex couples and for divorced Catholics calling themselves “married” to people not their spouses.

At the beginning of the two-day event in Brisbane, Fr. Noel Conolly, a Catholic priest and member of the Plenary Council Facilitation Team, gave a presentation calling for major reform in the Church. Fr. Conolly said, “We're in the birth pangs of a new church in Australia. A listening church, a discerning church, a pilgrim church. It won't be the same church, I hope, after the plenary council. Well, hopefully, it’ll be the same church, but it will have a totally different kind of culture.”