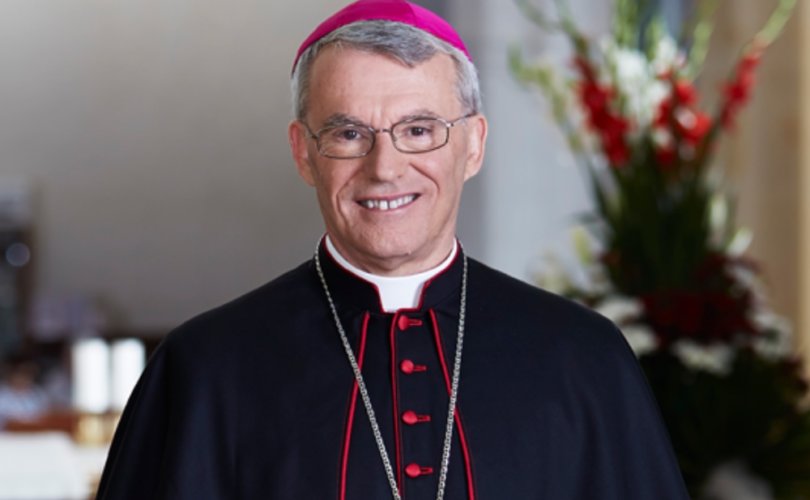 (LifeSiteNews) – Australia’s Catholic bishops have issued new guidance on transgender issues for Catholic schools, promoting a change of “gender,” and unisex toilets along with advice to use students’ “preferred name” and pronouns, while also noting that gender ideology is “inconsistent” with Christianity.

Entitled “Created and Loved: A guide for Catholic schools on identity and gender,” the guidelines were drawn up in response “to the individual social and pastoral needs of students,” according to a press release.

The Australian Catholic Bishops’ Conference (ACBA) 12-page document addresses issues such as “gender” transition, the use of a student’s preferred “name, identity,” and pronouns, and bathrooms for students of the opposite sex.

Archbishop Peter A Comensoli, chair of the Bishops Commission for Life, Family and Public Engagement, said that the document was based on the principle that “each person is created in the image and likeness of God, and is loved by God.”

The bishops further noted that the “popular rhetoric around gender variance” accepts “perceptions of sex and gender that are inconsistent with a Christian understanding.”

“These recent social changes in definition and language are in conflict with the Catholic understanding of Creation, in which every person is created good and is loved unconditionally as they are,” continued the policy.

However, the policy did not denounce these perceptions in themselves, but only described them as different to the “Christian understanding.”

“There needs to be awareness of the unique needs of the gender variant student,” read the policy, “thus providing appropriate bathroom and sleeping arrangements where all students feel safe and supported.”

Gender can ‘change over time’

However, while seeming to initially moderately warn of certain elements of the transgender movement, the bishops’ policy then proceeded to align itself with fundamental aspects of the movement.

The policy stated that “individuals experience and express their biological sex—their masculinity and femininity—in a wide range of ways.”

“This sense of one’s own sex is often referred to as one’s gender,” continued the bishops, adding that it can be “influenced by a range of early experiences and expectations in the family and at school, on social media and in the wider culture and society.”

In this sense, gender can also change over time and vary both between individuals and across different cultures. Rigid cultural stereotypes of masculinity and femininity are thus unfortunate and undesirable because they can create unreasonable pressure on children to present.

In order to “alleviate anxieties” and increase the “access and safety options of vulnerable students,” the policy proposed new bathrooms in schools. They would be comprised of “a unisex toilet or change room area or creating a bathroom space that is private and not aligned to biological sex.”

Additionally, the policy suggests that “offering flexibility with uniform expectations, would cater to the diversity of the student body,” in a move which appears to align with the transgender movement’s push for a “gender neutral” dress code.

Such an alignment with the non-Christian transgender movement is also seen in the policy’s coverage of school camps or various events, as the policy calls for “awareness of the unique needs of the gender variant student, thus providing appropriate bathroom and sleeping arrangements where all students feel safe and supported.”

LifeSiteNews contacted the ACBC seeking further comments on the policy, highlighting the policy’s statement that “gender can also change over time.” No response was received by time of publication.

LifeSite also contacted the Vice-President of the ACBC, Sydney’s Archbishop Anthony Fisher, OP, known formerly for his conservative and pro-life views, but who has since supported the abortion-tainted COVID injections. However, LifeSite was told that since the policy was an ACBC project, any questions must be directed to the bishops’ conference.

In contrast to the ACBC’s policy, Bishop Donald DeGrood of Sioux Falls in the U.S. recently warned against such aspects. Arguing against supporting individuals in transgender beliefs, DeGrood wrote “when a person experiences same-sex attraction or some form of gender dysphoria, such struggles do not change the biological fact of how God created that person, and it would be untruthful for the Catholic Church or our Catholic schools to pretend otherwise.”