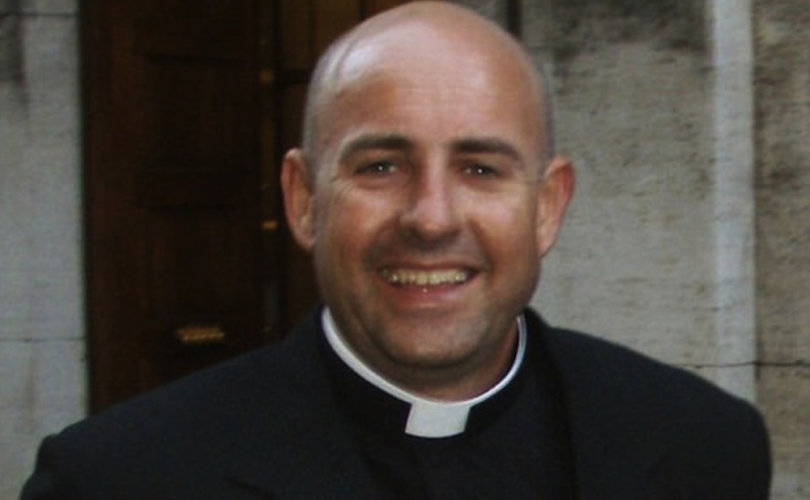 BRISBANE, Australia, September 29, 2017 (LifeSiteNews) – An Australian priest was spat on and cursed at based on the assumption he won’t be voting for same-sex “marriage.”

Father Morgan Batt posted on Facebook that as he was walking down Queen Street Mall, someone stopped him and then spat on him and called him a “f***ing no voter.” He was identifiable as a priest because he was wearing his Roman collar.

“Smile and move on was all I could do,” Batt recounted. “Let’s pray for healing. Australia(,) this is really not us.”

Batt is the vocations director for the Archdiocese of Brisbane. He is the first Australian and the first priest to have climbed and then offered Mass at the highest peaks in Europe.

The Daily Mail reported on the incident.

A non-binding, optional postal survey on the definition of marriage is underway in Australia. The government says it will act based on the results of the survey.

A man who self-identifies as gay said in a recent video that there has been “bullying” and “absolutely vile comments” from the “Yes” campaign, and so he is voting “No.” A second man agrees in the video, posted on the Facebook page “Our Voice. Our Vote.”

Another video from the same page shows people flipping off and protesting an “It’s Okay to Vote No” rally.

Former Prime Minister Tony Abbott, who is helping the “No” campaign, was recently headbutted by a supporter of same-sex “marriage.” The head-butter, who was wearing a “Vote Yes” pin, said he did it because of his general dislike of Abbott, not specifically because of their disagreement on marriage.

The “Yes” campaign is backed by a number of large corporations, celebrities, and the Australian Football League.

The Coalition for Marriage is an umbrella “No” campaign focusing on sex education, children’s rights, and freedom of speech.

The response of the Australian Catholic bishops to the vote has been mixed, with the archbishops of Sydney and Melbourne encouraging their flocks to vote against redefining marriage. Maitland-Newcastle Bishop Bill Wright seemed to have already accepted defeat in an article he wrote for his diocesan magazine suggesting there is a “common good” argument for same-sex “marriage.”

The bishop of Parramatta, Vincent Long Van Nguyen, wrote, “It should not be a matter of a simple answer Yes or No to the postal survey.” It “should also be an opportunity for us to listen to what the Spirit is saying through the signs of the times.”

The Australian Conference of Catholic Bishops links to the Coalition for Marriage on its website.

American priest Father Jonathan Morris, a left-leaning Fox News contributor, said he was spat on in 2015 by attendees of a gay pride parade in New York City.