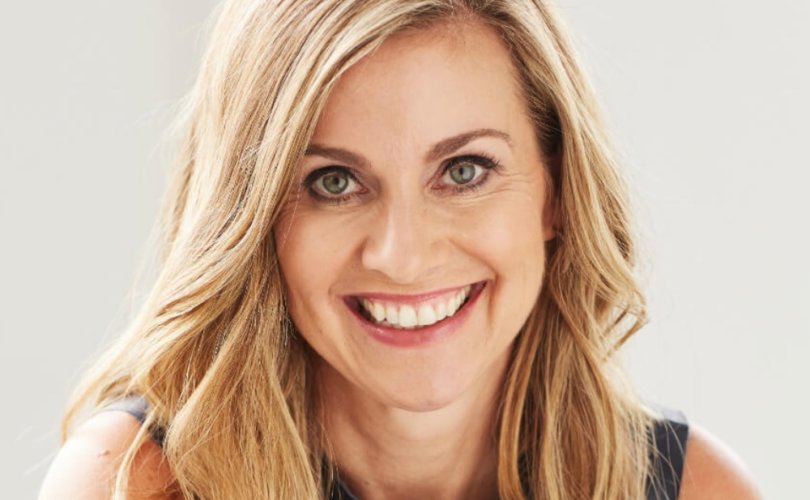 “We are finding ourselves in a place where we have increasing polarization everywhere, and everything feels binary when it doesn’t need to be, so I think we’re going to have to think about a recalibration of a whole range of human rights that are playing out online,” Grant told a panel at the World Economic Forum’s annual summit on Monday.

“From freedom of speech to the freedom … to be free from online violence, or the right of data protection to the right [of] child dignity,” said the “eSafety” commissioner, indicating which rights she believes are in need of “recalibration.”

The clip, which was first reported by the Canadian conservative outlet True North Centre, has gone “viral” on social media over the past 48 hours, with people and groups from around the world suggesting that a “recalibration” of “human rights” is a euphemism for the eradication of such rights.

“The Great Free Speech Recalibration,” replied investigative journalist and editor of The GrayZone, Max Blumenthal, making reference to the WEF’s “Great Reset” agenda which seeks to “reset” capitalism in favor of global socialism.

According to the World Economic Forum’s biography of Grant, she “leads the world’s first government regulatory agency committed to keeping its citizens safer online,” and her career began in “Washington DC, working in the US Congress and the non-profit sector before taking on a role at Microsoft.”

During her time at pro-censorship Microsoft, Grant spent 17 years serving “as one of the company’s first and longest-standing government relations professionals,” while also doing similar work for social media giant Twitter.

As reported by LifeSiteNews, the WEF has sparked increasing controversy since the onset of COVID-19 due in part to the unveiling of the WEF’s radical socialist “Great Reset” agenda, which envisions a life in which private property and privacy are widely abolished, which seems to include many aspects of the Chinese Social Credit System.

In fact, members of the Alibaba Group, the organization behind key components of the Chinese Communist Party’s social credit system, are currently in Davos for the WEF annual meeting.

The WEF has shared that they plan to tackle “pandemic recovery, climate change, the future for work, accelerating stakeholder capitalism, and harnessing new technologies” during this year’s Davos meeting, with particular seminars on “Food Systems in Crisis,” “Transitioning to a Green Middle East,” and “The Biotech Revolution.”

The WEF has also enacted massive security measures for its 2022 meeting, including 5,000 military personnel and a strictly enforced no-fly zone.

On Monday, conservative journalist Jack Posobiec was detained by said personnel, who were displaying “World Economic Forum Police” badges, for about an hour while he was filming outside the secret meeting in Davos.