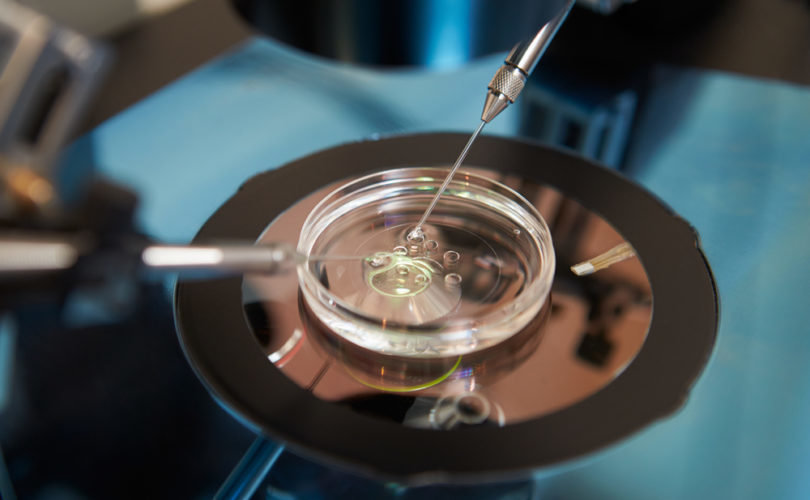 SYDNEY, Australia, February 10, 2016 (LifeSiteNews) – An Australian consumer oversight body is looking into whether the nation’s IVF clinics are misrepresenting their success rates amid increasing complaints of aggressive marketing and clinics not being up front about customers’ chances of conceiving through one clinic versus another.

The chairman of the Australian Competition and Consumer Commission (ACCC) expressed concern over clinics misleading consumers, a report from Australia’s ABC 7.30 program said. Now, the Commission is conducting a major compliance check of how Australia’s 34 IVF clinics present their success statistics.

“We certainly have found instances of information being put on the websites and being given to consumers that we think is misleading,” stated Rod Sims.

“When clinics say, ‘we have a much higher success rate than other clinics,’ and they are just so vague they could mislead consumers,” Sims stated.

Advertisements for one major clinic say it gives couples  “an almost 40 percent greater chance of taking home a baby” by contrasting its live birth rate per embryo transfer with the average of other Australian clinics. When questioned, it defended its use of national averages for comparison.

Simply comparing clinic averages does not show the intricacies of fertility issues treated by individual clinics, said Professor Michael Chapman, President of the Fertility Society of Australia (FSA), and doing so is an overly basic approach.

“We're concerned about patients' capacity to understand individual data as presented on websites,” Chapman said. “It's usually simplistic, it's selective and in some cases when comparisons occur with the national database, it makes it unrealistic for the patient and potentially misleading to patients.”

The FSA issued guidelines to clinics in June of last year, requesting they not use comparative advertising against the national average from its site, but these requests can be ignored by clinics.

Chapman said it was also theoretically misleading when success rates are presented with cautions that consumers aren’t always able to process completely.

According to another clinic’s claim, of the people who do require IVF treatment and have had a baby through the clinic,“90 per cent fall pregnant in one to three cycles.”

“I, as a consumer, would think this clinic has got a 90 per cent success rate,” Chapman said. “That's not actually what they are saying – it's misleading.”

Statistics from the Australia & NZ Assisted Reproduction Database (ANZARD), compiled from all Australian and New Zealand IVF clinics, say there is massive variation in success rates between different clinics.

“There are some clinics that don't perform very well, and I think you should be aware of that,” IVF expert Professor Alan Trounson said.

“Some maybe perform very much better because perhaps they're only treating young people, for example,” he said. “But clients for fertility treatment need to be able to use their own nous (intelligence) to figure this out.”

Trounson was critical of “aggressive marketing” by IVF clinics, using what he termed “sparse information.”

“I know they're doing that in many cases because they've got shareholders and they're trying to improve their market in what is maybe a declining number of people as the number of new clinics coming in expands,” he said.

“I think they are, in many cases, quite desperate to get people's business,” he continued, “and I think, on the receiving end, the consumers, many of them are quite vulnerable.”

The Catholic Church teaches that fertility techniques disassociating the husband and wife, or use the intrusion of another person outside the couple (sperm or egg donation, surrogate births) are gravely immoral. The Church holds that these techniques infringe the child's right to be born of a father and mother known to him and bound to each other by marriage, and betray the spouses’ “right to become a father and a mother only through each other.”

In vitro fertilization has also lead to the deaths of countless human embryos, as fertility clinics routinely create more embryos than can be implanted – leaving the “excess” embryos to be destroyed, or frozen for indefinite periods of time.