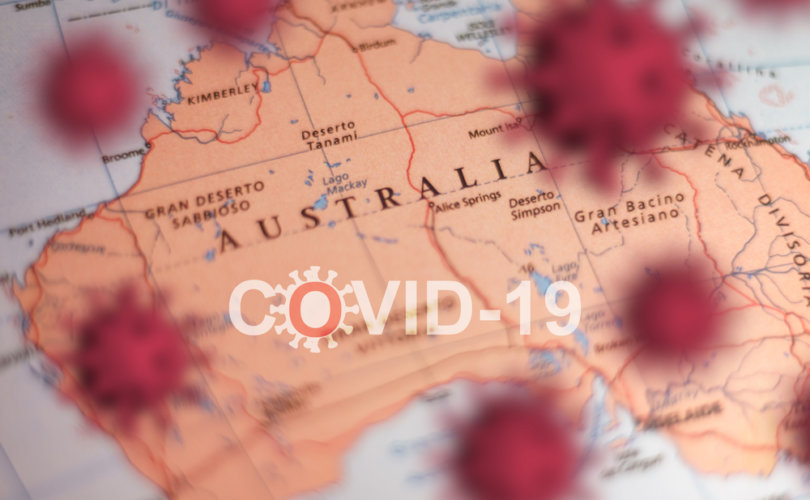 MELBOURNE, Australia (LifeSiteNews) — An Australian man sustained life-threatening injuries after dousing himself with gasoline and setting himself ablaze on the street on New Year’s Day. The man was heard shouting anti-vaccine passport slogans.

The incident took place shortly after 8 p.m. According to local news report, the man set himself and his car on fire in front of horrified passers-by while denouncing Victoria’s new COVID-19 vaccine mandate.

A video of the incident emerged on social media. The person filming is heard blaming Victoria Premier Daniel Andrews, saying, “Dan Andrews that’s on your f–king hands, you dog.”

A #Victorian man set himself on fire inside his car while screaming about #COVID19 vaccine mandates.

Shocked bystanders pinned down the man as police and firefighters doused him with water and rushed him to the hospital with life-threatening injuries#auspol #Melbourne #victoria pic.twitter.com/gfcZpx9f9h

Police and firefighters doused the burning man with water to extinguish the flames with the help of a few horrified bystanders who attempted to restrain him.

“His skin was burning. He was on fire,” a woman who witnessed the gruesome scene told Australian newspaper The Herald Sun. “His skin is stuck to my shirt. He was just off his face [intoxicated] screaming about the vaccine mandates.”

Another witness, Lydia O’Connor, was having dinner at a nearby restaurant when she witnessed the incident.

The man was later taken into an ambulance and rushed to the hospital with serious burns. On Sunday, a hospital spokesperson described his condition as critical but stable.

The state of Victoria, like much of Australia, has been in and out of lockdowns and subject to draconian COVID rules throughout 2021. More recent measures in Victoria include jab mandates and a “vaccine passport” scheme aimed at barring access to bar, restaurants, and other public venues to the unvaccinated.

These restrictions have led to massive protests in recent weeks, as Australian citizens have become fed up with the government suppressing their most fundamental freedoms.