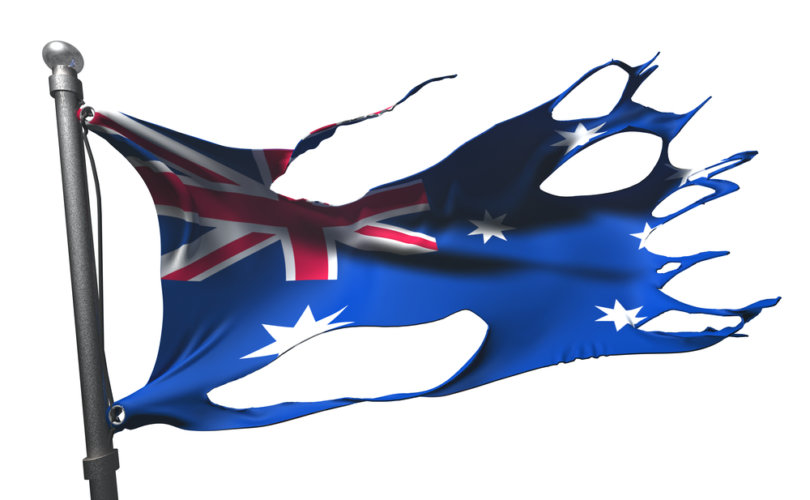 MELBOURNE, Australia (LifeSiteNews) — Police in the state of Victoria are now using “unprecedented” tactics to control citizens imprisoned at home by the lockdown regime.

Yesterday, Thursday, anti-lockdown protesters were stunned by Victorian Police’s show of force, as battalions of heavily armed police supported by Counter Terrorism units patrolled the streets of Melbourne’s CBD (Central Business District). This coincided with the introduction of extraordinary tactics such as the temporary restricted airspace order over Melbourne’s CBD to prevent media from filming police operations.

Victoria Police justified the unprecedented tactic of designating the capital city a “no-fly zone”, stating “Protestors were actively monitoring aerial livestreams, compromising the police operation and putting the safety of members at risk.”

The Australian Broadcasting Corporation (ABC), the Seven and Nine television stations, and the Alliance for Journalists’ Freedom threatened legal action against Victoria Police. As a result, networks were granted a minor concession: aerial footage was permitted, but broadcasting had to be delayed for at least one hour after the events.

Both protesters and their critics stated that this was being done to deter potential protesters by censoring the overwhelming size of the protests, and to prevent media coverage of police brutality.

Victoria Police has earned a reputation for using excessive force in their dealings with protesters. Since anti-lockdown protests began, social media platforms have been inundated with live footage showing examples of police brutality against unarmed, often compliant, protesters. This includes individual protesters being forcibly arrested by multiple officers while injured, protesters being thrown or struck while incapacitated or unaware, police striking protesters and crowds indescriminately, and protesters being shot by rubber bullets at close range to disperse defiant crowds.

“If you want a picture of the future, imagine a boot stamping on a human face—for ever.”
― George Orwell, 1984#Australia #Melbournepic.twitter.com/TSfN3ZD5x8

Another Video of #Police #brutality in #Australia

What the hell is going on in #Melbourne, #Australia?!!
The #police have gone full #stasi!
This ‘criminal’ was apparently protesting against #VaccinePassports. There may be more to it, but regardless, at this point he was compliant.
This is assault however you look at it. pic.twitter.com/eyEW282ra2

For the second consecutive day, protesters rallied at the ANZAC Shrine of Remembrance in the heart of Melbourne. This monument holds significant cultural and historical meaning as it celebrates the Australian and New Zealand soldiers who sacrificed their lives defending freedom and democracy.

Although protesters were heavily criticised for choosing this “sacred” site, they believed it was a fitting location to make a symbolic stand. Meanwhile, as police encircled the protesters at the ANZAC Monument of Remembrance, live footage showed heavily armed officers firing rubber bullets at protesters indiscriminately and at close proximity.

The moment police opened up and fired on protesters at the Shrine of Remembrance. #Melbourne #Australia #MelbourneProtest #FreeAustralia #FreedomtoHumanity pic.twitter.com/n7ADp5D8cP

Live footage showing protesters with severe head injuries from rubber bullets at close proximity have since been removed from social media platforms.

To further establish control of Melbourne CBD, Victorian Police and Australian Counter Terrorism units are reported to have employed agents provocateurs. A citizen journalist warned on Twitter that police are “infiltrating” the protests.

Using “agents provocateurs” is a tactic whereby undercover officers infiltrate a demonstration or protest in order to report protest movements to law enforcement, to direct protesters or protest organisers, and even incite individuals or groups to commit violent or illegal activities in order to maximise arrests. As a result, mainstream media is able to highlight footage of individual instances of violence in order to demonise entire movements as violent extremists – a strategy which proved to be highly effective in the US Capital demonstration on January 6th.

Raw footage from Melbourne shows police in conversation with two reported agents provocateurs dressed in ‘protest apparel’. After their conversation, the undercover officers make their way back into the crowd of protesters.

To further discredit the protests even further, Australian media released the whatsapp conversations of protest organizers, which revealed members accusing one another of being “undercover cops” and working for law enforcement to subvert their efforts.

Victoria Police have justified their show of force and unprecedented tactics in order to deter future protests. This comes after thousands of construction workers rallied in state capital Melbourne’s CBD on Tuesday to protest mandatory vaccinations as a condition of employment.

— Article continues below Petition —
BOYCOTT United over religious and medical COVID vaccine exemptions
Show Petition Text
21675 have signed the petition.
Let's get to 22500!
Thank you for signing this petition!
Add your signature:
Show Petition Text

Once police arrived to defend the CFMEU headquarters and arrest Victorians for violating public health orders to remain in lockdown, protesters began attacking police vehicles as retaliation for crackdowns earlier in the week when an elderly woman was thrown to the floor and pepper-sprayed by police.

Protesters were strengthened by tens of thousands of Victorians who not only oppose vaccine mandates in their respective industries, but also oppose indefinite lockdowns that have caused irreparable damage to Australian families.

Melbourne has gained notoriety as the world’s most oppressive city, with over 600 arrests since protests began on Saturday. With an expected ‘reopening’ date on the 26th October, the people of Melbourne will have spent a combined 267 days in lockdown since the start of the coronavirus pandemic.