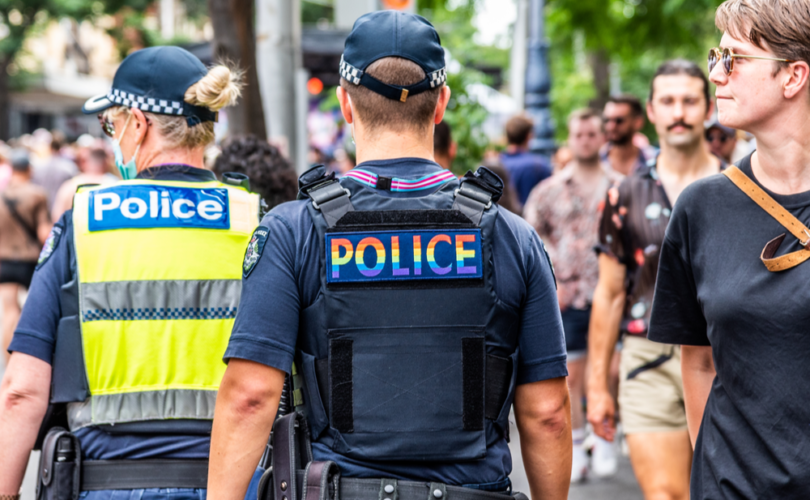 VICTORIA, Australia (LifeSiteNews) — An Australian policeman is under investigation for saying online to a fellow officer that there are only two genders.

Sergeant Bruno Staffieri, a 62-year-old Christian who has served as a policeman for over 35 years, was interviewed by officers from Professional Standards Command regarding online comments he made to an officer.

“So you are doing tertiary education studying genders,” Staffieri wrote, “I’ll make it easy for you to pass … there are 2.”

Staffieri has been an outspoken opponent of the adoption and promotion of the LGBTQ agenda by the Australian government and police. According to local news agency The Age, the current investigation “shapes as a test case for freedom of speech and the force’s recently revised social-media policy, particularly for officers expressing religious or political opinions online.”

The present “offense” is not the first time Staffieri has sparred with officers over their support of the LGBTQ agenda. In June 2021, Victoria Police Deputy commissioner Neil Paterson reportedly posted on Yammer, the police internal messaging platform: “Victoria Police is proud to have been recognised as a silver employer at the 2021 Australian LGBTQ+ inclusion awards.”

In response, Staffieri reportedly posted, “Yes, I agree. Great achievement. But if the public knew how much time, effort and taxpayer dollars went into this, they would also be demanding why we didn’t get a gold.”

Likewise, Staffieri posted a comment on Facebook after an ABC News report on a teacher who founded a gay pride group for students at a school in western Sydney: “What a disgrace. Bad enough having gay, non-binary teachers, but to have them push their filth on students is a disgraceful crime. Why can’t we sack these teachers?”

“So the next time Australians are sent out to fight a war, maybe we can send out the 8000 that marched today … and try to stop the enemy by waving feathers and brightly coloured boas at them.”

The current investigation of Staffieri has drawn sharp criticism from some who claim that today in Australia the “police are busy attending to thought crimes.”