One of the 'ratbags' was a 21-year-old who committed suicide within a day after protesting a library's drag queen story time.

BRISBANE, Austraila, January 28, 2020 (LifeSiteNews) – An Australian politician who repeatedly described young people protesting against a drag queen story time event in Brisbane as “ratbags” failed to apologize for his post despite the 21-year-old leader of the group committing suicide within 24 hours of the event and the subsequent online backlash.

Wilson Gavin, who led the protest, was found dead less than 24 hours later after a video of the protest went viral online.

MP Trevor Evans posted on Facebook shortly after a video of the protest went viral online. He wrote:

Today in Brisbane some ratbags held a protest about Drag Queen Story Time events that are held in Brisbane libraries.

Some disinformation is getting around, so here’s the facts:

The ratbags are not members of the LNP but they claimed to be.

The only LNP connection is that it is an LNP administration in Brisbane City Hall which has been running the Drag Queen Story Time events!

Last year the LNP resolved to take legal action to stop these ratbags from claiming to be affiliated with the LNP after some other silly stunts.

When I was elected in 2016, it was the first time Queensland had an openly gay MP. At the recent election, I was joined by another -- Angie Bell MP, the LNP member for Moncrieff. I’m sure I speak for Angie too when I say that I strongly support the LNP administration in Brisbane City Council for holding these events celebrating Brisbane’s diverse community.

The ratbags who protested the event wouldn’t know liberal values if they fell over them.

The post by Evans was perhaps the most striking example of the online abuse that the protesters received based on his position and repeated use of the term “ratbags."

LifeSite contacted Evans to ask if he will apologize for his post but had received no reply.

In the two weeks since the events, the post has attracted more than 5,000 comments, with almost 800 people either “liking” or “loving” the post. Evans has neither removed, updated or issued an apology for the post.

Among one of the first commenters on the post was one of the two drag queens who led the story time event for children in Brisbane Square Library. He said he was “truly grateful” to Evans for his post.

The online abuse received by the protesters has been highlighted by the mainstream Australian media. One Australian politician quit Twitter in protest at the abuse targeted at the young pro-family activists.

Among the messages aimed at the young protesters in what has been described as a “storm of online abuse” was one post on Twitter that read: “I generally abhor violence but there is something about Young Liberals that makes me feel ‘stabby’. The ugly entitled homophobia & misogyny are def a part of it, but it’s those blue button-down shirts & red puffy cheeks that really grind my gears.” Another tweet read, “I’ve never seen a set of more openly hittable faces. How do I get to meet Wilson Gavin? He needs some proper schooling.”

LifeSite contacted the Queensland Police and was informed there is no investigation taking place into the online abuse of Wilson and the other protesters, or into any abusive messages that Wilson may have received.

Bernard Gaynor, a Catholic and conservative social commentator based in Brisbane, has used Twitter to question the failure of Queensland Police to investigate the online abuse Wilson received before his death. He wrote: “Wilson Gavin's death followed a torrent of abusive trolling. Are the @QldPolice investigating any offence relating to use of a carriage service to menace, harass or offend. There have been no statements. This is concerning.”

Are the @QldPolice investigating any offence relating to use of a carriage service to menace, harass or offend.

There have been no statements. This is concerning.@couriermail @SteveAustinABC @australian

Wilson himself is reported to have been same-sex attracted and chaste, making his unpopular stand against same-sex “marriage” and transgenderism all the more admirable because of the backlash he endured. In 2017, while giving an interview as part of the “Vote No” campaign in the leadup to Australia’s referendum on whether or not to redefine marriage, Wilson commented on the abuse he received as a conservative activist, saying, “As a conservative, you are just subjected to an unending barrage of vitriol and hatred and of the nastiest comments imaginable.”

Dave Pellowe, an Australian conservative Christian social commentator who interviewed Wilson in 2017, has pointed out that sadly, even after Wilson’s death, some people on social media continued to attack him.

One Twitter user wrote, “It is a shame for him rather than embrace the LGBTQI community, to better understand himself, he chose to go to war on it. His last act, one of hate, will be what he will be remembered for.” 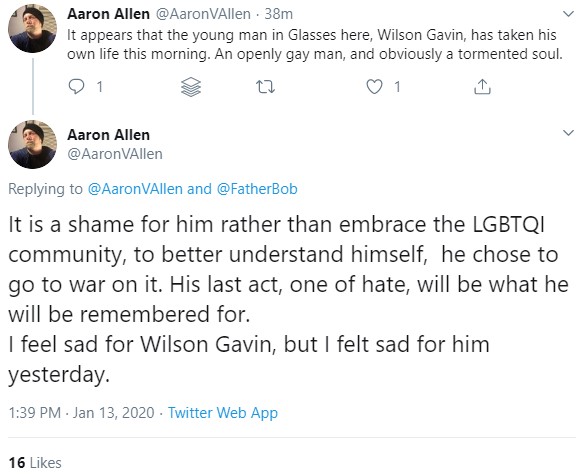 Another Twitter user wrote: “The mental gymnastics required everyday to overcome internalised homophobia can be so tiresome. Poor Wilson Gavin. He lost his battle today against all that self hatred & self loathing.” 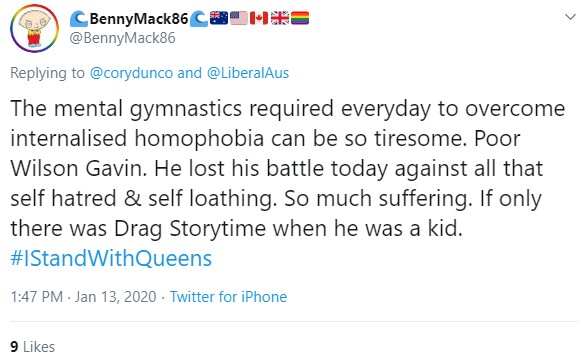 In response to a Sky News Australia report on Wilson’s death, once Facebook user commented: “It’s pretty rare for a conservative to feel shame. I hope he reconnected with his soul.” 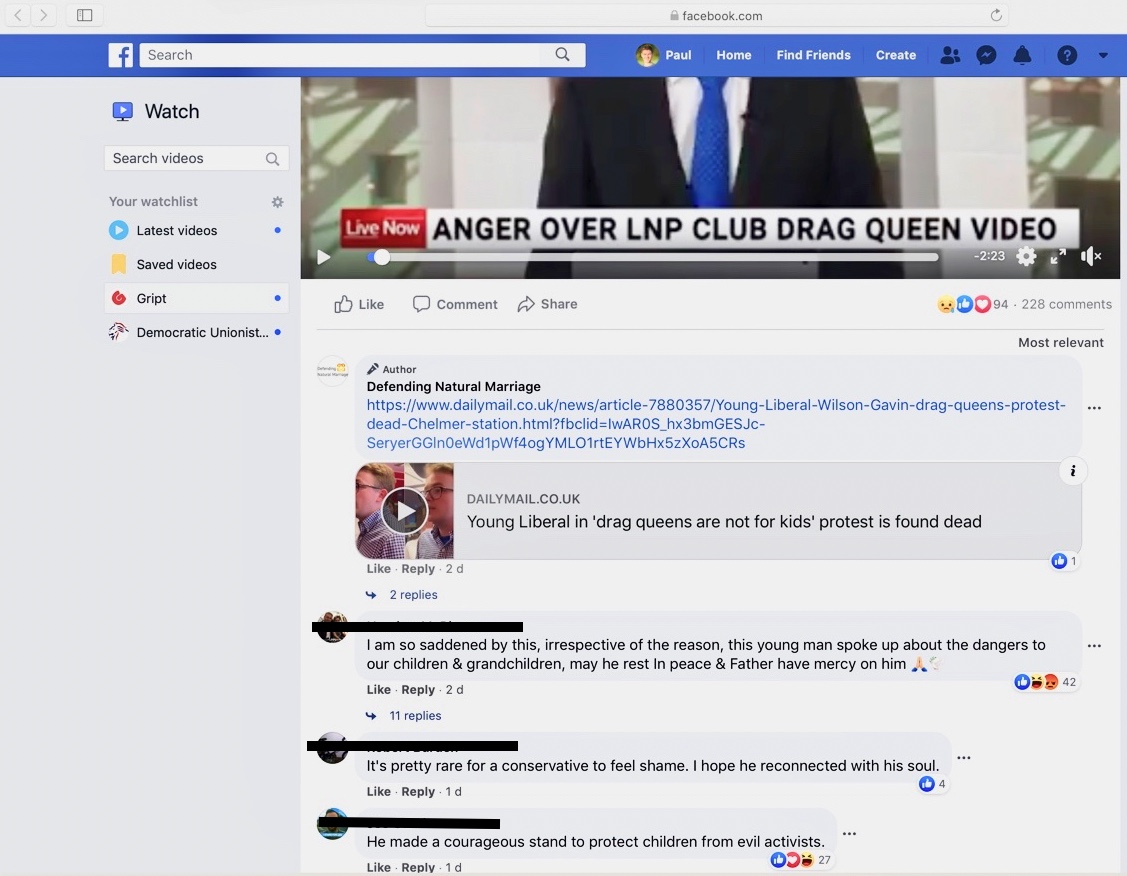 Another Facebook user wrote: “It’s fantastic news that he finally worked out who he really hates and took serious action by killing himself.”

On WIlson’s own Facebook page, one user wrote “clearly died of shame” after the news of his death emerged. 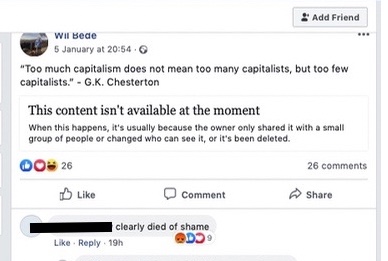 Wilson’s funeral took place on Monday. His friends describe him as “a hero, a leader and the greatest of friends.”

Pro-family campaigners in Brisbane are continuing to protest the drag queen story time events in public libraries and are collecting signatures through an online petition.