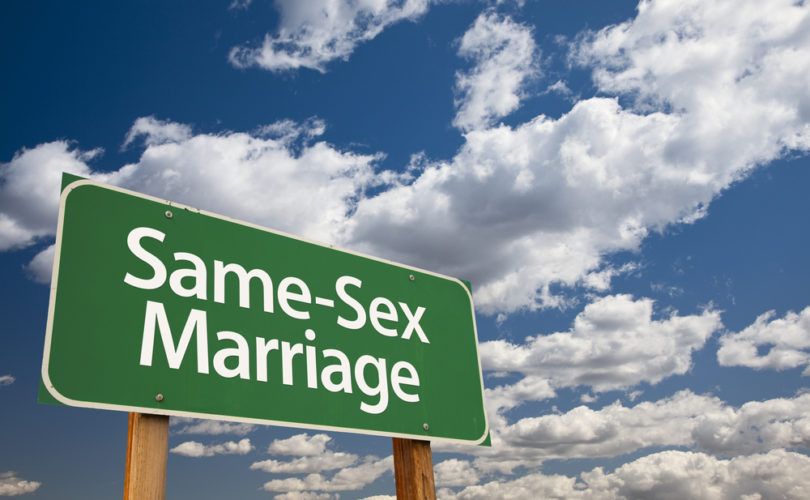 Stealing from a Child: The Injustice of ‘Marriage Equality’ was written by Dr. David Van Gend, who is the head of the Australian Marriage Forum. “Marriage Equality” is the name the LGBT lobby is using to promote the legalization of same-sex “marriage” in the run-up to a national plebiscite on the issue set for February.

Connor Court, the conservative publishing house that lists many books on the same sex “marriage” issue (at least one of them that supports same-sex “marriage” but from a conservative perspective), reported that the day before the Australia Marriage Forum began a series of book launches across the country, its printer, MacPherson’s, informed the publisher that it will not print the book.

“Due to the subject matter and content of your book, unfortunately I have been instructed by senior management not to proceed with printing this title,” Connor Court was told, despite the fact that 2,000 copies had already been sold and it was already listed on Amazon.

Van Gend responded in a statement: “This was a shock because you don't expect a printing firm to act as a political censor for the gay lobby.”

“It is also a shock because it comes just days after the Mercure International Hotel in Sydney cancelled the venue for our big gathering of groups opposing same-sex ‘marriage,’ after gay activists threatened hotel staff if they let us meet there.”

The author said, “I defy anyone to find a single word in my book that should not be printed. I can understand the gay lobby being worried about a book that so clearly exposes the harms of genderless ‘marriage’ and of the whole genderless package deal that comes with it, but they should not try to shut down our side of the debate by banning a book!”

Van Gend noted that not only the hotel chain but the publicly-owned Special Broadcasting Service censored his group’s pro-family messaging. Last year, the SBS cancelled a Marriage Forum ad set to run during the Sydney Gay and Lesbian Mardi Gras. “But that led to widespread condemnation of SBS, and I hope this act of political censorship by a corporation gets the condemnation it deserves.”

The book lays out the negative consequences of same-sex “marriage,” whose defenders insist it will have no impact. According to the promotional material, “We are branded as ‘haters’ for defending a child’s birthright to her own biological mother and father. We are insulted as ‘homophobes’ for defending our children from the genderless “Safe Schools” programme.

“In response, this book respectfully demolishes the edifice of error, injustice, and moral coercion that is built around ‘marriage equality.’ It lays bare the subversive ‘genderless agenda’ that comes with genderless ‘marriage.’ It is a manifesto in defense of society’s inviolable foundation: Father, Mother, Child.”

Van Gend questioned why MacPherson’s or its corporate parent, OpusGroup, waited until the last minute to cancel printing of a book they had in their possession for two weeks. But if the reason was to ruin the cross-Australia book launches, he said, it had failed “because the heavy early demand for books meant we had to run off a few thousand interim copies digitally at a different company and we will be able to supply demand for at least the next week, until we find a new offset printer.”

The national book tour started in Brisbane last week and proceeds to all state capitals before concluding in Canberra, the national capital, on Oct. 10, the day Parliament is expected to resume debate on whether to hold the marriage plebiscite.