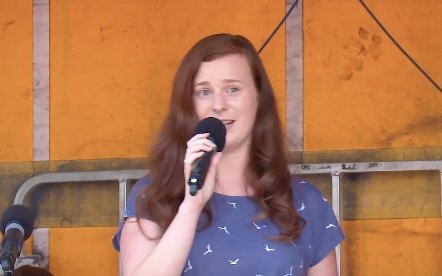 MELBOURNE, Australia, October 16, 2019 (LifeSiteNews) — Australian pro-life leader Rebecca Gosper has revealed she was the target of an online bullying campaign at the end of July when her face was photoshopped onto pornographic images of other women that were then published online with information on LifeChoice and hyperlinks to her personal Facebook page.

Gosper spoke about this publicly for the first time at the March for the Babies rally in Melbourne.

The mistreatment of Gosper ironically involved using women to bully and intimidate another woman in order to prevent opposition to legislation that would decriminalize and make freely available a different form of exploitation of women via the abortion industry.

It was all about minimizing effective resistance to decriminalizing abortion in New South Wales.

Originally plotted in secret and planned to be rushed through New South Wales’ parliament in record time, the Reproductive Health Care Reform Bill 2019 resulted in an internal Liberal party uproar, massive public rallies against it, a protracted passage through parliament lasting months with the honor of attaining the third longest running debate for time spent in the NSW upper house, and an attempted leadership challenge.

The handling of the abortion bill will ultimately result in Premier Gladys Berejiklian being forced to leave her position before the term of government is up, having spoiled her strong political capital from winning the recent election.

For Gosper, the connection between the bullying and her pro-life work as leader of campus group LifeChoice was easy as the images appeared online just a couple of days before news of the otherwise secret NSW abortion decriminalization bill was announced through the media.

Gosper told the March for the Babies crowd, “Along with the image was a link and a screenshot of my personal Facebook page and details of LifeChoice Australia, the pro-life organization that I run. This is illegal and was investigated by New South Wales police. I was targeted because I am a pro-life woman who dared to speak out on behalf of other women.”

The intimidation from the online attack left Gosper fearing for her safety and that of her family. It also made her question if she should still be standing up and fighting the bill.

For the first few days, during which she said she was emotionally shattered, the attack had the effect her pro-abortion opponents wanted.

“Various cowards online who attempted to exploit me and undermine my work show the true face of the pro-abortion lobby,” she added. “So to those people who think that it is acceptable to exploit a woman simply because you don't agree with her beliefs, congratulations. You have just showed the faceless anti-woman side of your movement.”

Speaking exclusively to LifeSiteNews, she explained further: “In terms of how it impacted me at the time, it was something so personal I never thought anything like that would ever happen to me.  Considering that I’ve dedicated this part of my life to being a voice for women and children, it seems underhanded for the other side to attack me in this way.” She says the support from the pro-life community since speaking at the rally has been amazing.

The first she knew of the online attack was when she received messages from completely random people either alerting her to the posts or making unwanted approaches.

Despite the heightened campaign period as the pro-life community fought against abortion decriminalization, Gosper found herself unable to take the issue public whether she wanted to or not.

For Gosper, there was an additional layer of vulnerability while waiting for the investigation to complete. “I felt very vulnerable, but I also had to trust the police and their detectives because unfortunately they have to deal with many of these cases.”

Gosper was also still processing her way through what had happened. “I was so shocked by this experience and personally hurt that I wasn’t able to speak about it to anybody at first,” she said.

Despite being emotionally numb, Gosper managed the emotions by throwing herself wholeheartedly into the campaign against abortion and effectively pushing the trauma to the side.

The result of the investigation is that the police aren’t yet able to identity the person or people responsible, but are ready to investigate seriously and take the issue as far as needed should it happen again.

Mary Collier, CEO of Right to Life Australia, told LifeSiteNews, “Those who set to destroy the pro-life movement by heinous acts merely show their desperation to stop the truth. The movement will not be silenced by bullies nor those who use euphemistic language to hide the reality of killing.”