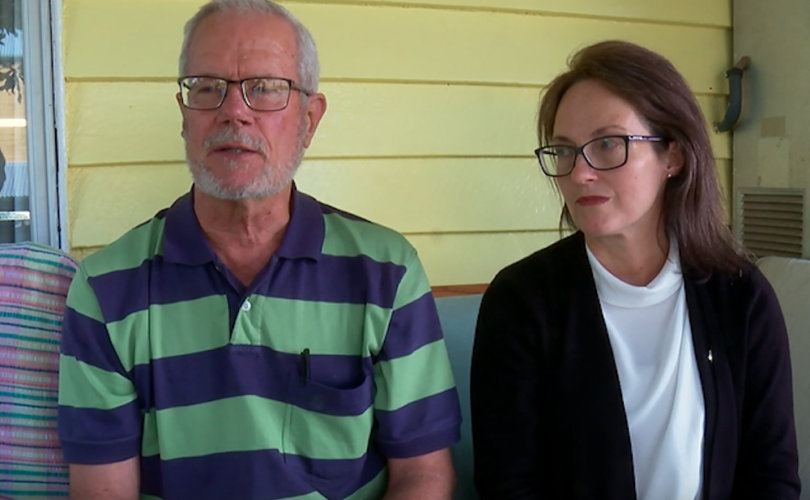 Graham Preston and Kathy Clubb had separate cases that were combined for the High Court appeal. The decision was handed down in front of the full court with five of seven judges present.

Preston has no other courts to which he can file an appeal and now expects the Tasmanian government to seek to collect a $3,000 fine from his original conviction in 2016.

Speaking to LifeSiteNews, Preston said the ruling was not surprising but obviously disappointing.

Clubb will continue to appeal to the Supreme Court her Victorian bubble zone law conviction. This case is separate from the High Court judgment that centered around the constitutionality of the laws.

“It’s not surprising,” she said. “This (Queensland) is a state where a practising abortionist has acknowledged that women are coerced into abortions but that she is still prepared to perform the abortions on those women. So we shouldn’t be surprised that the law is with the abortionists and not with people who try to defend human life.”

Lead pro-life lobby group Cherish Life Queensland condemned the High Court decision to uphold exclusion zones around clinics as tragic for the unborn and a blight on democracy.

“Despite all the medical evidence proving the humanity of the unborn, including sophisticated ultrasounds and embryology, our legal system refuses personhood to the unborn before birth,” executive director Teeshan Johnson said. “No other rights make sense if the right to life is not extended to unborn human beings.”

Johnson pointed out that this week in coordinated protests vegan activists trespassed on land and endangered farm biosecurity in the name of animal welfare, yet none were charged by police.