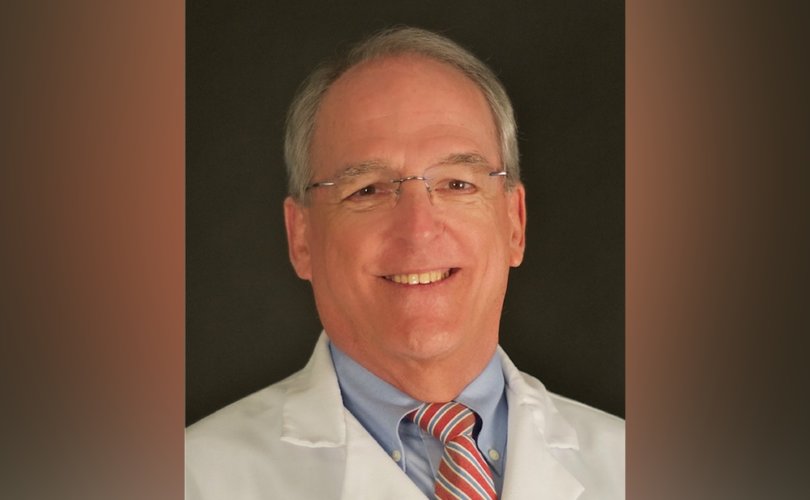 CRAWLEY, Western Australia, August 17, 2018 (LifeSiteNews) – The University of Western Australia (UWA) has canceled a speech by a prominent critic of transgenderism just days after admitting that canceling the speech would set a negative precedent for academic debate.

Dr. Quentin Van Meter is a pediatric endocrinologist and president of the American College of Pediatricians (ACPeds), a socially-conservative group of children’s health providers and experts. He was slated to speak at the university today as part of a nationwide tour sponsored by the Australian Family Association (AFA).

As LifeSiteNews reported Thursday, the event came under fire by pro-LGBT activists due to Van Meter’s contentions that transgenderism is a “delusional disorder” for which “no biological basis” can be found, that giving gender-confused children puberty blockers is akin to child abuse, and other views that defy the secular consensus on gender identity.

UWA students gathered more than 9,000 signatures for a petition demanding that the school not host Van Meter. Initially, UWA vice-chancellor Dawn Freshwater distanced UWA from his views but maintained that canceling his speech “would create an undesirable precedent for the exclusion of objectionable views from the campus.”

The university reversed itself on Friday, however, the Daily Mail reports. It claimed the “risk surrounding the event has been elevated to a higher level, which mandates a more robust event management plan,” which the AFA was allegedly “unable to provide.”

UWA claimed that it still “does not wish to set a precedent for the exclusion of objectionable views from the campus,” but insisted that in this case the event hirers [AFA] provided “no confidence that UWA could ensure safety on campus.”

UWA Student Guild president Megan Lee, one of the leaders of the protests against Van Meter, celebrated his cancellation, but said she was “disappointed” the university cited a procedural reason for the decision rather than agreeing that he was a purveyor of “hate speech.”

If UWA students “had been open to free speech & dialogue, they would have discovered a compassionate & qualified man acknowledging the dignity of every human person especially transgender patients with whom he has treated & not abandoned like others have,” the AFA responded in a statement.

Noting that the country was currently debating whether to provide sex-change surgeries at taxpayers’ expense, the group added that “Perhaps public institutions should have heard the other side of the story long before they were bullied into implementing policies they don’t fully understand the implications of.”

TVNZ reports that tickets to the event had been sold out.