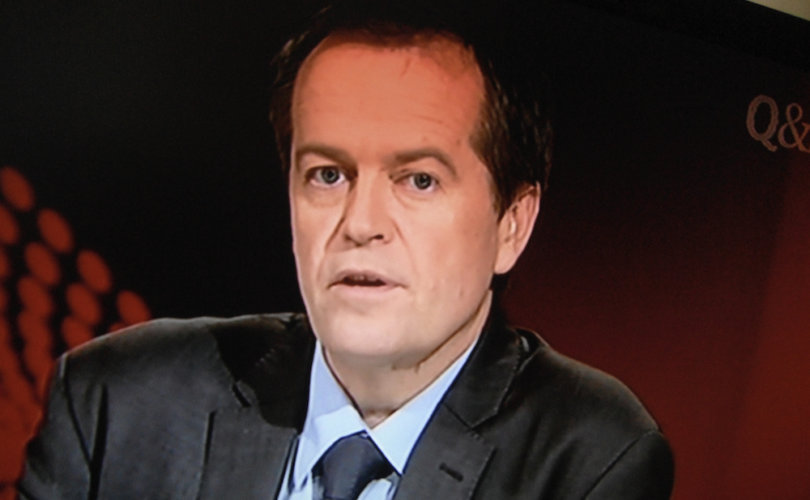 AUSTRALIA, October 12, 2016 (LifeSiteNews) — Australia is not expected to decide on same-sex “marriage” anytime soon due to its left-wing Labor Party’s opposition to a national vote on the issue.

Labor leaders are blocking Parliament from allowing a plebiscite because they want Parliament to immediately legalize same-sex “marriage.”

According to Labor leaders, a vote from Parliament would be “the cheapest, the fastest, and the least harmful way” to redefine marriage. Labor politicians claim a national vote would be “divisive” and “expensive.”

“Let’s just get on with it! Let’s make marriage equality a reality” by immediately legislating it, Labor leader Bill Shorten told Parliament.

Australians want us to make marriage equality a reality – let’s get on with it #auspol pic.twitter.com/nvx5wEI2u2

Shorten said he was “could not in good conscience recommend to the Labor Party that we support the plebiscite about marriage equality” because he doesn’t want children to “go to school in the climate of a plebiscite and have the integrity of their parents’ relationship challenged.”