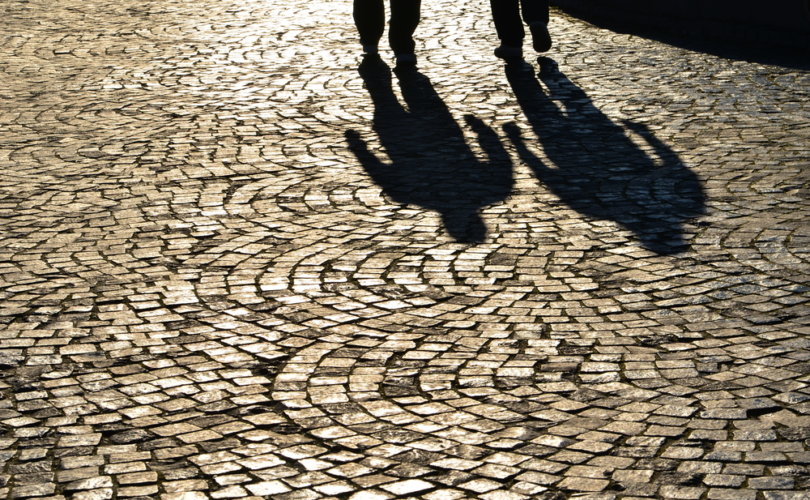 According to liturgical scholar Fr. Ewald Volgger OT, who contributed to the book, changing Church teaching on homosexuality “can be not only discussed, but also demanded.” The Church could only bless homosexual relationships after a previous change to Church teaching, as Volgger pointed out himself.

Talking to the diocesan newspaper of the Diocese of Linz, he said, “There is also a considerable number of bishops that would like to see a rethinking in the area of sexual morality for the evaluation of same-sex relationships.”

While making sure to distinguish the blessing from the sacrament of marriage, Volgger nevertheless claimed that homosexuality needs to be seen in a positive light.

Volgger praised the blessing of homosexual couples on Valentine’s Day, as it takes place annually, for instance, in Cardinal Christoph Schönborn’s cathedral in Vienna. The blessing proposed in the book commissioned by the Austrian bishops, however, goes beyond that.

“A benediction, as proposed from the point of view of the theology of liturgy, would also have an official character through which the Church expresses the obligation of fidelity and the exclusivity of the relationship,” according to Volgger.

In his interview with the diocesan newspaper, Volgger did not explain how Church doctrine could change. The Church’s condemnation of homosexuality goes back to ancient biblical times.

“The rejection of homosexual behavior that is found in the Old Testament is well known,” writes Catholic Answers. “In Genesis 19, two angels in disguise visit the city of Sodom and are offered hospitality and shelter by Lot. During the night, the men of Sodom demand that Lot hand over his guests for homosexual intercourse.”

After Lot’s refusal, “the angels blind the men of Sodom. Lot and his household escape, and the town is destroyed by fire ‘because the outcry against its people has become great before the Lord’ (Gen. 19:13).”

It is because of this passage that homosexuality is called one of the four sins that cry out to God for vengeance.

“They are contrary to the natural law. They close the sexual act to the gift of life. They do not proceed from a genuine affective and sexual complementarity. Under no circumstances can they be approved,” states the Catechism.

The Catholic Church furthermore teaches that the homosexual inclination is also “objectively disordered” since God created sexual attraction for the purpose of drawing a man and a woman together to become husband and wife in marriage.

The book commissioned by the Austrian bishops looks at the blessing of homosexual relationships not only from the point of view of liturgy. It also contains a section on ethics and moral theology, a biblical section, as well as a chapter looking at the current situation in Austria, where homosexual “marriage” was legalized in 2019.

Advocates for changing Catholic teaching on homosexuality in North America used the publication of the book to push their agenda.

The Archdiocese of Salzburg has commissioned the publication of a new book exploring the possibility of blessing same-sex unions: “The Benediction of Same Sex Partnerships”: https://t.co/lI8FGiN2Lh

New Ways Ministry, which, according to its website, “educates and advocates for justice and equality for lesbian, gay, bisexual, and transgender (LGBT) Catholics, and reconciliation within the larger church and civil communities,” also wrote about it.

German-speaking bishops are a significant force in advancing the homosexual agenda.

Cardinal Reinhard Marx, at the time head of the German Bishop’s Conference, said in 2019, “I insist: we welcome homosexuals, they belong to the Church, also to the sacramental community.” He added that homosexual couples can receive “a blessing in the sense of a pastoral accompaniment, we can pray together.”

The current president of the German Bishops’ Conference, Bishop Georg Bätzing, has also called for changing the Church’s official teaching on “practiced homosexuality” by “jumping over trenches.”

“Here the statement of the Catechism is first of all that these people are to be met with esteem and respect,” Bätzing said in an interview earlier this year. “But every single sexual act is seen as evidence of a disordered sexual life. This is something that many people no longer want or can understand.”

Bätzing claimed that in moral theology, “we have long since moved towards saying” that if “true love and faithfulness are lived,” even among same-sex partners, “we must acknowledge that.”

On the other hand, German Cardinal Gerhard Müller has come down strongly on the side of Church doctrine during a talk in 2018.

“If a priest blesses a homosexual couple, then this is an atrocity at a holy site, namely, to approve of something that God does not approve of,” the former Prefect of the Congregation for the Doctrine of the Faith pointed out.

June 5, 2020 correction:  The priest’s name has been corrected from Vollger to Volgger.