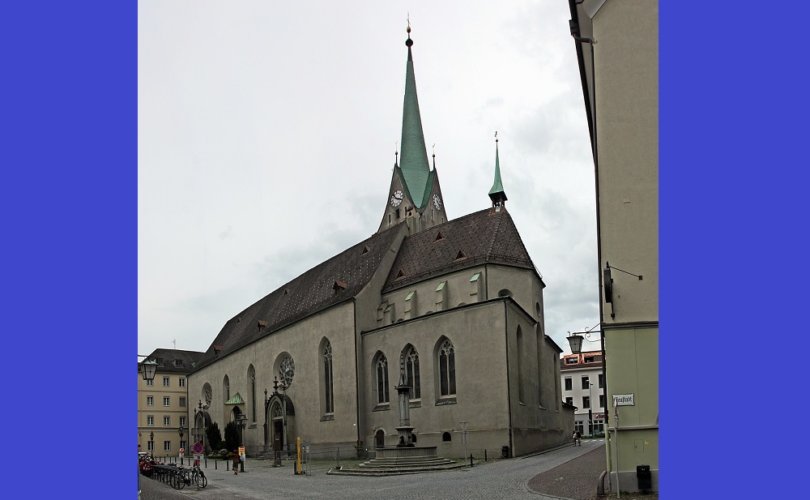 FELDKIRCH, Austria, February 21, 2020 (LifeSiteNews) — The Austrian diocese of Feldkirch is taking a father of six to court for refusing to pay the Church tax. The father, who remains anonymous, argued that he could not pay the tax in good conscience because of the diocese’s involvement in the promotion of homosexuality and gender ideology.

As reported by faithful Catholic news website kath.net, the father pointed out that employees of the diocese took part in an event celebrating homosexuality. He also mentioned that the diocese, bordering Switzerland, puts too much emphasis on pastoral care for homosexuals.

Gender ideology has taken over the diocese, according to the father. At the same time, openly Christian associations like “Teenstar” receive no support.

The first hearing in court took place on Tuesday, February 18. The diocese “remained firm and did not want to hear theological objections and reasons” for the man’s refusal to pay the Church tax, kath.net wrote. The next hearing is scheduled for March 31.

Even though the father did not pay the tax, he tithed and contributed to the well-being of the Church. Receipts documenting his contributions were sent to the bishop. The diocese preferred going to court over roughly €400, accumulated from 2016 to 2018.

In Austria, the Church tax (Kirchenbeitrag) is 1.1 percent of a person’s income. An employee making €35,000 per year would have to pay the Church €385. However, most people are able to apply certain deductions, decreasing the taxable income as well as the Church tax.

In Germany, on the other hand, the Church tax (Kirchensteuer) is collected not by the Church, but by the government. The amount is based on a person’s income tax, which in turn depends on many other factors, like how much money a person makes and how many children there are in the family.

The Church tax in Germany is eight to nine percent of the income tax. A monthly income tax of €250 would lead to a Church tax of roughly €20. The government would collect €270 from the taxpayer and forward what is owed to the Church.

Catholics in Austria have the option of designating half of their Church tax to a specific cause of their choosing (Zweckwidmung). What sounds good in theory is often difficult in practice. The father taken to court by the diocese of Feldkirch, for instance, was not able to support Teenstar, since the diocese did not list it as one of the options.

In 2016, it was reported that in the diocese of Feldkirch alone, about 300 cases of people not paying the Church tax ended up in court. Before that happens, however, Catholics usually receive a number of letters from the diocese.

Rudolf Höfer, professor of Church history at the university of Graz, criticized the Church tax in an opinion piece published by Austrian newspaper Die Presse in January 2020.

“It still remains to be explained what is terrible about the year 2019, when 67,583 people, an increase of 15 percent compared to 2018, have chosen to leave the Catholic Church and thus freed themselves from a coercive Nazi law, signed by a war criminal executed in 1946,” Höfer wrote.

He went on to ask, “Is the Nazi law not rather terrible, whose intention was ‘a crushing blow against the Church organization,’ and which has the same effect today? In 1939, all bishops protested against it in writing.”

Höfer expressed his surprise that in spite of almost 70,000 Catholics leaving the Church, the amount of money brought in by the Church tax in all of Austria rose from €461 million to €474 million.

According to the professor of Church history, very few people leave the Church every year in European dioceses where no Church tax is collected. The Diocese of Bozen-Brixen had 14 Catholics leave out of 480,000; the archdiocese of Ljubljana had 27 leave out of 580,000.