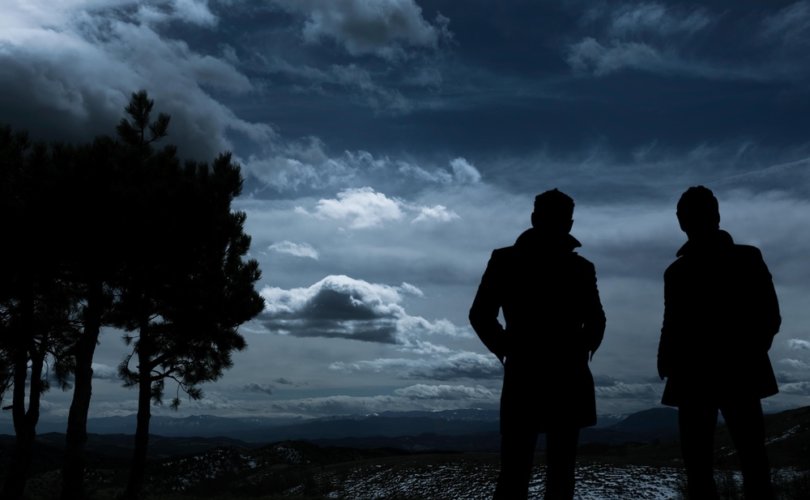 LINZ, Austria, June 5, 2020 (LifeSiteNews) – The editor of a book commissioned by the Austrian bishops that argues for the blessing of homosexual relationships has indicated that the ultimate goal is to have the Church “recognize” the “sacramental character” of homosexual partnerships.

Asked in an interview with the news website of the German bishops, why he was not arguing for homosexuals to be able to have a sacramental marriage, Fr. Ewald Volgger OT said, “After weighing up the arguments and options, I do however find that a certain degree of restraint is appropriate in terms of gradual progress.”

“The crux of the matter is, of course, the recognition of sexual intercourse as a precious human good,” the liturgical scholar added. “It is therefore helpful for the discussion that we describe this blessing as a benediction and thus as a sacramental, so as not to prevent step-by-step progress from the outset by equating it with the sacrament of marriage.”

Volgger was then asked explicitly whether equating homosexual relationships with sacramental marriage was the ultimate goal.

“When the Church’s magisterium recognizes a same-sex relationship as a common development of the baptismal vocation, it expresses that God is present and active in Jesus Christ,” Volgger said. “This constitutes the sacramental character of the relationship. The designation is not the primary goal; what is essential is the recognition of the common way of life of two same-sex partners whom God brings together.”

While he claimed that this “theological dimension of grace is not sufficiently considered in the discussion,” he failed to explain how grace would come into play in the context of a relationship based on genital activity between two persons of the same sex which the Church teaches is objectively and gravely sinful.

The Catechism of the Catholic Church states, “Basing itself on Sacred Scripture, which presents homosexual acts as acts of grave depravity, tradition has always declared that ‘homosexual acts are intrinsically disordered.’ They are contrary to the natural law. They close the sexual act to the gift of life. They do not proceed from a genuine affective and sexual complementarity. Under no circumstances can they be approved.”

According to Volgger, the Catechism simply needs to be changed. “Even if the Catechism still formulates it very apodictically, this does not mean that it cannot be revised,” he claimed.

Without explanation, he said that Pope Francis had “provided impulses” in this regard with his 2016 post-synodal Apostolic Exhortation Amoris Laetitia.

In fact, homosexuality is only mentioned in section 251, where the Pope states that, as the Synod Fathers observed, “as for proposals to place unions between homo-sexual persons on the same level as marriage, there are absolutely no grounds for considering homosexual unions to be in any way similar or even remotely analogous to God’s plan for marriage and family.”

At the same time, he admitted that “we have a long way ahead of us,” given differences from country to country, as well as in ecumenical and interreligious dialog, adding that there is a path to follow and a “goal is in sight.”

“By blessing homosexual relationships,” the Church would “show an appreciation for this relationship,” and would “symbolically express the love of God for man.”

Volgger pointed out that same-sex attracted people are already integrated into the life of the Church, “from the parish to the highest levels of the ecclesiastical hierarchy.” Based on this statement, he argued, “If the Church openly acknowledges this and recognizes the character of these people, then the Church will also open the way to a life in same-sex partnership.”

“Homosexuals have the same right to responsible partnership as heterosexuals,” Volgger concluded in the interview.

In a separate interview in April, Volgger still made sure to distinguish the blessing from the sacrament of marriage, while nevertheless arguing that homosexuality needs to be seen in a positive light.

Sacred Scripture, both in the Old and the New Testament, condemns the practice of  homosexuality.