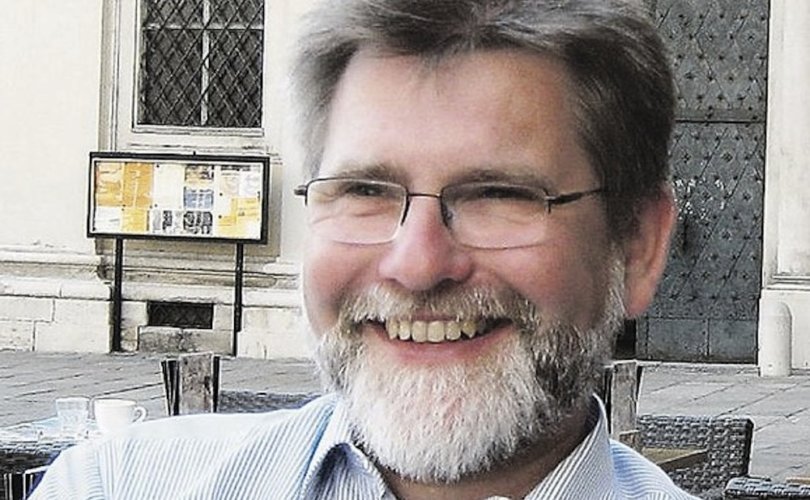 VIENNA, Austria, September 29, 2016 (LifeSiteNews) — The organizer of the Gender-Symposium argues that the attack on gender ideology from Catholic circles is ideological, generalized, and misses the point.

The Gender-Symposium conference was organized by Catholic Viennese theologian Gunter Prüller-Jagenteufel, professor of ethics at the University of Vienna.

In an interview with the Austrian Catholic News Agency, Kathpress.at, Prüller-Jagenteufel explained that the intention of the conference was to show that the criticism of gender ideology from Catholic circles is not valid.

“The argument that the critical questioning of gender role is an ideologically motivated attack of Christian-Western values and institutions comes to nothing,” the professor said. “‘Anti-genderism’ bases itself on generalizations that are untenable: that gender is just a social construct, that heterosexual relations are supposed to be dissolved, and that the tradition family is in danger of being destroyed.”

Prüller-Jagenteufer criticized how gender-theory promoters are considered “left wing” by the Church. “Gender wants equality, not egalitarianism,” he insisted.

The Symposium took place September 22-24 in Vienna. It was co-organized by Austria’s Association of Catholic Academics and other international theological institutes, and an ecumenical character.

Speakers shared a common critique of Poland and Hungary in their fight against the gender mainstreaming imposed by the EU in its member states. This disapproval appeared to be seated in a pastoral letter that the Polish bishops circulated on December 29, 2013, that described gender ideology as “deeply destructive to the person, inter-human relations, and all social life.” Further, the letter stated that gender ideology is “strongly rooted in Marxism and neo-Marxism” and it particularly condemned the onslaught of all matters of gender against children. “Therefore, it must arouse the greatest concern that an attempt is now being made to redefine marriage and family, especially by supporters of this ideology of gender.”

In 2016, the UN blasted Hungary for alleged “gender discrimination” hidden under traditional views on life and family, as LifeSiteNews reported.

Prüller-Jagenteufel set his conference in a stance diametrically opposed to the Polish bishops and Hungary’s conservatism in their defense of the “traditional” family and support for natural law. The professor argued that “the deconstruction of roles ascribed to men and women does not mean to destroy it; […] but to enable more freedom in the determination of one’s own life.” He acknowledged that “gender is an offense to Christian anthropology, since to be a man cannot be understood as more fundamental than what it is to be human.” He draws the conclusion that this is the reason Pope Francis instituted a commission for the historical research of women deacons.

Willfully or not, his statements undermine a defense of the Catholic Church in the face of a rapidly secularized and de-moralized West.

German-speaking specialists have already published the link between the sexual revolution and gender ideology, but Prüller-Jagenteufel did not enter that discussion. Nor did he address the struggle of Catholics in Germany to keep genderism from being imposed on children as young as age 10 in the school system.  Rather, the Symposium chose to host talks such as “Gender – Between reproach as ideology and claim for equality; Limits and paradoxes in the Catholic Church” and “Equality and/or difference – the image of God in a gender-sensible light.” Also, “Surprisingly bad – the Catholic gender critique” and “Gender and Inclusive Liturgy: The Essential Role of Liturgical Language to Dismantle Patriarchy and Nurture Healing and Liberation.” The first day of the conference closed with the event, “Socializing with bread and wine.”

News of the conference is on the website of the archdiocese of Vienna, under Cardinal Christoph Schönborn, who also granted the teaching license for Prüller-Jagenteufel as a professor in Vienna.

Catholic and Protestant presenters came from German-speaking countries, Eastern Europe, the Netherlands, and the United States. This Gender-Symposium was embedded within a larger three-year international research project. The previous conference was in the Philippines in July.