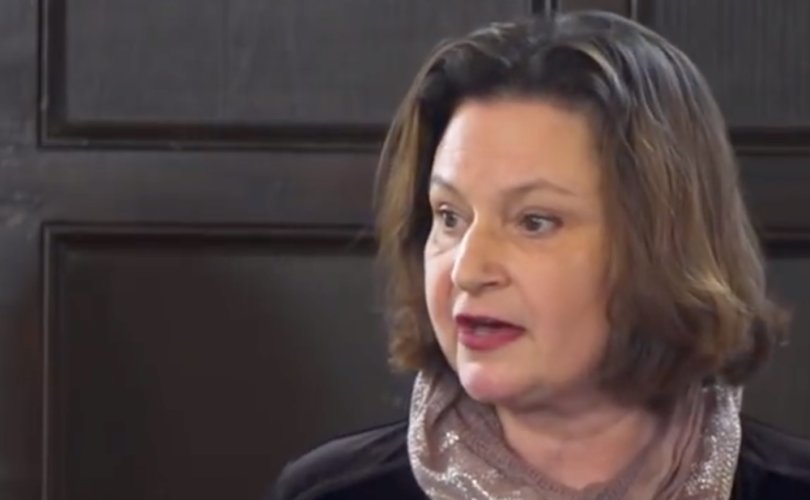 September 12, 2019 (LifeSiteNews) – This week’s episode of The Van Maren Show features a discussion with Mary Eberstadt, a prolific social commentator and public speaker, former fellow with the Hoover Institution and the Ethics & Public Policy Center, and the author of several books, including the just-released Primal Screams: How the Sexual Revolution Created Identity Politics.

Jonathon Van Maren begins by asking how Eberstadt first became interested in studying the sexual revolution. She recalls how, while working for The Public Interest, editor Irving Kristol identified Humanae Vitae as the “single document [that] best predicted the world as we know it,” a claim she found vindicated years later while reading it for an essay. “And so this led me to think that if the most reviled public document of our time…was nonetheless the best at predicting the world as we now find it, what else might be out there that wasn't common knowledge?” she explains.

Eberstadt calls Primal Screams a “capstone” to her work because it examines the sexual revolution’s impact “at its very widest in the global picture.” She argues that identity politics is among those influences, because it’s “grounded in this frenzy, this moral panic in which many people no longer know who they are and are looking for collective identities to adhere to,” as well as the revolution’s “upending of the family unit and the communal unit.”

Van Maren asks Eberstadt about her contention that “political identitarianism is a bastard child of the birth-control pill,” which she explains by arguing that white nationalism — as well as feminist and gender-identity groups — are all rooted in the phenomenon of “people talking about how they never felt connected to a community” until discovering movements rooted in certain shared characteristics.

“And this I think is very new in history,” she adds, noting that previous examples of “large masses of people in society not knowing who they are and saying that they were looking for an identity” simply don't exist.

The sexual revolution contributed to the phenomenon in several ways, Eberstadt argues, including abortion having “erased many millions of people from among us who would have been our fellow community members of some kind,” and divorce and cohabitation ensuring “that a lot of kids grow up without both biological parents in the home. Families are smaller.”

“Rage is what a lot of identity politics is about,” Eberstadt argues, a rage that transcends political divisions because it’s rooted in a pre-political, pre-rational sense of “having been deprived of something that one really wants.” This can be seen in the “language of cultural appropriation,” she says, “when people start screaming about how you can't have that. That's mine. You can't wear that Halloween costume. That's mine. You can't cook that taco, you don't have the ethnic background required to own that taco…that language is the language of a toddler.”

As for modern feminism, Eberstadt argues it’s actually made things worse for women, from abortion and contraception’s failure to make women happier to the #MeToo phenomenon. “I mean, what kind of world in which Fifty Shades of Grey is a popular phenomenon is a woman supposed to feel safe?” she asks. And yet, she laments, feminists identify religious traditionalists as their enemy rather than recognizing the ills wrought by such a sexually licentious culture.

More generally, “identitarians have authentically identified that they feel something has been lost,” she concludes. “But they've fixated on the wrong answer to that. I think what they're responding to is the collective predicament of much of mankind at this point, which is that we are social creatures who are not living in social society the way we are meant to or the way that is best for our flourishing.”