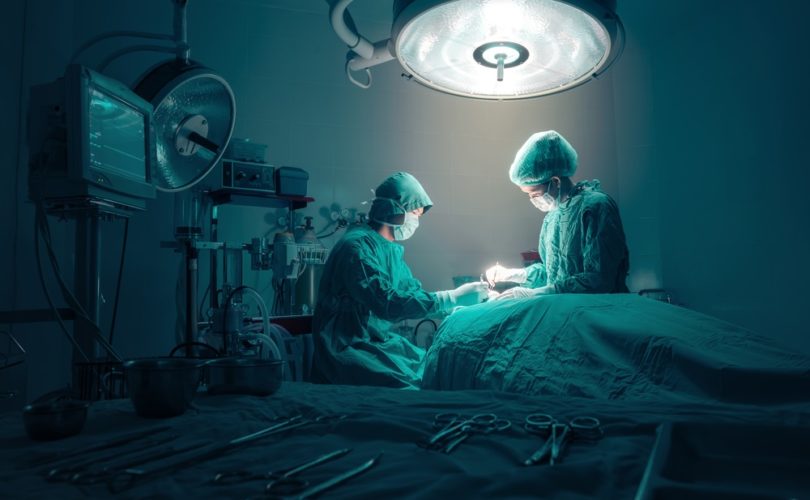 The op-ed said residents were “lucky” to have the facility in town – the exact kind of language you’d expect from a paid spokeswoman for the university. While the spokeswoman for Vanderbilt made it sound like the clinic provides altruistic, loving care, in reality it’s all about the money, as exposed by Daily Wire’s Matt Walsh.

Patrick Rodgers, the editor-in-chief, did not respond to an email Tuesday morning that asked about the lack of a disclosure, nor did Phillips.

“Everything else from today aside, I’m surprised to see how many people don’t know the university and the hospital are two separate entities,” she tweeted yesterday evening.

But her role as a spokeswoman means she presumably represents or could represent people who work at Vanderbilt University and are affiliated with the medical center.

For example, Walsh’s reporting uncovered that Professor Ellen Clayton warned that medical professionals who objected to the transgender surgeries could face consequences. Clayton is both a law and medical professor at Vanderbilt University. “Don’t work at Vanderbilt,” if you do not want to mutilate kids, Clayton said.

Phillips herself acknowledged that many kids who have their reproductive abilities permanently severed or get injected with hormones that can lead to serious medical complications, will regret it. She compares this to letting kids play football.

“This should go without saying, but we let kids make permanent, life-altering decisions that hurt them all the time. It’s called ‘football,’” Phillips wrote. “If you have top surgery and later regret it, that’s a hell of a lot easier to repair than a brain riddled with chronic traumatic encephalopathy.”

“We see what happens to people with CTE — the memory loss, the suicides, the violence against family members — and we all know it’s caused by bashing your head, and how many of us spend our weekends watching kids bash their heads,” she asked.

The best part of this article is that @AuntB literally works in marketing for Vanderbilt, yet that fact is nowhere disclosed in this propaganda piece published by @NashvilleScene pic.twitter.com/skicd9W4lZ

“And some of those decisions will be hard to live with. This is why we are lucky as a community to have a pediatric transgender clinic in town,” she wrote. “We have a place where kids who are dealing with huge decisions with far-reaching implications can speak with medical professionals. They can find support and have their questions answered. They can hear from adults who have perspective they don’t have.”

But credential medical professionals have warned about the harms of transgender surgeries and drugs, including in children.

California endocrinologist Dr. Michael Laidlaw previously warned that females who take puberty blockers could set themselves up later in life for risky pregnancies, due to their pelvis not fully developing.

“When puberty blockers are used on a young girl, along with the drop in bone density relative to her peers, her pelvis will be ‘frozen’ in a childlike configuration,” Dr. Laidlaw explained. “It is not known if stopping puberty blockers by a certain age might still allow a window of opportunity for the female pelvis to reach optimal configuration for birth.”

“A pelvis that is not optimally configured for birth could put mother and baby at increased risk for obstructed labor,” he warned, as part of an extensive review on the research into transgender drugs and surgeries.

Furthermore, three medical school professors, based on a review of available data on transgenderism and mental health, concluded that “it would not seem prudent to embrace hormonal treatments and sex reassignment as the foremost therapeutic tools for treating this condition.”

“While there is much that is not known with certainty about gender dysphoria, there is clear evidence that patients who identify as the opposite sex often suffer a great deal. They have higher rates of anxiety, depression, and even suicide than the general population,” Washington University School of Medicine professor Dr. Paul Hruz wrote, along with Johns Hopkins’ psychiatrists Dr. Lawrence Mayer and Dr. Paul McHugh.