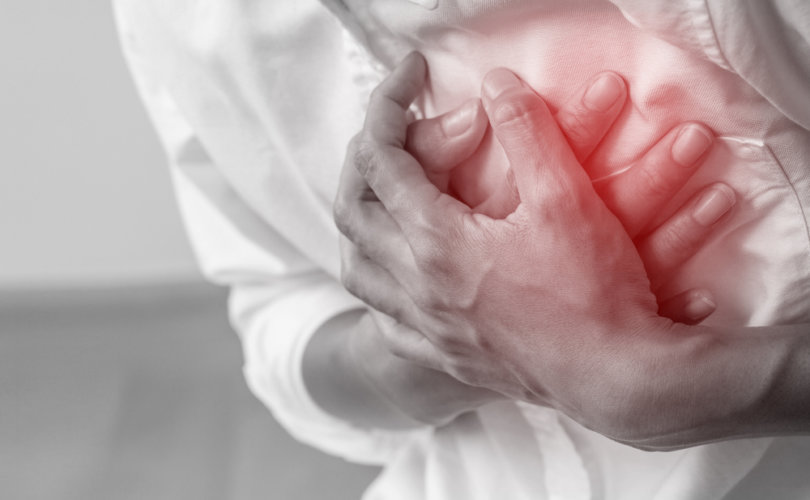 Will
Jones
Will Jones
Comments
0

(The Daily Sceptic) – The lead author of a pre-print study in the Lancet examining all-cause mortality in the COVID vaccine trials has said that her work shows a “potential danger signal” for heart-related deaths connected to the mRNA vaccines that “warrants further scrutinization.”

Speaking to UnHerd‘s Freddie Sayers, Professor Christine Stabell-Benn from the University of Southern Denmark added that there is “major pushback” to her efforts to investigate the effects of vaccines on all-cause mortality and many regulators and companies simply don’t want to know.

While stressing that the numbers in her study are often too small to provide statistical significance and ground firm conclusions, Prof. Stabell-Benn observes that “there is an overweight of cardiovascular deaths in the Pfizer group” which is “a potential danger signal that warrants further scrutinization.”

Addressing the wider context of safety signals from the mRNA vaccines, she adds (from 22’50”):

“I think there are danger signals in relation to cardiovascular deaths and diseases. We know that now with certainty for the mRNA vaccines with respect to myocarditis and pericarditis. But also anecdotally, I would say there are reports of cardiovascular deaths which I think deserve further scrutinization. This is just a piece in the puzzle, but it adds to the evidence that suggests this is something which should be investigated further for the mRNA vaccines.”

Prof. Stabell-Benn calls for back-to-back comparisons of the two new vaccine types, mRNA and adenovirus-vector, to compare their effects on all-cause mortality.

Addressing the politics of her research, she admits there is “not a lot of interest” from regulators and companies. “There is major pushback to be honest.” She adds:

“It is also a bit of a Pandora’s box, I think, for health authorities, because if they start acknowledging these effects there is also the huge problem of potential negative non-specific effects that have actually been brought to the attention of the WHO [World Health Organization] already 20 years ago, but they haven’t really responded with the investigations. So you can see the potential backlash for the WHO, for vaccination programmes, if it actually comes out that some vaccines have carried these negative non-specific effects.

So I’ve been in this business for many years and I know that there are powers out there who aren’t interested in really digging into these findings. And again, it also has implications for the way we test vaccines, so you can see it is complicated stuff also for companies, for regulators, if we need to design vaccine phase 3 trials which do not only study the specific disease but also study all-cause mortality and morbidity.”

Would she recommend COVID vaccination, Freddie asks. Based on what we know currently, “I wouldn’t recommend vaccination of anybody [under] 50 years of age” with the mRNA vaccines, she says.

Is she vaccinated? That’s “private,” she laughs.

Asked if she would recommend either vaccine to her (hypothetical) adult children in their twenties, her answer is an immediate and emphatic “no.”

“That comes from decades of studying non-specific effects of vaccines and realising that the protective immunity against the vaccine disease can come at a high price. With the unknowns in relation to the new vaccine types, I would be on the safe side of things and say that as long as your risk of severe COVID is low then I wouldn’t run the risk of taking a new vaccine which hasn’t been tested for its overall health effects. And regrettably, we still lack that data. We tried to do the best we can with the very limited data in this study that we have now submitted, but it’s not good enough.”

In the interview, Prof. Stabell-Benn also draws attention to the statistically significant benefits her study finds for all-cause mortality and cardiovascular mortality from the adenovirus-vector vaccines (in contrast to the mRNA vaccines).

I have discussed this aspect of the study in a previous post, drawing attention to the fact that, with the more recent and complete data from one of the large adenovirus vaccine trials, the apparent mortality improvement is now much smaller and no longer statistically significant.

Also, the trial mortality data suffer (as Prof. Stabell-Benn herself acknowledges) from small numbers susceptible to freak random occurrences (in one study there are four accident deaths in the vaccine arm versus zero in the control arm) and very short follow-up times.

During the interview, Freddie suggests that the U.K. may have done better than much of Europe in terms of overall mortality because it used the AstraZeneca adenovirus-vector vaccine widely, unlike Europe which largely dismissed it.

However, contrary to this claim, the U.K. was actually one of the worst in Western Europe for overall mortality for 2020 and 2021, as shown below.

The U.K. also did not escape the Europe-wide wave of non-COVID deaths in the second half of 2021.

There is no evidence here I can see for the idea that the adenovirus-vector vaccines are peculiarly beneficial for all-cause mortality.

In my original post on this study I noted that the alarming increase in cardiovascular deaths Prof. Stabell-Benn is now calling a “potential danger signal” went “oddly unremarked upon in the paper.”

Instead, the focus was entirely on the apparent mortality improvement from the adenovirus-vector vaccines. I suggested this was “due to the authors being wary of criticising the vaccines in order to be published” and lamented this likely state of affairs.

I pointed out that, while these findings were not statistically significant, the effect size was large and “in the context of wider concerns about adverse effects of mRNA vaccines on the cardiovascular system, warrant some comment, if only to flag them up and say larger studies are needed to see if statistical significance obtains.”

I’m very pleased to hear Prof. Stabell-Benn now doing exactly this publicly – and dismayed to discover that my guess was presumably correct, and the politics did not allow her to include these important observations in the paper itself.

This is, of course, not good enough. The “powers” Prof. Stabell-Benn refers to are far too protective of their vaccines, manipulating the press and wider society to go along with their propaganda, usually by appealing to the idea of maintaining confidence in the vaccines in order to promote take-up.

In the U.K., we even had the Queen and the Archbishop of Canterbury enlisted in telling people they have a duty to be vaccinated.

Of all medicines, vaccines are peculiarly susceptible to this kind of manipulation and propaganda, as while most medicine is just taken by the sick to try to make them well, vaccines are often believed to work best if as many people as possible take them to try to eliminate the disease completely or reduce it to minimal levels.

This is unfortunate, because as drugs uniquely taken by the healthy and well, it is even more important that they are very safe, and propaganda to bolster ‘confidence’ is antithetical to a culture that investigates fully and properly the impact of vaccines and is open and transparent about the results.

In this light, the significance of the concept of ‘herd immunity’ for vaccination and its role in suppressing free and open scientific enquiry and media reporting needs to be scrutinized. It may be that for many vaccines, herd immunity is an unhelpful concept that wrongly puts the focus on universal take-up and maintaining confidence – instead of on focused take-up by the higher risk – and so covers vaccines in a shroud of propaganda that conceals crucial information and smothers honest investigation.

Prof. Stabell-Benn is right that there are danger signals for these vaccines, and not just for the mRNA ones. It’s time to strip away the protective blanket of ‘confidence’ propaganda they have been covered with since the rollout began and look at them in the cold light of day to see what we have created.