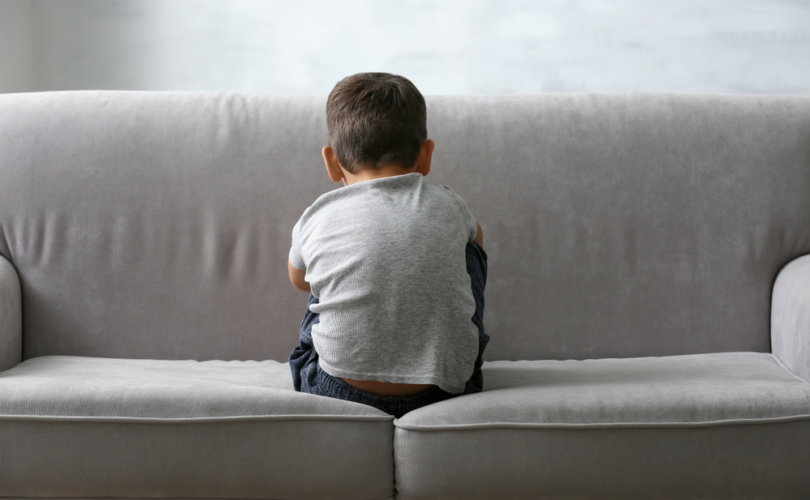 LEEDS, United Kingdom, March 19, 2019 (LifeSiteNews) – UK authorities threatened to take an autistic teenage boy from his parents when they objected to doctors prescribing him hormones to facilitate him transitioning into a “girl.”

Physicians at Leeds Tavistock Clinic, which is authorized by the National Health Service to deal with minors experiencing gender dysphoria, recommended that the boy be given puberty-blockers to delay his physical development because he believed that he is female.

Fearing the effects of the medications, his parents stopped taking him to the clinic after concluding that his decision to begin transitioning to “female” was related to his autism.

According to the Daily Mail, once the boy informed school authorities that his parents had barred him from going ahead with his plans, a teacher told his parents that they should honor his wishes or he would be placed in foster care.

Additionally, school authorities charged that the parents were “emotionally abusive” for refusing the so-called sex change for their son, reporting them to social services. Six months later, social workers decided he could suffer “significant harm” by living with his parents, and put him under a child protection plan. Once a family friend was placed in the home, authorities ended the protection plan.

The mother told the Daily Mail that the ordeal nearly “broke” her family. She told the newspaper, “I’m absolutely devastated. When I saw the report that social services wrote about us and saw the words ‘emotional abuse,’ I just broke down.” The mother said she and her husband wanted their son to think about his actions, worrying that should he undergo a surgical “sex-change,” he may eventually realize he had made a mistake.

LifeSiteNews has reported in the past that minors have been placed in foster care in the UK when their parents refused to go along with their “sex-change” therapy.

Even while there has been an increase of minors demanding gender transitioning in both the U.S. and UK, resistance to transgenderism may be growing.

Britain’s Minister for Women and Equalities Penny Mordaunt asked for an inquiry last year into why there has been a 4,400 percent increase in girls being referred for “transitioning” services in the past decade. According to a report in the Financial Times, British officials were to examine the role of social media and the teaching of transgenderism in schools. Some members of Parliament are concerned that hormones are offered too readily to children as young as 10 without understanding their reasons for questioning their biological sex.

Parents are also stepping up to oppose the alarming trend.