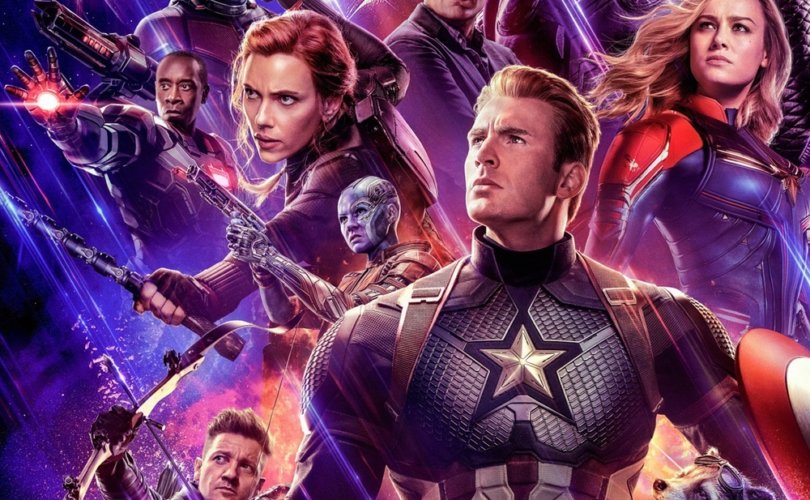 After the villainous Thanos (Josh Brolin) wiped out half the world’s population at the end of last year’s Avengers: Infinity War, an early scene in Endgame features a support group for survivors coping with the loss of their loved ones. An unnamed member (played by co-director Joe Russo) discusses how he’s attempted to move on by starting to date again, referring to his dinner companion as “he” and “him.”

“Representation is really important,” Russo told Deadline. “It was important to us as we did four of these films, we wanted a gay character somewhere in them. We felt it was important that one of us play him, to ensure the integrity and show it is so important to the filmmakers that one of us is representing that. It is a perfect time, because one of the things that is compelling about the Marvel Universe moving forward is its focus on diversity.”

About this scene, Focus on the Family's Plugged-in reviewer wrote: “A man in Captain America’s support group talks about seeing another guy, apparently romantically.”

The moment was apparently meant to satisfy years of demands by LGBT activists to put homosexual or “transgender” characters on the big screen, complaints that only intensified after Marvel cut brief moments identifying LGBT characters that were originally filmed or written for Thor: Ragnarok and Black Panther.

Feige has made multiple promises over the years that Marvel LGBT representation would come eventually, which some such as entertainment journalist Grace Randolph dismissed as him habitually saying “yes to everything he's ever asked because he doesn't want any negative coverage.”

“The world is ready,” for a gay superhero, Marvel production chief Victoria Alonso declared in March.

So it took Marvel 22 movies and the elimination of half the population to find a single gay man in their cinematic universe? pic.twitter.com/7lMKYWHj2g

Marvel: We have LGBTQ representation!
Me: Does the character have a name?
Marvel:
Me: They didn’t have a name on screen. Can you tell me what the character’s name was in the script?
Marvel:
Me: Did you list him as Gay Character #1? Guys? Oh god. Did you?
Marvel: …. cmon man

“The fact that he plays an unnamed character with a few lines almost feels like a slap in the face to the people waiting 22 movies to see themselves represented onscreen,” ComicBook.com’s Jamie Jirak wrote. “A gay character with a name who also happens to be an Avenger or a person close to the Avengers would have been much better.”

Charles Pulliam-Moore of science-fiction blog io9 (a former Gawker Media site) went so far as to declare that Endgame’s “gay representation is bullshit,” because “when we talk about milestones of on-screen representation in multimillion-dollar franchise’s [sic] like Marvel’s, nobody is talking background characters who get a few lines before vanishing into the cinematic ether.” He suggested that Marvel should have instead fit a “coming out narrative” for an established hero into the three-hour film.

So far, Endgame’s LGBT representation has done little to hurt its standing among conservative critics and moviegoers. Breitbart’s John Nolte hailed the film for having “something good to say about the world, a real philosophy about the importance of humanity, family, and self-sacrifice,” while Warner Todd Huston suggested that Marvel learn from disgruntled LGBT critics that appeasing them is impossible.

“So, on one hand, the radical gays have been whining that there aren’t any gays in the Marvel films, but when one does show up in a Marvel film (and the BIGGEST film in history, yet) now it’s a ‘slap in the face,’” he wrote. “They will never be satisfied until everyone accepts any matter of deviancy.”