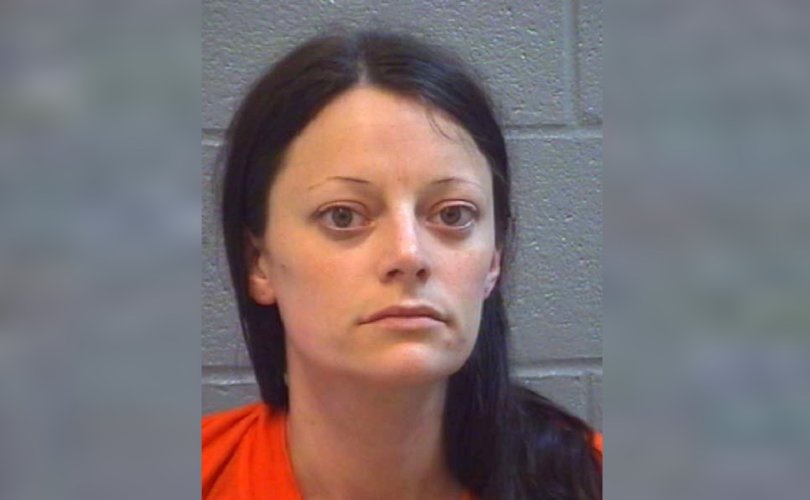 PHOENIX, Arizona, September 27, 2018 (LifeSiteNews) – The Supreme Court of Arizona will review the 2016 conviction of a woman who was found guilty of faking a cancer diagnosis to obtain a late-term abortion at taxpayers’ expense.

Chalice Renee Zeitner was arrested in 2015 for a sequence of events that started in 2010, when she told doctors she needed an abortion because her pre-born baby had been exposed to radiation during chemotherapy.

Her child was found to be healthy, however, so she allegedly forged a letter from a doctor confirming the abortion was medically necessary. She had her baby aborted around 22 weeks of pregnancy; the child reportedly lived for 20 minutes after delivery, but was left to die.

A year later, a C-section for her next pregnancy found no indication that Zeitner ever had cancer, and the doctor she listed as having treated her for cancer denied having done so. In addition to the more than $6,000 spent on her abortion-related medical bills, she also allegedly operated a fake fundraising website and defrauded multiple veterans’ charities for thousands of dollars.

Prosecutors charged Zeitner with fraud, identity theft, forgery, and other related offenses. Her attorneys argued that she sincerely believed she had cancer at the time, but she was convicted in 2016 on 11 counts related to fraud, theft, and forgery. Between those and two other criminal cases, Zeitner was sentenced to 28 years in prison.

Now, her attorney Adam Schwartz is arguing that the court should have suppressed her medical records and other information obtained from six doctors who treated her, because she did not consent to having her confidential medical history disclosed. The state Supreme Court has agreed to hear the case, the Arizona Capitol Times reports.

In January, Zeitner tried and failed with the same argument before the Arizona Court of Appeals, which concluded that state law not only allows but requires the disclosure of medical information in cases of potential fraud.

Zeitner’s baby was born just two weeks short of Roe v. Wade’s 24-week cutoff point for allowing the protection of “viable” children, a standard which medical advances have rendered outdated. A 2015 study in the New England Journal of Medicine found that almost one in four babies born at 22 weeks could survive with medical treatment, while anecdotal instances of children surviving births as early as 20 weeks have been reported. Abortions past 24 weeks are legal and available in many parts of the U.S., though; abortionists LeRoy Carhart, Warren Hern, Susan Robinson, and Shelley Sella openly advertise that they commit third trimester abortions.